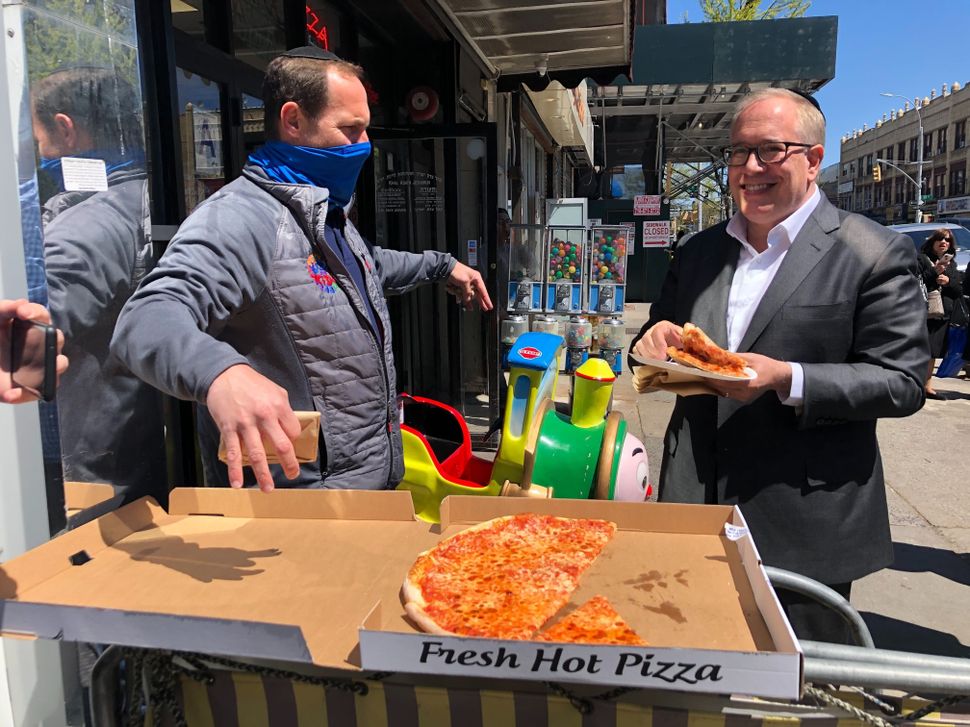 Scott Stringer, one of the leading candidates for mayor of New York City, took his campaign to one of the most heavily Orthodox neighborhoods in Brooklyn on Monday to improve his standing among a group of voters aggressively courted by other leading contenders.

Stringer, who is competing for second place in the June 22 Democratic primary according to recent polls, has been lagging behind Andrew Yang and Eric Adams in outreach to Orthodox Jews, who historically have been an influential voting bloc in local elections.

“I think that the decision that people have to make is who is best to be mayor at this moment and time,” Stringer told the Forward while walking on 13th Avenue in Brooklyn. 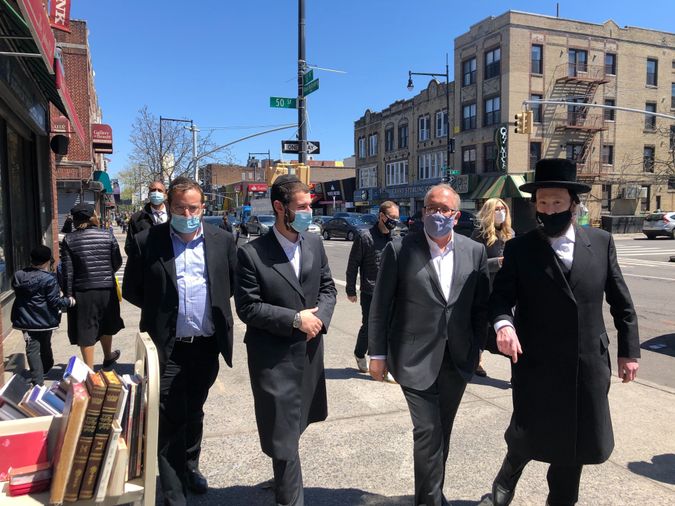 “I don’t think we can afford a mayoralty on training wheels,” he said in an apparent dig at Yang, who has never held office before. “Plus I have deep roots in the community going back years, and I think that will be important as we meet the needs of other communities, especially the Orthodox. I’m someone who’s trusted and has deep relationships.”

Stringer, the city’s comptroller, has been a frequent leader on progressive issues and is supported by some elected officials affiliated with the Democratic Socialists of America, which supports the Boycott, Sanctions and Divestment movement. Stringer told the Forward in a recent survey that he is opposed to BDS “principally because I believe it is a barrier to direct negotiations that are the best way to achieve a just and peaceful resolution of the conflict.” But he has said that he would not attempt to limit any individual’s right to peaceful expression.

As he walked along the street, Stringer greeted local business owners — who in turn wished him hatzlacha (good luck in Hebrew). He also stopped at Amnon’s Pizza, a popular kosher pizza shop, to buy a pie, and at Eichlers Judaica to purchase books for his two boys. 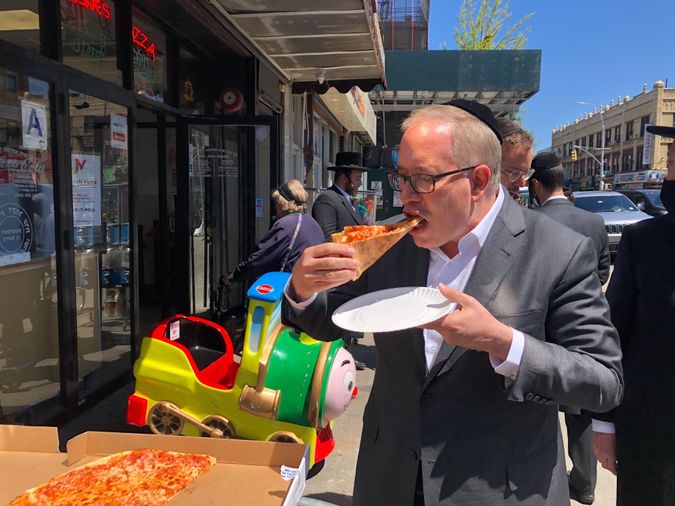 Stringer maintained that while he doesn’t seem to be aligned with the Orthodox community on some key issues, including social ones, he is comfortable with his standing. “As you can see walking on the streets, a lot of people know me,” he said. “I think a lot of people voted for me. But I have to make the case that I would be the best mayor for the entire city.”

Stringer has seen momentum for his campaign grow in recent weeks with the endorsements of the Working Families Party and the United Federation of Teachers. “We’re winning this race,” Stringer said on Sunday. “I have seen this movie before. I have been in the exact same position.” In his 2013 campaign for comptroller, he beat former Gov. Eliot Spitzer in a hard-fought primary that was considered a longshot bid.

Earlier in the day, Stringer met with leaders of the Hasidic Bobov and Belz sects, which are considered to be the largest voting blocs in the neighborhood. Ezra Friedlander, a prominent member of the community who has worked with Stringer for over a decade, said that the candidate has maintained a working relationship with these local communal leaders as city comptroller. He suggested that the Orthodox community will support Stringer simply because “he is prepared possibly more than any other recent candidate for mayor.” 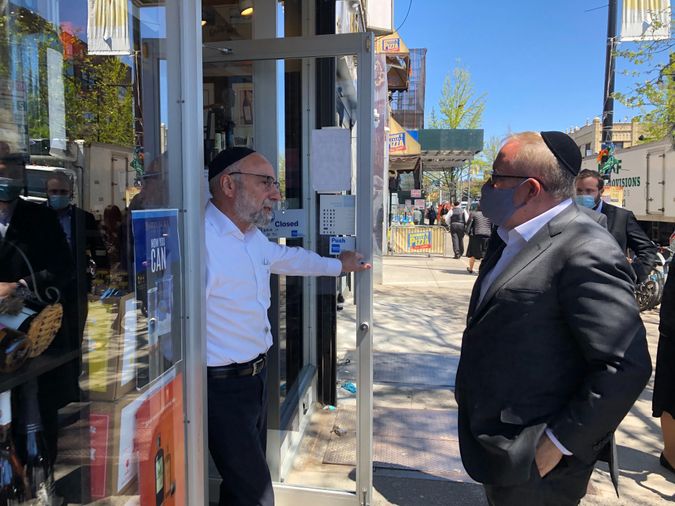 The campaign tour comes a day after Stringer received the endorsement of a leading Muslim group, the Muslim Agenda for 2021 & Beyond, as their first choice for mayor in a ranked-choice election. “It is not lost on me, as the only Jewish candidate for mayor – or certainly the Jewish candidate running for mayor – to have the support of the Muslim community is a tremendous honor and responsibility,” Stringer said in a press conference in lower Manhattan on Sunday.

“We continue to build a very good coalition that I think will propel me to win the Democratic primary,” Stringer said on Monday. “I felt that way the day I announced and nothing has changed in terms of my feeling.” Pointing to his 2013 upset, Stringer said, “I’m a pretty good closer in the end.”