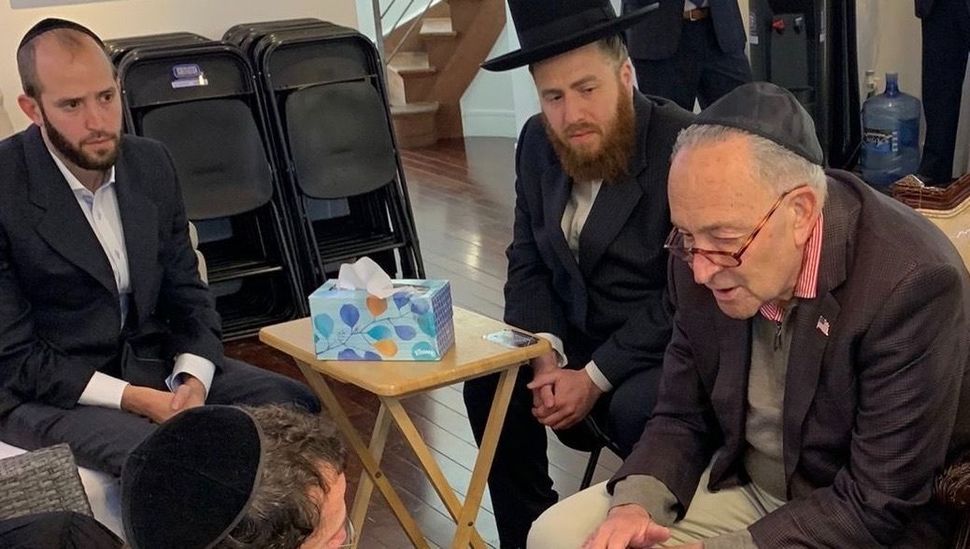 The 22-year-old Knoblowitz was one of 45 people, including six Americans, who died in the crush of a celebrating crowd during the Lag B’Omer festival at Mount Meron last week.

“There is a greater wisdom, there’s a reason we can never understand,” Schumer told the grieving parents at their home in Brooklyn, pointing his finger upward, according to a video shared by Ezra Friedlander, an Orthodox lobbyist who accompanied the New York senator. The parents, Dovid and Tova, showed Schumer an album of their son’s engagement party that took place two weeks before his death. 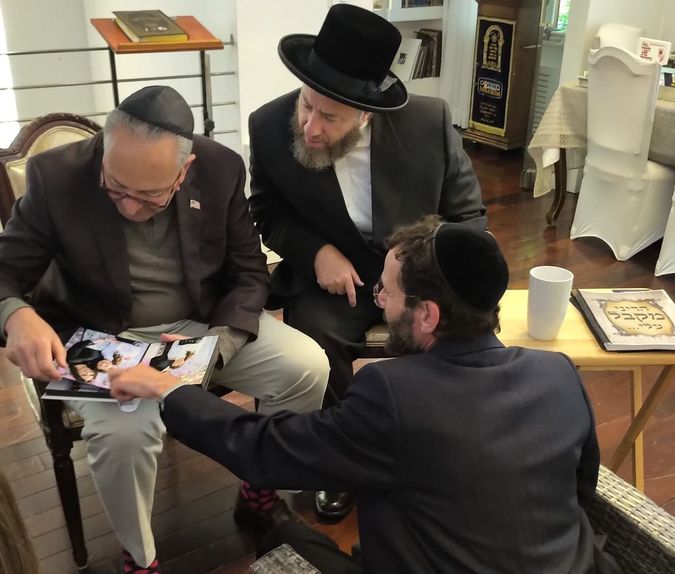 “I am not a frum person, because when my grandfather came over here his uncle didn’t raise him very well. But I have a deep faith in Hashem, ” said Schumer, using the Hebrew word for God.

Schumer noted that he is the highest politically ranking Jew in American history and the first Jew to serve as the leader of the U.S. Senate.

“I have a Jewish heart – a neshomo,” Schumer told the father, using the Hebrew word for soul. “I have a deep faith in God. If I didn’t I wouldn’t be in this job.”

The Senate leader said that having the Democrats in charge of the legislative branch “helps the community more, even though philosophically there might be differences” between the party and the Orthodox community to which the Knoblowitz’s belong.

Before leaving, Schumer stood up and recited Hamakom Yenachem, the traditional prayer to comfort mourners, in Hebrew.

“May Menachem Knoblowitz’s memory be a blessing. This was an absolute tragedy, and the family – and the families of all who lost loved ones – are in my prayers,” Schumer said in a statement.

Friedlander, CEO of the Friedlander Group, told the Forward that Schumer “visibly expressed his grief to the Knowlowitz family not only as the senator from New York or as Senate majority leader but as a fellow Jew who wanted to demonstrate his kinship during this most difficult time sharing expressions of faith.”