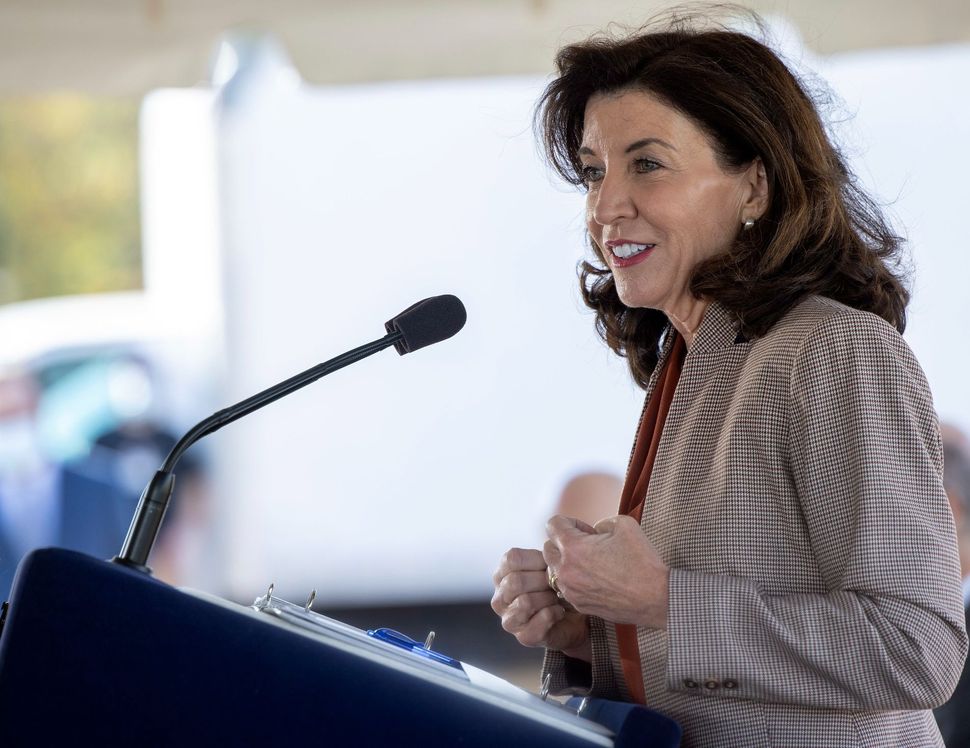 Becoming the 57th governor of New York earlier this summer came with a personal price for Kathy Hochul: she had to cancel a planned first-time trip with her family to Israel for the Thanksgiving weekend, the governor revealed on Monday.

“I have a few responsibilities now,” Hochul said in brief remarks at the American Friends of Rabin Medical Center annual gala at The Plaza hotel in Manhattan. 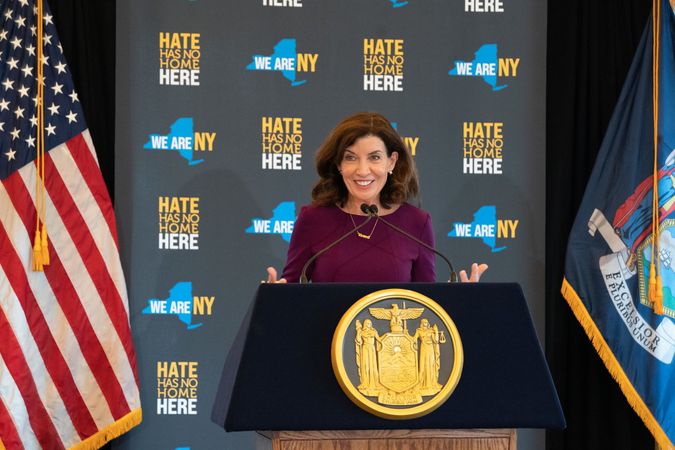 Governor Kathy Hochul makes an announcement on hate crime at the Museum of Jewish Heritage on October 6, 2021 Image by Office of Gov Kathy Hochul

Hochul, 63, said she promised her disappointed husband, adult children and their spouses that they would make the trip next year after passing a state budget in April and getting through “a couple of little elections,” referring to the expected crowded Democratic gubernatorial primary next June and the general election against the presumed Jewish Republican candidate, Rep. Lee Zeldin.

“I promise I will go there, with the help of many of you, in a year from now to celebrate a relationship that I’ve treasured since my days in Congress as a staunch supporter of Israel,” she said.

Hochul, who was lieutenant governor from 2014 until former Gov. Andrew Cuomo’s resignation in August, is considered a close friend of the New York Jewish community. She recently announced additional funds to boost security for Jewish and other religious institutions to fight a rise in antisemitic incidents.

Mara Koven-Gelman, director of the Buffalo Jewish Community Relations Council, told a local Jewish publication that Hochul told her in 2019 “would love to go” to Israel. But the coronavirus pandemic halted such a plan.

“As governor of New York, I will continue to deepen our relationship with Israel in any way I can,” Hochul said on Monday. “And I will always continue to make sure Israel knows that New York is a true friend and ally, forever.”