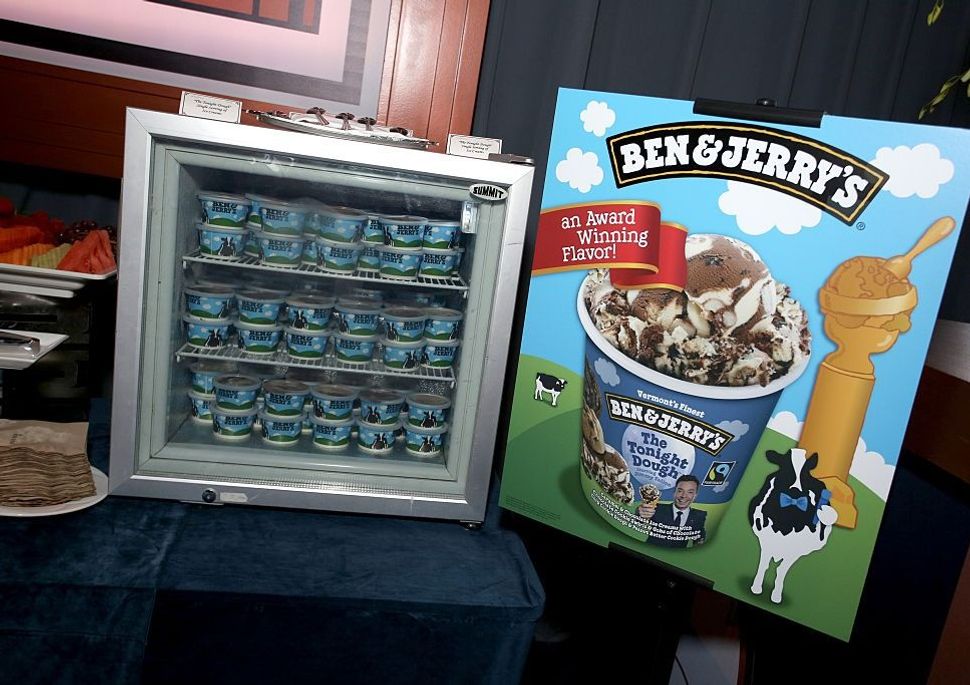 New York State has put Ben & Jerry’s and its parent company Unilever on a 90-day notice that all its government agencies and departments will likely soon divest from the companies because of the ice-cream maker’s decision early this summer to end sales in the Israeli-occupied West Bank.

The move complies with an executive order barring government business with any company that boycotts Israel “either directly or through a parent or subsidiary.” The order was signed in 2016 by former Gov. Andrew Cuomo and renewed by Gov. Kathy Hochul when she took office in August.

New York is one of 35 states with laws or executive orders designed to discourage boycotts of Israel, and one of at least eight that have taken steps to halt or withdraw investments in Unilever since Ben & Jerry’s announcement. Arizona and New Jersey have already divested all of their state funds from Unilever, and New York’s Common Retirement Fund — the third-largest public pension plan in the U.S. — announced last month that it will withdraw $111 million in actively managed holdings in Unilever after a 90-day review.

Ben & Jerry’s announced in July that it would end its relationship with the Israeli licensee that manufactures and distributes its products in the West Bank, saying that selling in occupied territory “is inconsistent with our values.” In an interview with Axios last month, the company’s founders, Ben Cohen and Jerry Greenfield, said the move was not a boycott of Israel, and indeed the company plans to continue selling ice cream within its 1948 borders.

“I think it’s fine to be involved with a country, to be a citizen of a country and to protest some of the country’s actions,” Cohen said. “And that’s essentially what we’re doing in terms of Israel. We hugely support Israel’s right to exist, but we are against a particular policy.”

New York State’s Office of General Services put Unilever on official notice with a letter sent on Friday to Alan Jope, the company’s chief executive, and obtained by the Forward. Unilever “appears to have engaged in boycott, divestment or sanctions activity targeting Israel that may require Unilever PLC on the list of companies or institutions that affected State entities are required to divest from,” the letter states. A similar letter was sent to the Vermont-based Ben & Jerry’s company.

If Unilever fails to effectively communicate in writing within 90 days that it has not engaged in any boycott activity, or that it has ceased such actions, the company will be added to the list of 11 companies that the state had already divested from.

Unilever has maintained that Ben & Jerry’s decision to pull out of the West Bank was made by the ice-cream maker’s independent social-mission board. Unilever itself has expressed its opposition to the Boycott, Divestment and Sanctions movement against Israel in a letter to Jewish groups in July.

New York Mayor Bill de Blasio suggested on Wednesday a “better and ideal” solution to the matter. He said the parent company should be given one last chance to “put their money where their mouth is” on BDS by making new investments in the region that could help propel Israelis and Palestinians toward a peace process.

“If they make that kind of commitment, I’d be very receptive,” de Blasio said during a daily news briefing. “If they refuse, then divestment becomes a much more necessary option.”