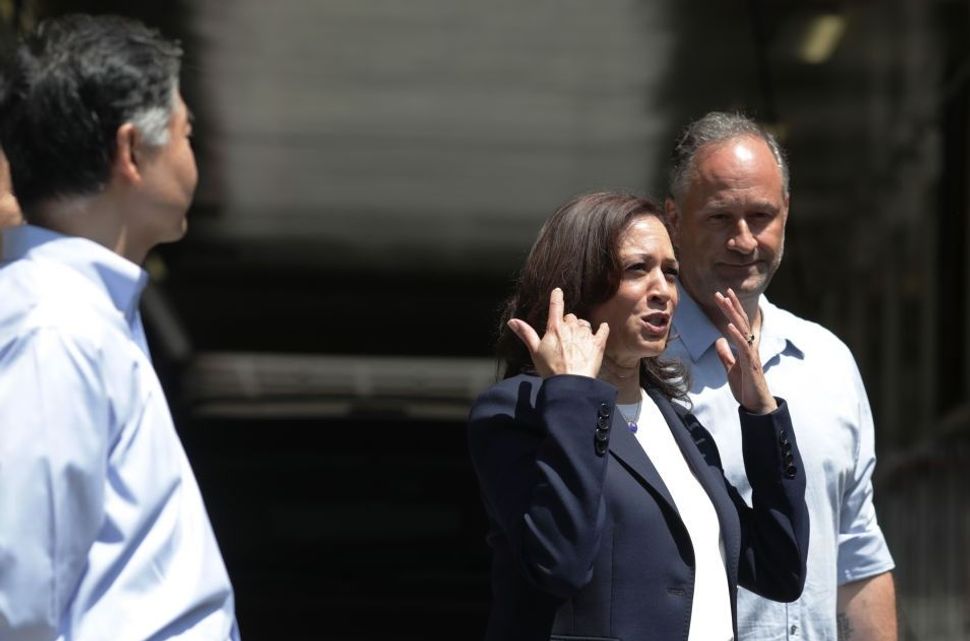 Vice President Kamala Harris and her husband Douglas Emhoff, who is Jewish, recently affixed a mezuzah to the doorpost of the vice president’s residence and have chosen another for the residence’s interior.

A mezuzah, a tiny scroll with auspicious biblical verses ensconced in a decorative case, in Judaism marks the home as a sacred space. It was attached to the front door frame of the vice president’s official home, on the grounds of the U.S. Naval Observatory about three miles from the White House, during a private ceremony on Oct. 7, Emhoff confirmed on Thursday.

For us, and for everyone, Thanksgiving is a time for reflection on the past year. One of my favorite memories was when our family visited and together we hung a mezuzah on the front door of the Vice President’s Residence. pic.twitter.com/Lj5jYM4Hic

Harris and Emhoff decided to put a mezuzah on their official residence in the spring when they moved into it, after it had undergone renovations, a White House official said.

The second gentleman’s parents, Barbara and Michael Emhoff, attended the ceremony to attach the mezuzah during their first visit to Washington, D.C., this year. It was officiated by Rabbi Peter S. Berg, senior rabbi of The Temple, a Reform synagogue and the oldest Jewish congregation in Atlanta, which lent them the mezuzah. Berg first discussed it with Harris during her visit to Atlanta in June on a nationwide tour to urge people to get vaccinated.

The Temple was bombed by antisemitic white supremacists in 1958, and forged strong ties with the Rev. Martin Luther King and Atlanta’s Black community during the Civil Rights Era.

Rabbi Berg led the Second Family in blessings and songs, including the ritual blessing to sanctify the space, and the Shehechiyanu prayer, which sanctifies something precious and new, the White House official said.

The rabbi described the ceremony as a “beautiful” emotional moment and “an extraordinary milestone” in U.S. history — the first time a mezuzah was placed on a federal executive residence. 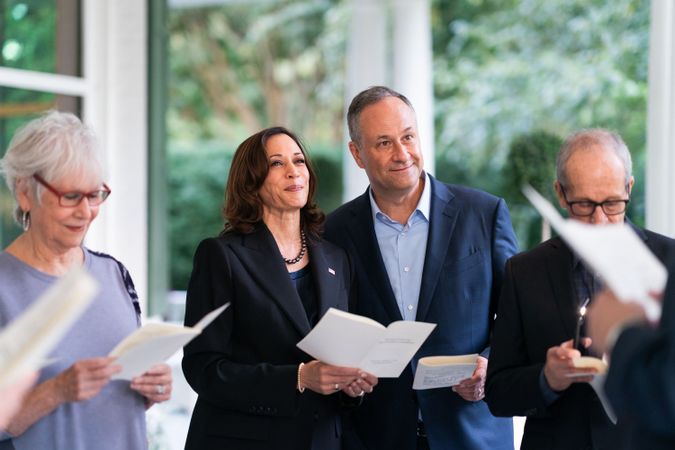 Vice President Kamala Harris and her husband Douglas Emhoff during a private ceremony to affix a mezuzah to the doorpost of the vice president’s official home on the grounds of the U.S. Naval Observatory Image by The White House

“I had the unique vantage point to be able to watch the second gentleman, the vice president and his parents during that ceremony and to see the tears in their eyes and how proud they were to reach this moment,” he said. “Both, the second gentleman and the vice president, off the cuff, spoke about what it meant to them personally, and that’s something I will always treasure.”

The couple has also selected a second silver mezuzah from the Magnes Collection of Jewish Art and Life at the University of California Berkeley, to be hung on a doorpost within the vice president’s residence. It was made from a design by Ludwig Yehuda Wolpert, a Jewish sculptor and designer from Germany who moved to the U.S. in 1956 and opened a workshop that wielded significant influence in the design of American Jewish ritual objects and places of worship. 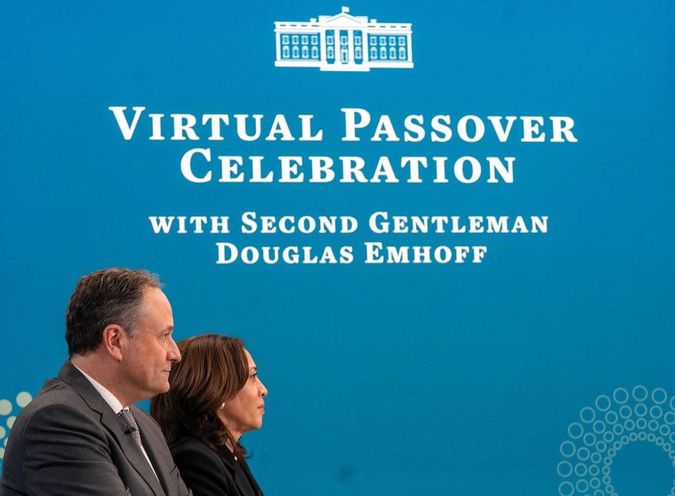 “I have always felt that Jewish values transcend politics,” Emhoff said in remarks recorded on video ahead of Rosh Hashanah. “And I have seen that more and more as I have connected with people and communities across our country.”

Harris and Emhoff headlined the White House virtual Passover Seder earlier this year and Emhoff led a White House call with Jewish leaders to discuss the administration’s efforts to combat antisemitism. Earlier this week, Emhoff addressed a gathering of the Jewish Democratic Council of America’s leadership in Washington and spoke about his connection to the Jewish community and his role in the Biden administration.