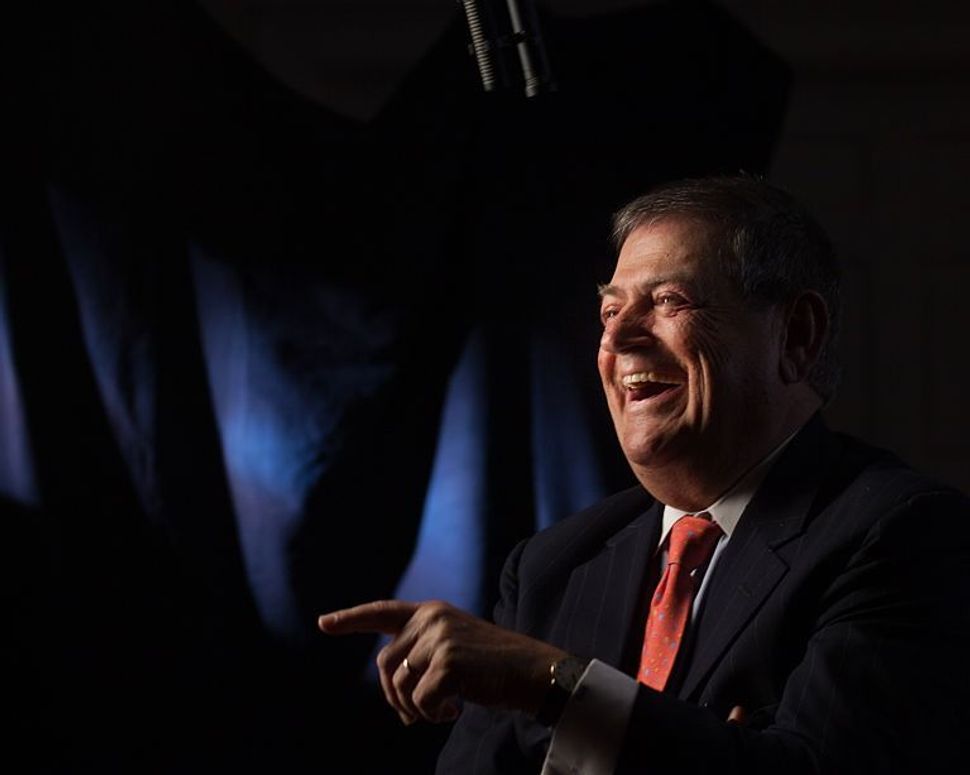 Ken Duberstein, believed to be the first of several Jewish Americans to serve as the White House chief of staff, died on Wednesday at the age of 77.

Duberstein, a Brooklyn native, served former President Ronald Regan in the last year of his second term. He previously worked as an assistant to the president for legislative affairs and interned for the late Senator Jacob Javits, a Republican from New York.

According to Axios, Duberstein was beloved by the national media for leaking valuable information from inside the White House during the Reagan administration.

James Baker, who was Reagan’s first White House chief of staff, marveled that Duberstein “just doesn’t have enemies.” Duberstein told The New York Times that as a Brooklynite he “always enjoyed working with people.”

As chief of staff, Duberstein developed a close relationship with Colin Powell, then Reagan’s national security adviser, who called him “Duberdog.” Duberstein once boasted to Powell that the pair “ran the U.S. government for two years,” according to veteran journalist Bob Woodward. “A Black who was raised on the streets of the South Bronx and a Brooklyn Jew were in these positions for the most conservative Republican president of the 20th century.” Powell’s early life was steeped in Jewish culture and Yiddish and it stayed with him until his death last October.

Joshua Bolten was the second Jewish chief of staff, working under President George W. Bush from 2006 to 2009. Rahm Emanuel, former mayor of Chicago and currently U.S. Ambassador to Japan, became the first Jewish Democrat to serve as chief of staff to President Barack Obama. He was followed by Jack Lew. President Joe Biden’s current chief of staff, Ron Klain, is also Jewish.

“Politics today could use some more Ken Dubersteins,” wrote Tevi Troy, former White House Jewish Liaison under Bush and author of “Fight House,” a book about rivalries at 1600 Pennsylvania Avenue.