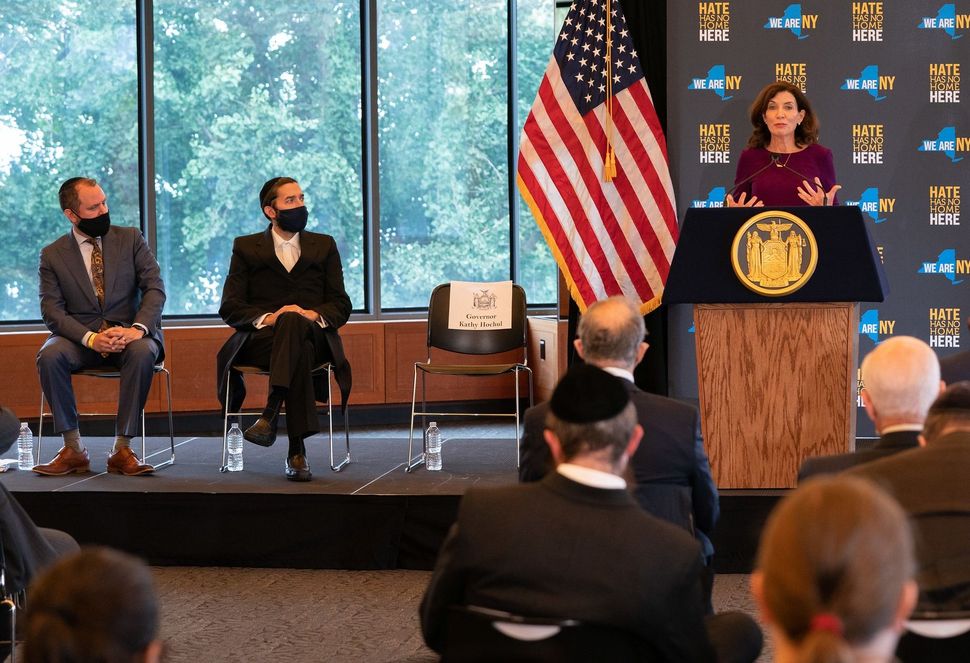 New York Governor Kathy Hochul has presented a plan that would amend the state’s controversial bail reform law in response to rising hate crimes as part of a legislative package ahead of a state budget deadline on April 1.

In a 10-point safety plan sent to lawmakers last week, Hochul suggested tweaking the state’s new bail reform law, which passed in 2019 as part of a criminal justice reform push by the Democratically-controlled state legislature, that eliminates the need for cash bail for those accused of committing misdemeanors and felonies, including non-violent hate crimes.

Under the revised plan, which still needs to be discussed with leaders of the State Senate and Assembly, hate crimes would become subject to bail. Such offenses are presently subject to lesser desk appearance tickets, a summons issued by a police officer to appear in criminal court.

An administration official, speaking on the condition of anonymity due to ongoing negotiations, said the plan is a “direct response” to an overall rise in crime across New York City, including a dramatic increase in antisemitism and anti-Asian attacks. Police department statistics showed that there were 56 incidents this February versus 11 in 2021. Overall hate crime numbers were also up. New York State led the nation with the most documented antisemitic incidents in 2020 — 336 of the 2,024 documented nationally — according to an audit published by the Anti-Defamation League.

“It’s a targeted almost surgical approach to give judges more discretion in the most dangerous cases,” the official said.

The bail reform law’s passage in 2019 ignited a debate because the Jewish community feared it would embolden antisemites, and came under renewed scrutiny in recent months.

The new move is facing fierce opposition from progressive Democrats. City Comptroller Brad Lander, claimed in a new report that the number of people who got rearrested for new offenses remained virtually unchanged after the reforms took effect last year.

The governor, who has been reluctant to address the issue in public, maintained that her proposal would not roll back bail reform, but make adjustments to address the flaws in the law.

Hochul, who took office last August following the resignation of former Gov. Andrew Cuomo, is seeking re-election this fall. She has already earned the backing of some prominent Orthodox leaders in an effort to lock up more support from the state’s 1.8 million Jews ahead of the Democratic primaries in June.

“Frankly, the governor wants to address the public safety issues so our state can rebuild stronger,” the official said. “But public safety and fairness can be achieved together and this plan aims to do that.”