Hochul gets backing of Orthodox leaders in NY governor race 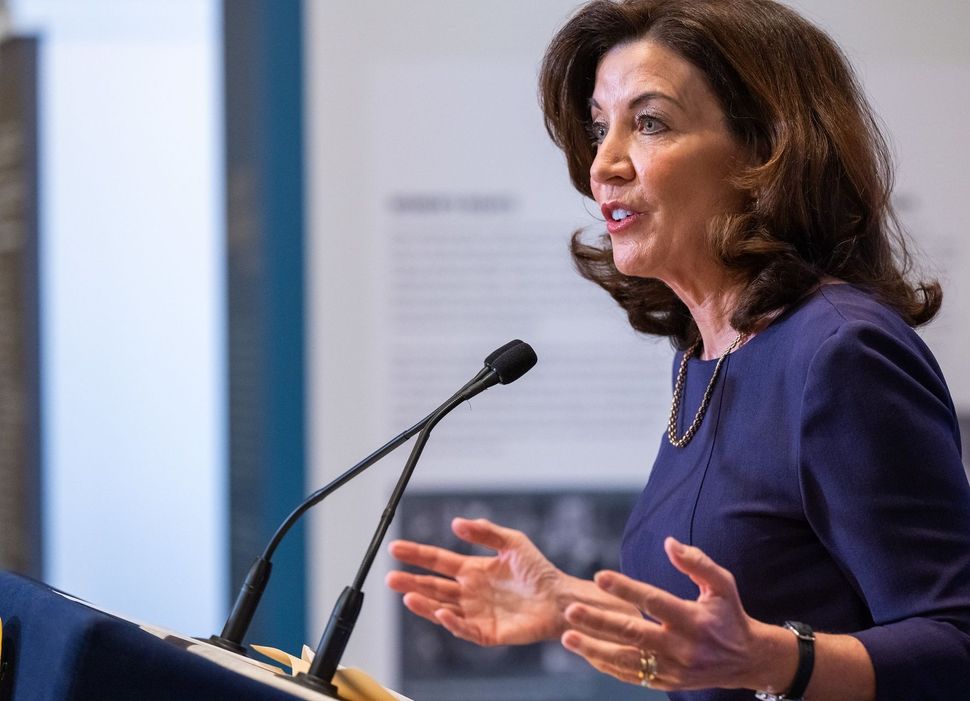 New York Gov. Kathy Hochul received the endorsement of about a dozen leaders of Jewish communities Thursday in heavily Orthodox neighborhoods in the Five Towns in Nassau County and Far Rockaway, Queens.

The endorsement comes as Hochul seeks to solidify her standing in the polls and lock up more support from the state’s 1.8 million Jews ahead of the Democratic primaries in June.

Rabbi Baruch Rothman, director of Yeshiva Darchei Torah in Far Rockaway, described Hochul as someone who shares the “Jewish values of promoting equality and civil rights as well as standing up for what is right” in an event held on the Far Rockaway boardwalk with about 30 leaders in attendance. 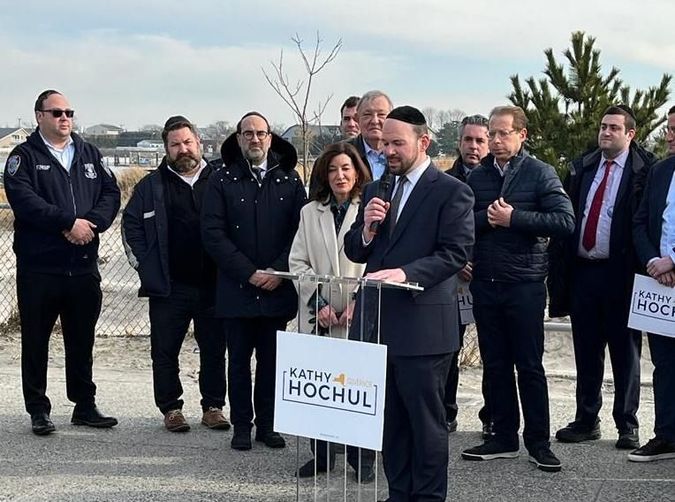 Some of the leaders are affiliated with the Far Rockaway Jewish Alliance, which represents a large part of the Orthodox community in Queens, who were among the first voting blocs to back New York City Mayor Eric Adams in the Democratic primary last year. Jewish voters make up an estimated 15% of the electorate in New York’s Democratic primaries.

Hochul, 63, was lieutenant governor from 2014 until former Gov. Andrew Cuomo’s resignation last August. She is considered a close friend of the New York Jewish community. “As governor of New York, I will continue to deepen our relationship with Israel in any way I can,” Hochul said in a recent speech.

Last fall, weeks after she unexpectedly became 57th governor of New York, Hochul postponed a scheduled family trip to Israel for the Thanksgiving weekend. She told Jewish leaders she would reschedule later this year, after the Democratic gubernatorial primary and the November election.

“I will always be an ally to the Jewish community,” Hochul said on Thursday. “Since taking office, I’ve made it a top priority to address the rise in hate crimes against the Jewish community by strengthening public safety initiatives and investing in preparedness efforts of nonprofit organizations.”

Hochul is being challenged by Congressman Tom Suozzi, a moderate Democrat from Long Island who bills himself as “the most reliable non-Jewish Democrat” on Israel and other issues of particular concern to Jewish voters. Another candidate, Jumaane Williams, the New York City’s public advocate, has received the backing of the Working Families Party and other progressive leaders. A poll released on Thursday showed Hochul with a solid lead — 42% — among Democratic primary voters.

Phil Goldfeder, a former member of the State Assembly from Queens, said he was proud to support the incumbent, calling her a “dedicated and pragmatic leader who understands the diverse needs of our neighborhoods.”

Hochul gets backing of Orthodox leaders in NY governor race