The United States Senate confirmed Deborah E. Lipstadt as the State Department’s envoy to combat and monitor antisemitism in an unanimous voice note on Wednesday night, after eight months of delays and a contentious committee hearing in which she was questioned for her tweets criticizing Republicans.

“I am grateful to the president for nominating me, to the Senate for confirming me tonight and to all those who supported my appointment,” Lipstadt told the Forward following the vote. “This is a tremendous honor and responsibility and I pray that I will prove worthy of the task.”

Sen. Jon Ossoff, a Jewish Democrat from Georgia, asked the Senate to immediately vote on the nomination after the Senate Foreign Relations Committee approved her in a 13-9 vote.

“If we mean the words ‘never again,’ then at long last, Madam President, let’s confirm Deborah Lipstadt to fight antisemitism on behalf of the United States,” Ossoff said in a Senate floor speech that mentioned his great-grandparents who fled antisemitism in Eastern Europe to come to the U.S. in the early 1900s. “It is time for the United States to stand up against antisemitism. It is time finally for the Senate to confirm this nominee.”

Lipstadt, who is on leave from Emory University, is one of the world’s most respected historians of the Holocaust, and one of its best known, because of the 2016 film “Denial” that chronicled her successful legal battle against a Holocaust denier who sued her for defamation. She was nominated by President Joe Biden in July to the position, which has recently been elevated it to the rank of an ambassador.

The confirmation was upheld for months by Sen. Ron Johnson, a Republican from Wisconsin, over a tweet in which Lipstadt accused Johnson of white supremacy for a comment he made after the Jan. 6 riot. During the committee hearing last month, Lipstadt expressed regret for the tweet, saying it was not meant as a personal or political attack. But Johnson nonetheless indicated he would try to foil her nomination, and continued to stall it.

Sen. Tammy Baldwin, a Democrat from Wisconsin, presided over the chamber at the time of Wednesday’s vote.

The special envoy’s office, which is a part of the office of religion and global affairs, was established in 2006 after the bipartisan passage of the Global Anti-Semitism Review Act of 2004. 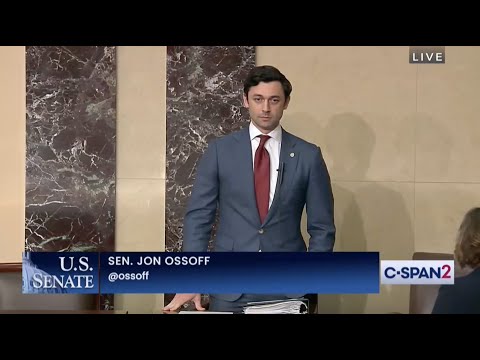