‘Antisemitism is not a game’: Why the Senate holdup on the antisemitism envoy matters 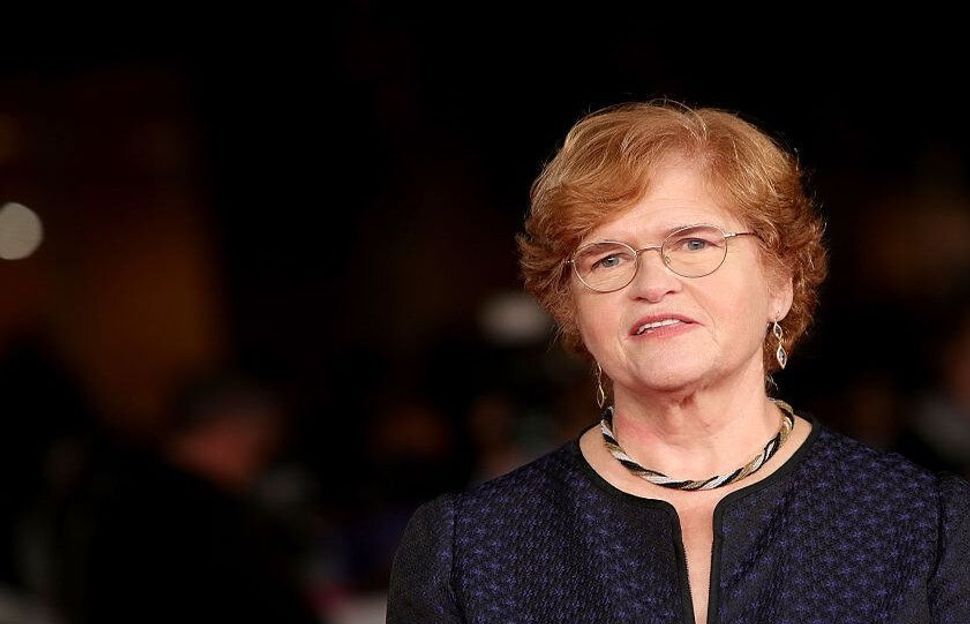 As Senate Democrats are seeking ways to confirm the nomination of Deborah E. Lipstadt as the State Department’s special envoy to monitor and combat antisemitism, amid Republican objection, experts are questioning whether the elevation of the position to the rank of an ambassador was worthwhile.

“The important thing about this position is that there’s an official person representing the U.S. government that calls out antisemitism,” said Hannah Rosenthal, who was the envoy during President Obama’s first term. “And, unfortunately, by changing it last year, it has become a political football.”

The position, which was first established by Congress in 2004 to monitor global antisemitism, was elevated to the rank of an ambassador in 2021, which requires Senate confirmation. Lipstadt, a preeminent historian of the Holocaust, was nominated by President Joe Biden in August, but her confirmation hearing by the Senate’s evenly-divided foreign relations committee has been blocked by Sen. Ron Johnson, a Republican from Wisconsin, over a tweet in which Lipstadt accused the senator of white supremacy for a comment he made after the Jan. 6 riot. The White House resubmitted her nomination last week at the start of a new legislative session.

“In normal historical terms, this would not be this problem,” a former administration official said about the downside of the current statute. “Minority parties do not block ambassador-level appointments except for extraordinary things. But we are living in a very dysfunctional time.”

Rosenthal, a Wisconsin resident who was the first Democrat to hold the position preceded by Gregg Rickman, a Republican, called the holdup “painful.”

“This is all a game to them,” she said, “and antisemitism is not a game.”

Johnson’s office didn’t respond to repeated inquiries why Republicans would rather have nobody in this important position than Lipstadt.

Aaron Keyak, who was appointed as Libstadt’s deputy in November, told the Forward that since he has started working in the office, he has personally witnessed “how much more we would be able to strengthen our efforts” once the special envoy is confirmed. “Every day that passes without that leadership in our office, our compelling – even lifesaving – work is hampered,” Keyak said.

The New York Times reported on Sunday that Republicans are considering asking Lipstadt to publicly apologize to Johnson. Another option would be to bring her nomination to the Senate floor for a vote, where Democrats have a majority.

Halie Soifer, chief executive of the Jewish Democratic Council of America, maintained Lipstadt doesn’t need to apologize to advance her nomination. “If anything, Senator Risch owes her – and the Jewish community – an apology for needlessly playing politics with and obstructing this critically important nomination,” Soifer said. “Republicans can no longer feign concern about the safety and security of Jews while refusing to grant Deborah a vote, let alone a hearing.” She called it “the height of hypocrisy” that Republicans never applied the same standard to Trump nominees with controversial past statements.

The role of the envoy on antisemitism

The special envoy’s office, which is a part of the office of religion and global affairs, was established in 2006 after the bipartisan passage of the Global Anti-Semitism Review Act of 2004.

The legislation was spearheaded by Congressman Chris Smith, a Republican from New Jersey, following a rise in deadly antisemitic attacks and threats made against Jews worldwide.

While the office is supposed to monitor antisemitism in cooperation with embassy staff abroad, the role of the envoy is largely unspecified with no clear playbook, other than traveling the world to meet with foreign governments, attend international conferences and reporting to the secretary of state. In addition, the envoys added their input and contributed to the department’s annual report on human rights practices and international religious freedom.

The four previous envoys each had their own approach and list of priorities.

Rosenthal, who served from 2009 to 2012, came to the job with the experience of being a community relations professional and made headlines for establishing a training program for diplomats to identify and combat antisemitism and for confroting Saudi officials about antisemitism in their schoolbooks. She also came under fire for criticizing a statement made by former Israeli Ambassador to the U.S. Michael Oren.

“At no point did I think that I was going to eradicate antisemitism,” Rosenthal said. “My hope was that during my term as special envoy, I would move the needle — and in some cases, I thought I did.”

Ira Forman, who held the position from 2013 until the start of 2017, used his office to lobby European governments against measures to ban ritual circumcision. He also frequently met with leaders of the Jewish communities in the countries that were closely monitored by his office and maintained bilateral relations with government officials.

Elan Carr, who was only appointed in 2019 – after initial attempts by the Trump administration to shut down the office – redefined the job with a more partisan approach and a focus on antisemitism and anti-Israel activities on college campuses.

The Trump administration also appointed a deputy envoy to broaden the office’s work in the Middle East, North Africa and Latin America regions. Ellie Cohanim, who was born in Iran, said she tracked the Iranian Jewish community closely, partnered with Gulf countries to combat antisemitism and anti-Zionism and Islamophobia, and focused on bringing more Latin countries to adopt the working definition of antisemitism from the International Holocaust Remembrance Alliance.

“The Trump administration’s policy was that ‘anti-Zionism is antisemitism’ full stop,” Cohanim said in an interview.

If confirmed, Lipstadt would be the first antisemitism envoy to represent the U.S. government with a more prestigious title.

Former President Donald Trump signed the bill to elevate the position to the rank of ambassador a week before he left office. The measure mandates that the envoy be the primary advisor to the U.S. government on issues related to global antisemitism.

“The combination of the elevation of the position and the person nominated to be the envoy ought to give the position more clout than it’s ever had,” said Ethan Katz, an associate professor of history and Jewish studies at the University of California.

Rosenthal argued that the title doesn’t change the weight the envoy carries other than turning the process into a political debate in a divided Congress. “The word ‘elevated’ means nothing in this situation,” she said. “People called me ‘ambassador’ all the time when I was out there.”

She recalled a conversation she had with Congressman Smith about his bill to elevate the position in which she told him that, “‘No one in Germany, no one in Brazil or in Chile cares what the title of this person is or whether the Senate confirmed them’ but for people in the Beltway. ‘Don’t do anything that will politicize this and make it partisan,’” she said she told the senior Republican.

Nonetheless, Lipstadt would step into the role with more name recognition and credibility than her predecessors. ​​Lipstadt, who teaches at Emory University in Atlanta, was the protagonist of the 2016 film “Denial,” about her successful defeat of a libel suit filed by a Holocaust denier she had criticized. She is the author of numerous books, including “Denying the Holocaust: The Growing Assault on Truth and Memory,” “The Eichmann Trial,” and “Antisemitism: Here and Now,” which won a National Jewish Book Award in 2019. In recent years, she has been a vocal critic of Trump for his dog whistles to white nationalists and neo-Nazi groups, as well as antisemitism on the left. She recently testified in the trial of the alt-right organizers of the 2017 deadly “Unite the Right” rally in Charlottesville.

Not the point-person on antisemitism in the U.S.

In recent years, there has been a spotlight on the steady rise in antisemitic incidents and rhetoric in America: the Charlottesville rally, the deadly terror attack in Pittsburgh, the bomb threats of JCCs and Jewish cemetery vandalism, as well as a spike in violent attacks against Jews in major U.S. cities has caught the attention of community and government officials.

But all the experts interviewed for this article maintained that it’s in no way the job of the State Department’s envoy on antisemitism to take a lead role in the matter on a domestic level.

Jewish leaders have lobbied the Biden administration to appoint a liaison to the Jewish community focused on domestic terrorism at the homeland security or the justice departments.

“The special envoy to monitor and combat antisemitism in the State Department has plenty of work,” said Rosenthal. “It should not focus on the U.S.”

But as long as there is no point-person on the matter, the antisemitism envoy will not be able to stay away from the issue, Katz suggested. “I think the tension about the domestic role versus the overseas role is going to continue to be an act of tension as long as there’s not anyone who has a specific portfolio of dealing with domestic incentives and because it’s become such a visible issue in political debates,” he said.

Cohanim urged the administration to uphold the Trump administration’s focus on anti-Israel activities on college campuses and “continue to confront the Iranian regime on their state-sponsored antisemitism.”

This article was updated

‘Antisemitism is not a game’: Why the Senate holdup on the antisemitism envoy matters