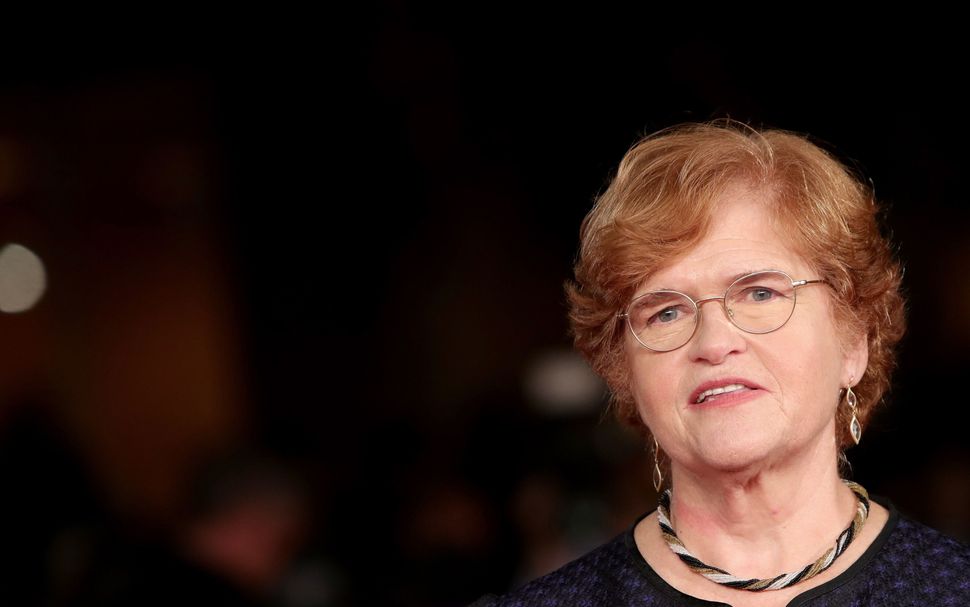 President Biden plans to nominate Deborah Lipstadt as the State Department’s special envoy to monitor and combat antisemitism on Friday, sources familiar with the decision have confirmed.

Lipstadt is a preeminent historian of the Holocaust who teaches at Emory University in Atlanta and was the protagonist of the 2016 film “Denial,” about her successful defeat of a libel suit filed by a Holocaust denier she had criticized. She has been considered a leading candidate throughout the Biden administration’s months-long search for a position whose prominence has been elevated amid a rise in antisemitism across the United States and the world.

Eric Goldstein, head of New York’s UJA Federation, called Lipstadt an “inspired choice,” saying in a statement: “Deborah will be a forceful advocate in leading our national effort to combat antisemitism.”

The special envoy’s office was established by the Global Anti-Semitism Review Act of 2004 and largely focuses on global antisemitism. The position was recently elevated to the rank of an ambassador, which means Lipstadt must be confirmed by the Senate. The office’s budget was also recently increased, to $1 million annually.

Lipstadt, who has been a contributing columnist to the Forward and a member of the Forward Association, declined to comment late Thursday.

Lipstadt said the envoy should ensure antisemitism is “not weaponized… as a political cudgel.”

In a February interview, Lipstadt said the next antisemitism envoy needed to ensure “that we fight antisemitism and not engage in politics.”

“There are a couple of important things,” Lipstadt said. “A. To take the issue seriously, which I think this administration is clearly inclined to do, and B. to ensure that the issue is not weaponized — and that means as a political cudgel — because that won’t serve the fight against antisemitism at all.”

Lipstadt’s appointment was one of four the White House announced on Friday afternoon for what it called “key religious affairs roles,” including Khizr Khan, the first Muslim nominated as Ambassador-at-Large for International Religious Freedom. “Today’s announcement underscores the president’s commitment to build an Administration that looks like America and reflects people of all faiths,” the White House statement read.

Lipstadt is the author of numerous books, including “Denying the Holocaust: The Growing Assault on Truth and Memory,” “The Eichmann Trial,” and “Antisemitism: Here and Now,” which won a National Jewish Book Award in 2019. In recent years, she has been a vocal critic of former President Donald Trump for his dog whistles to white nationalists and neo-Nazi groups, and against antisemitism on the left in a number of op-eds for the Forward and other publications.

She has been a leading advocate for removing the hyphen from “anti-Semitism,” saying its presence “completely distorts the meaning of the word.” The Forward changed to this spelling last fall, and the Associated Press, whose stylebook is used by many media organizations, did so earlier this year.

If confirmed, Lipstadt would succeed Elan Carr, a former prosecutor in the Los Angeles District Attorney’s Office, who served as the Trump administration’s special envoy since 2019. The position was vacant for the first half of former President Donald Trump’s term.

The previously low-profile envoy position has been the subject of much heated debate among American Jews, as a proxy for a larger political battle over the relative danger of antisemitism from the right and left, and even how to define the term antisemitism. Progressive activists have pushed back against Zionist groups who often equate harsh criticism of Israel with antisemitism.

IfNotNow, for example, created a major social-media campaign earlier this year framing the envoy role as “the most important” Biden appointment “you’ve never heard of” and calling for a nominee with “integrity” who sees “the fight against antisemitism as part of the fight for multiracial democracy.” The campaign harshly attacked Abe Foxman, the longtime director of the Anti-Defamation League, who was also discussed as a potential nominee, and criticized Lipstadt and others as well.

IfNotNow and other groups rallied around Nancy K. Kaufman, the former CEO of the National Council of Jewish Woman, as an alternative. On Instagram Friday, the group highlighted a quote from Lipstadt in which she she said “what should be getting our attention is the antisemitism we’re seeing in QAnon and other populist groups — not to say that it;’s only coming from there, but right now that’s where the major thrust is.”

At the same time, the right-wing Zionist Organization of American denounced the pick in a harsh statement that attacked Lipstadt for calling former President Trump an “antisemitic enabler.”

“Lipstadt’s primary focus is antisemitism on the right (both real and imagined), at a time when the major threat is Islamist and far-left antisemitism,” the Z.O.A. statement said. “We are concerned that Lipstadt will ignore and/or give far too little attention to antisemitism from groups such as the Black Lives Matter organization, and leftist and Islamist BDS groups and Israel-bashing NGOs.”

Biden administration officials have been promising to name an envoy “very soon” for several months. During that time, there has been a significant rise in antisemitic incidents around the country, particularly in May, during and after the violent conflagration between Israel and Hamas militants in the Gaza Strip.

The New York Police Department recently reported that antisemitic hate crimes were up 60% from January through June 2021 compared to the previous year. Los Angeles reported a similar increase, with a total of 43 incidents in the first six months of this year.

Aaron Keyak, Biden’s Jewish outreach director during his presidential campaign, was a finalist who was interviewed for the position, according to sources familiar with the matter.

Other candidates who were considered include Sharon Nazarian, an ADL vice president; Mark Weitzman, government affairs director at the Simon Wiesenthal Center; and Mark Levin, chief of the National Coalition Supporting Eurasian Jewry.

“Dr. Lipstadt truly recognizes what a tremendous zechut and responsibility she has to serve our people and country,” said Rabbi Adam Starr, the spiritual leader of Congregation Ohr HaTorah, where Lipstadt is a member.

Andrés Spokoiny, chief executive of the Jewish Funders’ Network, called Lipstadt an “amazing choice,” in a Twitter post Thursday night, and commented, “A critical position in a critical time for the issue in question.”

Rep. Brad Schneider of Illinois shared with the Forward that he first met Lipstadt in 1990 when she was the resident scholar on a trip to Poland and Israel. “I can’t imagine a better, more qualified person to lead the United States’ efforts to combat antisemitism,” said Schneider, the lead Democratic sponsor of the bill to elevate the rank of the envoy. “Amid recent rising antisemitism both in the United States and around the globe, Deborah Lipstadt will lead with a vigorous moral clarity.”