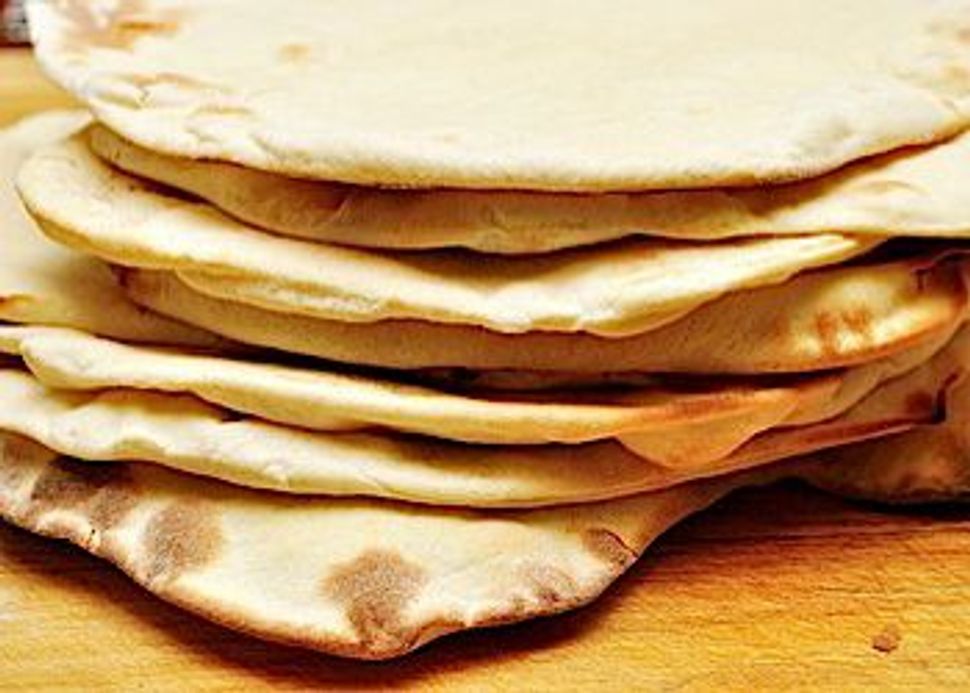 Israeli food has come into its own. Like the population, the cuisine is a fusion of influences from around the world, and a generation of young chefs has added sophistication and skill to the mix. But all the innovation and sophistication would fall flat without the building blocks: simple dishes and locally grown seasonal fruits and vegetables.

In honor of Israeli Independence Day today, here’s a list of our favorite Israeli foods. Two notable absences: falafel and hummus. Both are wonderful, but perhaps too obvious. This list is a personal and non-hierarchical one, so there’s lots of room for commentary and quibbling — bring it on! I’m certain that there are at least 100 more possibilities that I would agree could belong here. Add your favorites to the comments.

Shakshuka: Every Israeli has their own version of this classic. The most basic form is a veggy-full simple tomato sauce in which eggs are baked. Variations in the sauce and spice can give the dish distinctive personality but the balance between the eggs and the liquid make this a uniquely healthy comfort food.

Homemade Pita: In the hands of the American mass food industry, pita has been reduced to a breadstuff that is too often too thin, crumbly and dry to be truly appealing. In Israel, every corner store boasts fresh pita but by the age of four, most kids have tried their hand at making this simple bread. The doughy, fresh and homemade stuff might well convince you to eternally forgo the pale substitutes.

Labne: If you are looking for something authentic to spread on your pita, consider this local variation of soft white cheese. It distinguishes itself from its global cousins with a smooth curd-less texture and tasty tang. Made from strained yogurt it is most commonly found either in the form of a spread or in balls preserved in olive oil and spices.

Malawach: Israel is a country without a tradition of county fairs, but malawach would fit right in with funnel cake and corn dogs, it’s a delicious guilty pleasure. The multi-layered dough of the Yemenite bread gets it’s trademark flakiness by folding in butter or margarine, which is enhanced by the frying process! Heart healthy it is not but it is delicious beyond belief.

Schug: Malaawach is fantastic on its own but if you want to gild the lily just dip it in schug. This spicy condiment, which is another Yemenite classic, relies on a combination of chilies and obscene amounts of cilantro for its trademark spicy kick. The heat goes well with meat or fish but is a perfect compliment to malawach cutting right through any heaviness to create a fantastic combination that ought not to be missed.

Israeli Salads: In Israel, most vegetables are local and seasonal. Outdoor markets thrive as do local vegetable stands. In the 19th and early 20th centuries when meat was not plentiful in the fledgling Zionist community, vegetables were a mainstay of the diet. Every real Israeli cook has a multitude of signature salads, but the most common is “the Israeli salad”, a mix of chopped tomatoes, cucumbers, and onions. A simple dressing of salt and lemon juice and olive oil makes the flavors of the vegetables pop. The key to success is the quality of the base ingredients. To best capture the flavor and texture of Israeli cucumbers search out Persian cucumbers which are smaller more firm than the English variety and increasingly available in the US.

Kif Kef: When Elite Chocolate got word in the 1980s that Nestle was planning to challenge them as Israel’s dominant chocolate provider, they plotted a counter offensive. They sweetened their basic blend and added more sugar to the classic Kif Kef bar — a variant of the Kit Kat — so that the ratio of chocolate creaminess to crunch shifted. When Nestle and the Kit Kat arrived, they simply did not taste ‘right’ to the locals and Elite maintained its market share. Despite my Canadian origins, I’m a sucker for the Israeli version of this wafer-chocolate bar! You can buy your own here.

Limonana: This combination of mint and lemon is so genius but simple, you may wonder how you never thought of it on your own. The flavor combination makes each sing; each refreshing and rejuvenating on their own and even more so together. In Israel it is a popular flavor for sorbet and cold drinks. If you are making a first foray into the world of limonana try putting a handful of fresh mint leaves together with the juice of half a lemon into a cup of hot water with sugar to taste and let it cool. You won’t be disappointed.

Silan: Israel is populated with date palms so it is no surprise that honey in the “land of milk and honey,” came not from bees but from the fruit of these trees. Thick, sticky and dense, this sweet substance works well in meat dishes in place of honey or as a dressing for veggies. My favorite use is not particularly Israeli but is very good. Mix it with soy sauce and a little lemon juice, pour over chicken and bake.

Bamba: We had an argument in my house about including this one. Passions abound, for some it is the junk food we love to hate for other just plain love. Having debuted in 1963, Bamba crunches like a cheese puff but is fully peanut in its flavor. It is a favorite among Israeli kids and even grown up (kids).