"Jew’s Apple," and Other Names for Eggplant 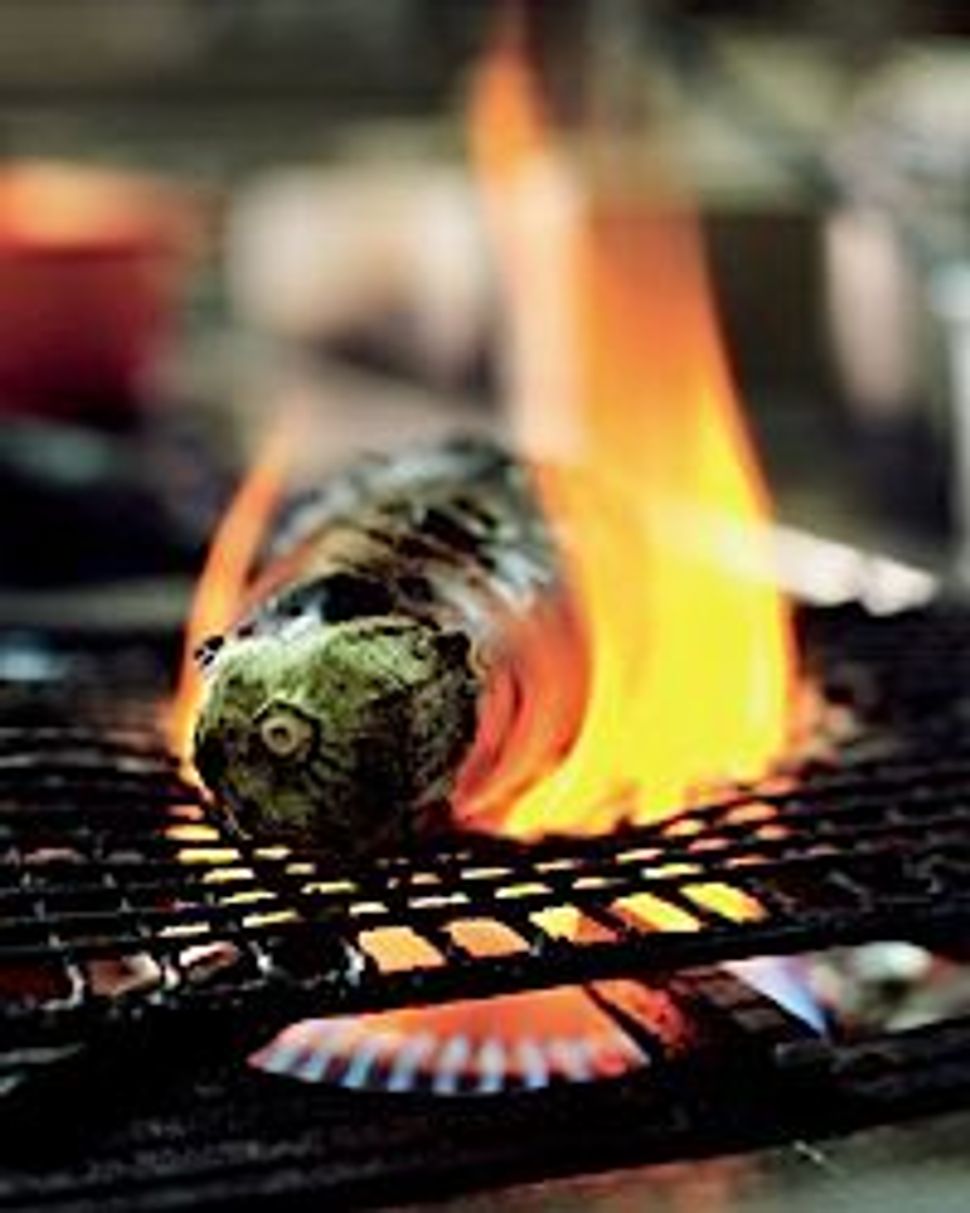 Reader Mike Benn wrote to the Forward’s word fiend Philologos about a childhood memory of bronjenas, a flame roasted eggplant dish that his grandmother who lived in Palestine in the early 20th century made. The dish, while now called h’atsil al ha-esh in Israel and by other names the Balkans, lives on as a roasted eggplant mixed with tahini and/or yogurt. Read the article to find out the origin of eggplant and the many words used for it around the globe including the “Jew’s apple”.

Janna Gur, doyenne of Israeli cooking, offered us her recipe for the dish, which is smoky, creamy and slightly nutty from the raw tahini. Share your favorite eggplant recipe with us in the comments.

Reprinted with permission from Janna Gur’s “The New Book of Israeli Food.”

Roasting eggplants on an open flame can be messy but is definitely worth the effort as the smoky aroma adds immensely to the taste.

First line your stovetop with aluminum foil. Place a whole eggplant) or more than one if you are confident) on a rack over the open flame and roast, turning occasionally, until the skin is scorched and blackened and the fleck feels soft when pierced with a wooden skewer or a fork. The eggplant can also be broiled in the oven, or grilled on a charcoal barbeque. Cool slightly (to avoid burning your hands) and peel, carefully removing every last bit of scorched skin, or cut in half lengthwise and scoop out the flesh with a wooden spoon.

Ideally, roasted eggplant should be served shortly after roasting and seasoned while still warm to ensure optimal absorption of every spicy nuance. But if you need to store it for later, drain the roasted flesh of excess liquid, cover with oil and refrigerate.

Roasted Eggplant with Yogurt and Tahni

Adding both these last two ingredients produces a delightful dip.

"Jew’s Apple," and Other Names for Eggplant