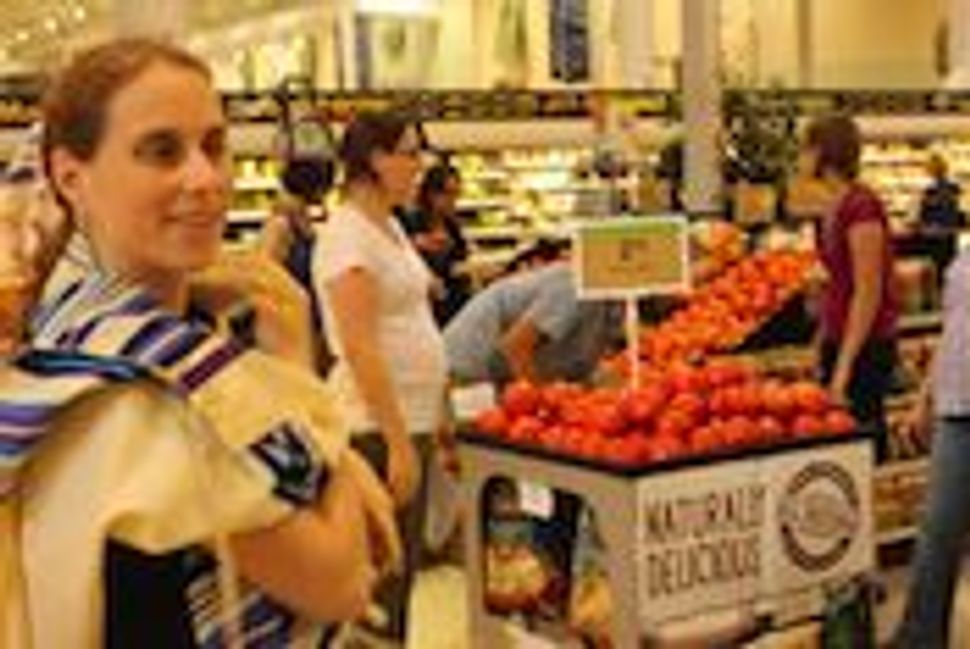 Preparing to protest at Publix in Naples, FL Image by RHR-NA

Through Rabbis for Human Rights-North America (where I run a campaign on modern slavery), the fifteen of us have traveled from all over the country to learn about the abuses of the Florida tomato industry: sub-poverty wages, violence and sexual harassment, wage theft, exposure to dangerous pesticides, and — in six successfully prosecuted cases over the past ten years (resulting in more than 1,000 people being freed) — modern slavery. Florida produces most off-season tomatoes eaten by those of us who live east of the Mississippi, so the chances are pretty high that if you’ve eaten a fresh tomato in the winter, it came from Florida. Immokalee, where we were visiting, has been called “ground zero” of modern slavery by a federal prosecutor.

We were there to learn about the problems, but we were also there to meet the change: the Coalition of Immokalee Workers (the CIW). The CIW is a community-based organization of mainly Latino, Mayan Indian and Haitian immigrants advocating for dignified wages and working conditions in the tomato fields. Rather than wait for conditions to improve, the members of the CIW have become agents of change. Over the past ten years, they have going straight to the top of the supply chain to the corporations that buy tomatoes to ask them to sign onto the Campaign for Fair Food. The Campaign advocates for better wages for tomato workers and for a code of conduct that will end human rights abuses in the fields. Ending slavery in the tomato industry requires more than rescuing individual slaves; it requires eliminating the abusive employment continuum on which slavery is just the extreme end.

The CIW has had some tremendous successes. You may recall their campaigns against Taco Bell and McDonald’s in the past, and just last fall they achieved a major victory when 90% of Florida’s tomato growers entered into Fair Food Agreements. Yet getting the grocery stores to agree to the penny-per-pound wage increase and to buy only from growers who have pledged to fight slavery, sexual harassment and violence in their fields has been a real fight.

One current focus of the CIW is Trader Joe’s, which has a reputation as an ethical company and is beloved by many in the Jewish community for their wide range of kosher food and steadfast support of Israeli products. The other is Publix, just like the one we were at in Naples, whose founder George Jenkins once pledged “to never let making a profit get in the way of doing the right thing,” but which has not extended that maxim to their tomatoes.

Our prayer circle was meant to draw attention to the Fair Food Campaign, and it did; once we started singing in Hebrew, the manager asked us to leave the store. Before we did, we presented a letter to the company calling on Publix to sign the Fair Food Agreement.

As members of the New Jewish Food Movement, we’ve all started to learn to ask questions about who grows our food. But to truly eat mindfully, we must also consider the people who pick our food. Are they being paid a wage that enables them to feed their families with dignity? Are they safe from wage theft, sexual harassment and exposure to dangerous pesticides? And what steps can we take to stand in solidarity with these workers?

We must not be afraid to ask these questions, even though they might result in difficult conversations with the very farmers we are trying to support against the tide of agribusiness. It is not about the workers versus the farmers, but rather about building relationships that can create tangible change. One of the people we met in Florida was Jon Esfornes, a Jewish man whose family owns Pacific Tomatoes. In October 2010, Pacific Tomatoes was the first of the major Florida tomato growers to sign a Fair Food Agreement, and through their courage, 90% of the other growers soon followed.

In talking with Jon, one element that stood out was how important the relationships he had built over the years (both within his company and with the members of the CIW) were in influencing him to sign the Fair Food Agreement. Quoting Abraham Joshua Heschel’s famous line from “The Prophets” — “few are guilty, but all are responsible” — he acknowledged previous labor abuses and pledged to move forward. He felt he owed it to his workers and to himself to sign on, right before Yom Kippur last year.