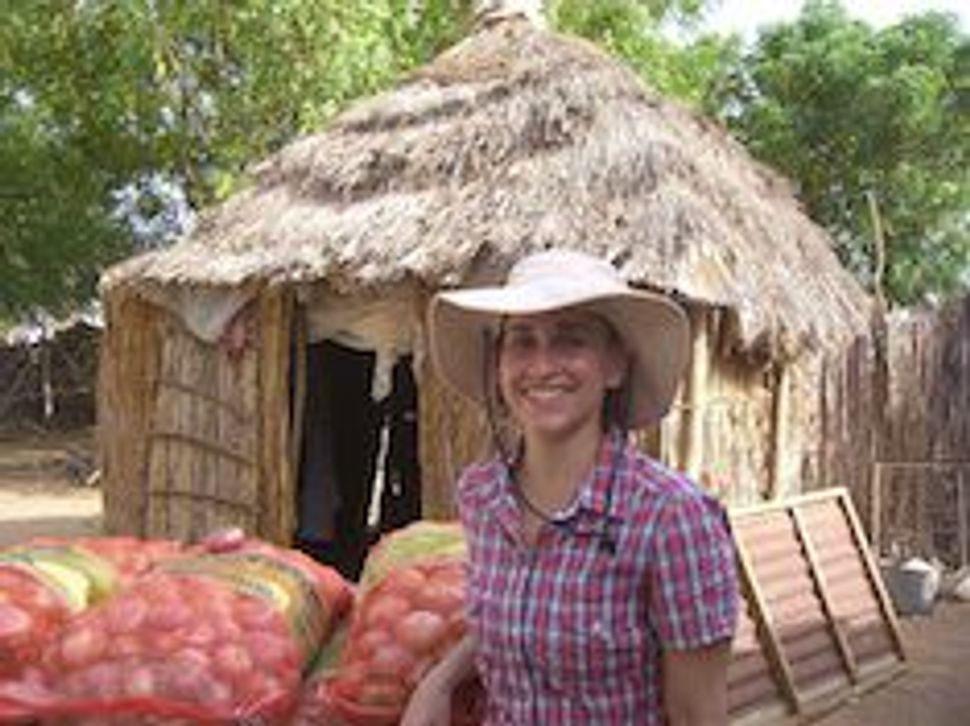 Image by Photo By Andrew Scheer 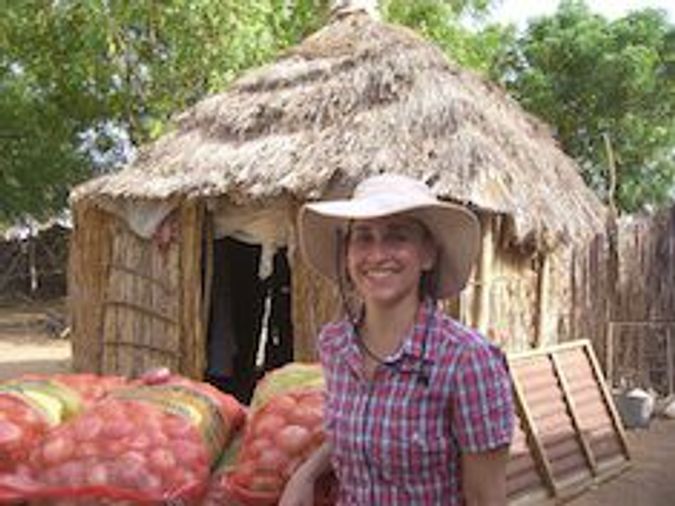 Image by Photo By Andrew Scheer

It was the pile of onions that made me cry.

Not in the way you might think—I wasn’t standing over a cutting board, knife in hand, sobbing my way through an extended dicing activity. The onions that made me cry were whole, bagged and stacked about 5 feet high, in a small village in Western Senegal, where I was travelling with American Jewish World Service.

I cried because of the story behind this stack of onions, a story of thwarted ambition, injustice, and our broken global food system. Working with a local Non-Governmental Organization called GREEN Senegal, farmers from this village had implemented new farming practices, such as drip irrigation that vastly improved their efficiency and productivity. With much less time and effort, they had increased the quantity and quality of their onion crop, and were ready to bring their goods to market. In addition to the economic gain the villagers hoped to see through their efforts, the new efficiencies had the side benefits of allowing children to spend more time in school, rather than in the fields helping with the harvest, and mothers to spend more time in the home caring for their families.

It sounded like a success story. So why was I crying?

Because government subsidies of onion farmers in Holland brought down the price of their onions to such a degree that it was cheaper to import Dutch onions than to purchase the locally grown produce. These Senegalese onion farmers simply could not compete on price—and so the onions sat there, bagged and stacked, hostages to the inequities of a system far beyond their growers’ control.

This incident took place in June, nearly six months ago. Yet there are two reasons why it’s been looming large in my memory these days.

The first is where we are in the Jewish calendar. In a few weeks, we’ll celebrate Tu Bishvat, the holiday that has evolved in recent decades into the flagship holiday of the contemporary Jewish environmental movement. But originally, Tu Bishvat was tax day in Temple-centered Judaism. The Mishnah in Tractate Rosh Hashana refers to this day as the ‘New Year’ of the trees—namely, the date which a farmer determined which tax year her fruit crop belongs. Based on what year in the seven year agricultural system the fruit fell into, she would be obligated to allocate tithes for different purposes: to support the communal institutions and religious leaders of the Temple, to be brought as a thanksgiving offering to God, or be distributed amongst the poor in her local community.

These origins suggest that we can understand Tu Bishvat as a date on the calendar when we look at our resources— our stuff—with intention, and say: where does this go? How do I use this portion of my material wealth to support communal institutions, to deepen my relationship with God, to care for those in my community without? While many of us make our charitable contributions at the end of the secular calendar year, I like the idea of using Tu Bishvat as the day when I think about my annual allocations for giving, and set some resolutions in this area.

We can ask these questions not just as individuals, but as a collective, as well. Tu Bishvat is an invitation to undertake some collective reflection and soul searching, to ask ourselves: what is our responsibility as a society to allocate our resources in ways that elevate and bring greater holiness into the world, rather than in ways that depress and cause suffering?

This year, the timing for these questions is perfect. The 2012 Farm Bill is up for debate, giving us an opportunity to change the ways in which past and current versions of the legislation allocate our collective resources to benefit a small group of powerful agribusinesses, while creating an unfair playing field for smaller farmers at home and abroad.

While the Senegalese villagers I met in June were suffering as a result of Dutch subsidies, our own government’s similar policies have created domestic and global market conditions that prevent smaller farmers—many of whom are using sustainable agricultural practices—from competing in the marketplace.

It’s time to get involved in the fight. Many organizations are running educational and advocacy campaigns related to this year’s Farm Bill debate—so it’s easy to learn more and get connected. American Jewish World Service’s Reverse Hunger Campaign focuses on the implications of U.S. policy on global hunger, while Food and Water Watch’s website carries a wealth of resources about the Farm Bill, including fact sheets, action areas, and more. And for visual learners out there, Food and Tech Connect’s great visual representations are another way to educate yourself on this issue.

Stop crying over onions: let Tu Bishvat inspire us to take action for a fair Farm Bill in 2012.

Shuli Passow is proud to serve as a board member of Hazon. She most recently worked as the Director of Community Initiatives at the Jewish Funds for Justice, and is currently a second year rabbinical student at the Jewish Theological Seminary.