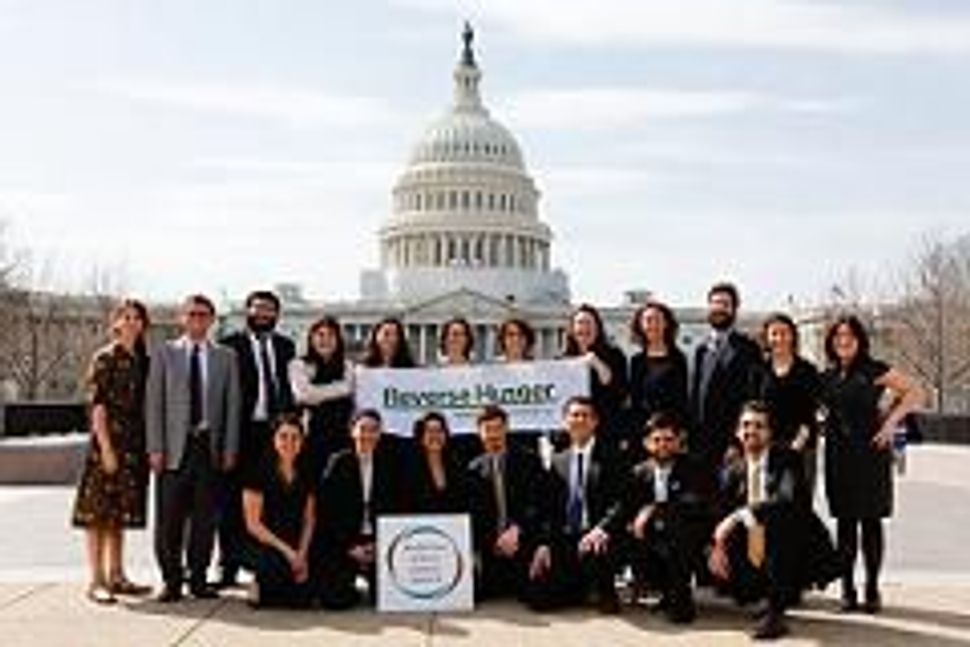 Not just any old fishpond, but a fishpond in Muchucuxcah (Pronounce the x like a sh), Mexico, four hours west of Cancun.

I was in Muchucuxcah for ten days in January with American Jewish World Service’s Rabbinical Students Delegation. We were there to learn about global poverty, to see quality development work firsthand and to work on said fishpond.

The fishpond, which is also an irrigation pool, is part of an ongoing sustainable agriculture project. When the rains fall as they should, the subsistence farmers of this region grow enough food; they can even sell some and save a little money for emergencies. Unfortunately, climate change is making regular rainfall rare, so the Maya have to adapt if they don’t want to starve. The pond will irrigate 50 more family gardens, growing tomatoes, papaya, peppers, and so much more; the fish will be an extra protein source.

Just two years ago, the village subsisted on a few staple crops and faced the dilemma of figuring out what to do with seeds donated by big agribusiness. Plant them and they would fall into dependence on the corporations that supply their seeds and the pesticides designed for them. Don’t plant them and they might not have a crop, which could exhaust their seed reserves and end any hope of future planting. Today, local seed exchanges and gardens have boosted biodiversity and nutrition; our fishpond is the next step on the road to greater sustainability and less vulnerability.

The running joke at AJWS is that rabbinical students are better suited to studying texts about rocks than schlepping them, but that’s not why we were in Mexico. We traveled there so we could come back with stories to share and an incredible motivation to advocate for the people we worked beside in Muchucuxcah. And last week, AJWS brought us to DC to meet to eight Congressional offices to tell Muchucuxcah’s story and ask for reforms to US food aid.

Food aid may be a tiny part of the massive farm bill up for reauthorization this year, but the US is the world’s largest provider of such aid — to the tune of more than $2 billion per year. The problem with US food aid is that most of it is actual food grown here in the States, and then shipped abroad. This means it’s slow and inefficient, with more than half of every dollar for food aid grains lost in transportation costs. When sacks of food finally do arrive they flood the market, undercutting local farmers’ ability to sell their crops and contributing to a cycle of poverty, vulnerability and reliance on aid. We’re the only country still using this outdated, one-size-fits-all approach, instead of more flexible strategies that get food to market more efficiently and support local economies. In an era of tight budgets, every penny counts; we can no longer afford a policy that wastes taxpayer dollars and inadvertently exacerbates the problems it aims to solve.

At Senator Kerry and Congressman Capuano’s offices, my classmate Avi Strausberg told staffers about a Jewish text that compares the man with bread in his basket to the man without. The latter may have food for today but has no reserves; he doesn’t know where his next meal is coming from. Starving people in the Global South who receive current American aid risk becoming people without bread in their baskets, able to eat for the time being but unable to support themselves in the future. Communities that receive more flexible, locally procured food aid can stabilize their vulnerable lives and start to build up bread in their baskets — or fish in their ponds — for tomorrow.

“Muchucuxcah” means “many together” in Maya, which reminds me of a line from “Sim Shalom,” the prayer for peace traditionally said by Jews each morning. “Bless us, our Father — all of us as one — with the light of Your face.” Building a fishpond in Muchucuxcah demonstrates how “many together” can provide for a community. Lobbying taught me that citizens’ voices can really be heard when we make ourselves “many together.” In our increasingly globalized world, all humans, like it or not, are “many together.” My hope is that Congress can realize this and act, “many together.”

Lev Meirowitz Nelson is a fourth-year rabbinical student at Hebrew College in Newton, MA and an alumnus of the Wexner Graduate Fellowship. He currently serves as the rabbinic intern at Temple Beth Shalom of Cambridge, MA.