The Bitter Sweetness of Chocolate 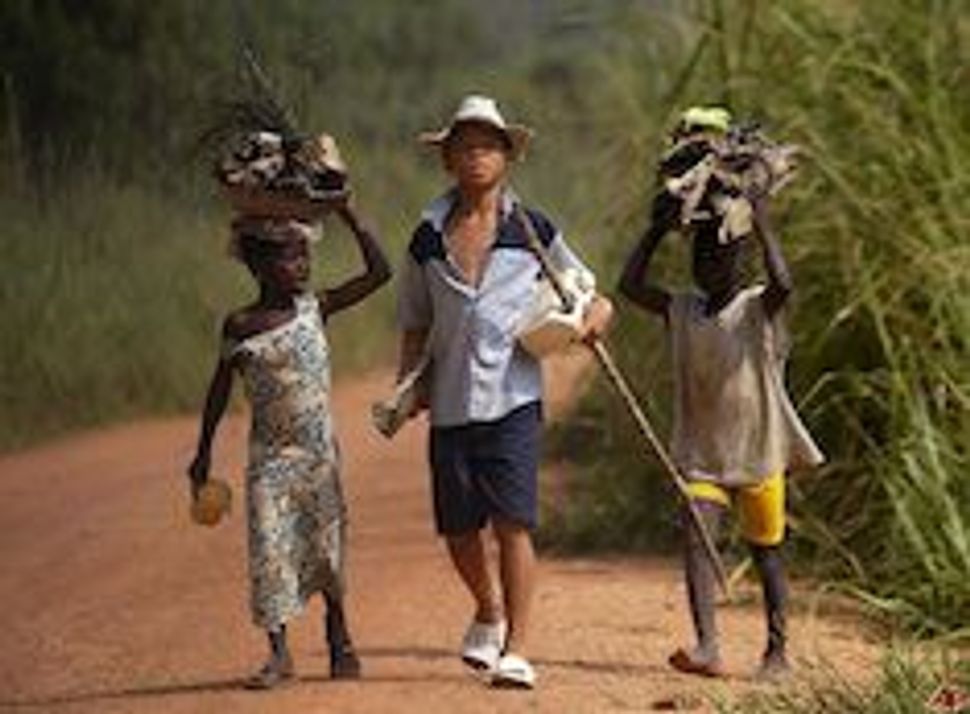 “In every generation a person is obligated to see him or herself as though he/she had personally been redeemed from Eqypt,” we read in the Haggadah during our Passover seders. In recalling our people’s experience in Egypt, we are urged to remember that we were once slaves. We tell the details of the story, act it out, and eat charoset, symbolizing the mortar with which our ancestors made bricks for the Egyptians — we attempt to “experience” what slavery felt like.

Though we may not be actual slaves ourselves today, our history moves us to ask “Where does slavery exist today?,” “Who is enslaved?,” “What is that slavery like?” Unfortunately, this is the issue with most chocolate in the world. The majority of all cocoa is grown in West Africa, where hundreds of thousands of children have been documented working in their cocoa fields. They spend long hours working in hazardous conditions, and losing their childhoods to bring us our favorite chocolate treats. The situation is particularly serious in the Ivory Coast (the source of about 50% of our cocoa), where the U. S. Department of State estimates that more than 109,000 children in Cote d’Ivoire’s cocoa industry work under “the worst forms of child labor,” and that some 10,000 are victims of human trafficking or enslavement. Those who labor as slaves also suffer frequent beatings and other cruel treatment.

The majority of these children are exposed to extremely hazardous conditions, where they:

-Spray pesticides and apply fertilizer without protective gear
-Use sharp tools, like machetes
-Do strenuous work, like felling trees, clearing and burning vegetation, and
-Sustain injuries from transporting heavy loads beyond permissible weight

They are not attending school, and they are there without the support of their families.

But, we do have a choice that can make a real difference. Fair Trade chocolate provides a third party certification and monitoring process where child labor is explicitly prohibited. There are currently three different Fair Trade certifying organizations which follow these guidelines: Fair Trade USA, Fairtrade International (FLO), and Fair for Life (IMO); their labels appear on products that have passed the certification process. There is no legal definition at this point, so any product can say “fair trade” or “fairly traded” without having gone through a rigorous certification and monitoring process. There are other certifications, like Utz and Rainforest, which do support strong environmental oversight, do not examine child labor. Only if a product features one of the three labels noted above, can you be assured that labor and other economic justice issues were addressed.

The market for Fair Trade chocolate is steadily growing, almost 75% every year. It is now available in many general grocery stores, and an increasing number of mainstream chocolate companies are switching key products to Fair Trade cocoa beans. For example, Nestle’s Kit Kat bar and most Cadbury chocolate products.

The real irony, however, is that while we can enjoy Fair Trade chocolate for 51 weeks of the year, during Passover, when we celebrate our journey from slavery into freedom, there is no Fair Trade Kosher for Passover chocolate currently available on the market. The contradiction has galvanized a lot of attention this Passover, with “virtual” Fair Trade Kosher for Passover chocolate bars appearing on Seder plates and being discussed around the country. There are a variety of ways to join the effort so that we may all truly taste the sweetness of chocolate next Passover. Fair Trade Judaica is gathering signatures on a petition to encourage a Kosher manufacturer to begin sourcing Fair Trade cocoa beans,

Many of us ended our Passover Seder this year with the traditional words “Next Year in Jerusalem”, a prayer for complete redemption/liberation. Spiritually, Jerusalem represents wholeness, a time and place when all humanity will live together in peace and justice. Yet, as long as forced labor and slavery exist in our world, we cannot arrive at that Jerusalem. Let us work together so that next year we can enjoy child-labor free Kosher for Passover chocolate.

Ilana Schatz lives in El Cerrito, CA and is the Founding Director of Fair Trade Judaica

The Bitter Sweetness of Chocolate