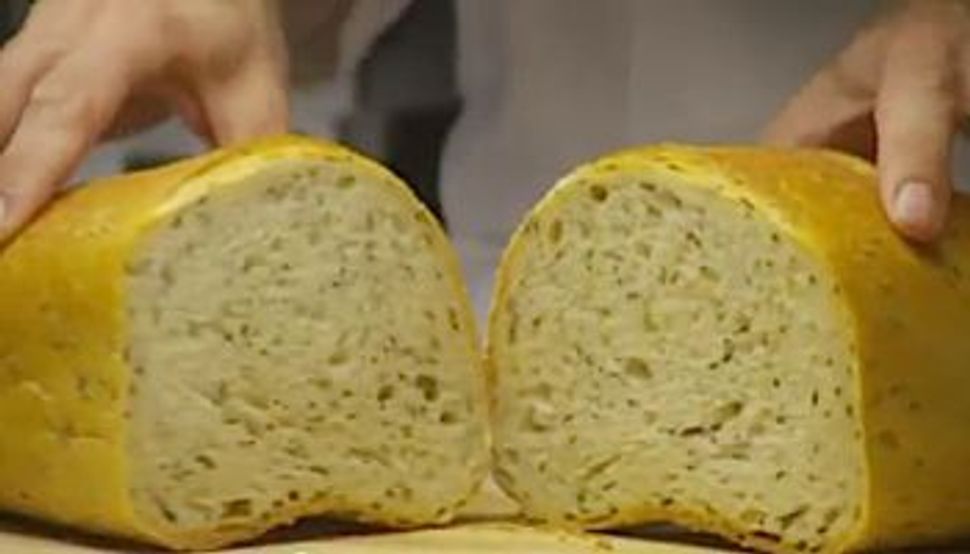 Can a seeded rye be sexy? Kutsher?s Tribeca thinks so. Image by Youtube

A knife slides seductively down a slender stalk of celery. A plump loaf of rye splits to reveal a seductive sprinkling of seeds. Tender slices of brisket fall on a cutting board as a voice-over moans “you’re driving me meshuggeneh” before dissolving into a breathy series of “oys.”

But does Jewish food need sexing up? Implying it does is shorthand for saying it’s gone stale. But as anyone who’s partaken of American Jewish cuisine, be it a piled-high pastrami or a humble hamentashen, can tell you it’s delicious. And these days, there’s no shortage of chefs eager to tap into tradition and turn out posh matzo brei and borscht-inspired beet salad for brunchers — not that there’s anything wrong with that. Jewish food is still fresh.

So maybe it’s just time for our food culture to quit conflating cooking and shtupping altogether. The sumptuous soft-focus lighting on today’s TV cooking shows and the proliferation of websites devoted to gawking at photos of feasts already have plenty in common with pornography. There’s no need to make the connection explicit, as it were. We’ve got to realize that you can enjoy both activities in their own right without creepily mashing the two together.

Sure: sex sells. But, as anyone who’s had a decent Jewish meal can tell you, so does schmaltz.