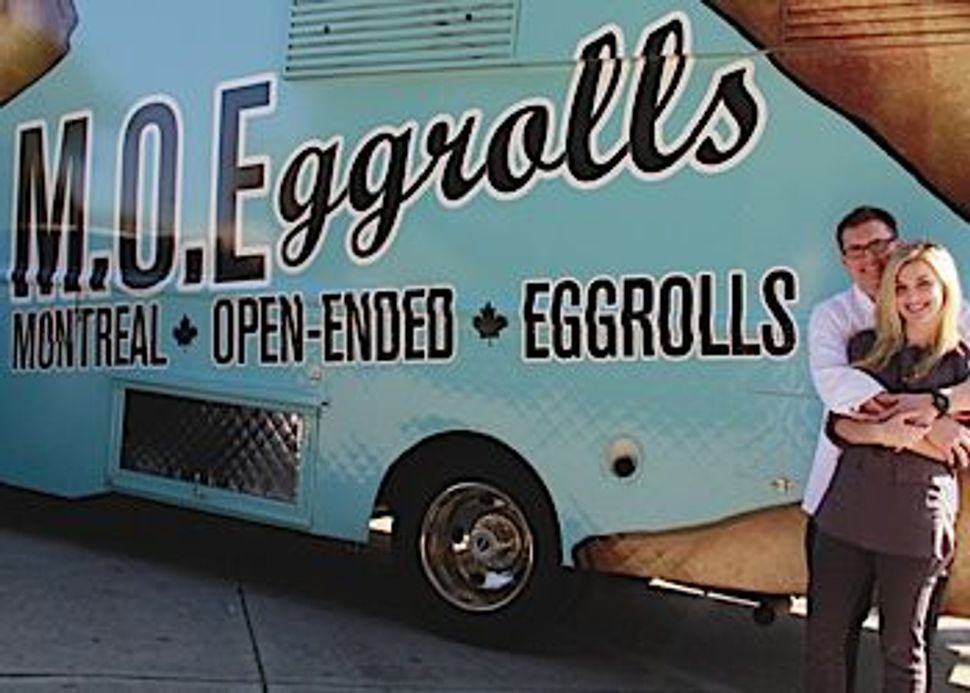 What to Order: Reuben, Truffled Knish

It’s no secret that American Jews have long been in love with Chinese food. M.O. Eggrolls (the initials stand for “Montreal Open-Ended”), which dubs itself the first ever “Jewnese” operation, puts that sentiment into a truck. M.O. Eggrolls serves crispy egg rolls stuffed with deli meats like pastrami and brisket, served with sweet, spicy, tangy or garlicky dipping sauces. The combination might sound like a gimmick, but the owners take it seriously, with inventive concoctions like the truffled knish and Asian-style matzo ball soup. Their Reuben eggroll wraps pastrami, slaw, Russian dressing and a dill pickle spear into a crunchy wrapper. It’s a clever, bright combination of traditional sandwich fare and Chinese spicing — and it’s kosher to boot.

Check out our round up of Jewish and Kosher food trucks from around North America.