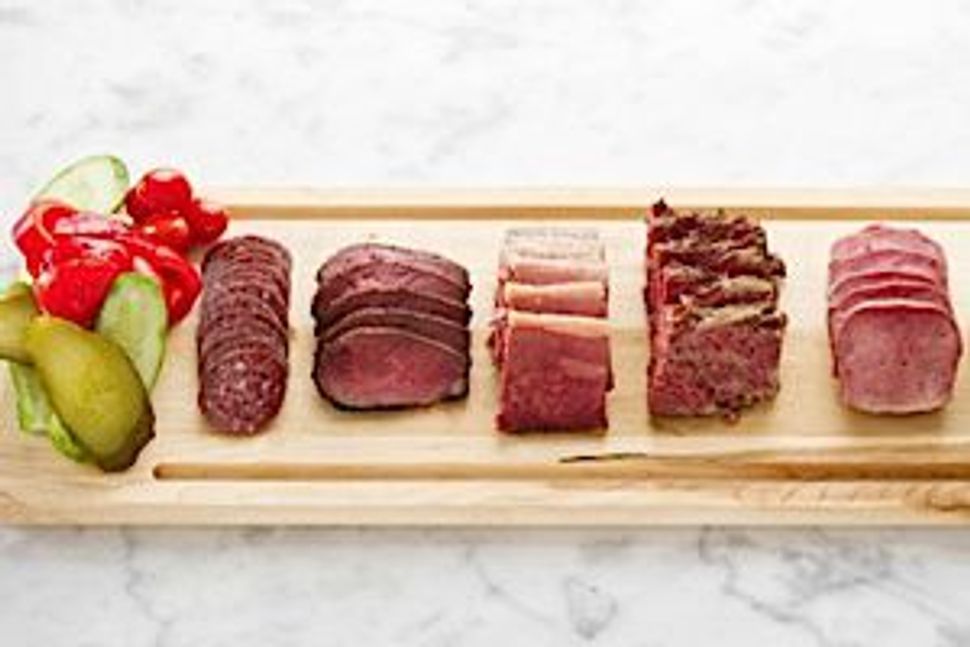 Time Out: Kutsher?s Tribeca?s deli charcuterie platter was left off a list of New York?s best foods, but it?s one of our picks. Image by Evan Sung

Another mouth-watering entry was the breakfast burger at Mile End Sandwich, which Jay Cheshes says “puts [the McMuffin] to shame.” We would have also voted for the delectable smoked meat hash, the perfect Saturday morning staple. And there was the old standby: Marlow & Sons’ smoked whitefish on a bagel. Rounding out the list was the spicy carrot horseradish from Gefilteria, a ”fiery, flavor-packed chutney” that writer Leah Koenig recommends in a Bloody Mary. Was there anything that Koenig wished that Time Out didn’t leave out? Lagman soup from Cheburechnaya in Rego Park, Queens, a stew thick with beef and noodles. There are probably a few others we’d wish they’d have considered (the Deli Charcuterie Platter at Kutsher’s Tribeca and Kasha Varnishes with lamb meatballs at ABC Kitchen to name two), but we’re too distracted by visions of dancing rugelach to bother.