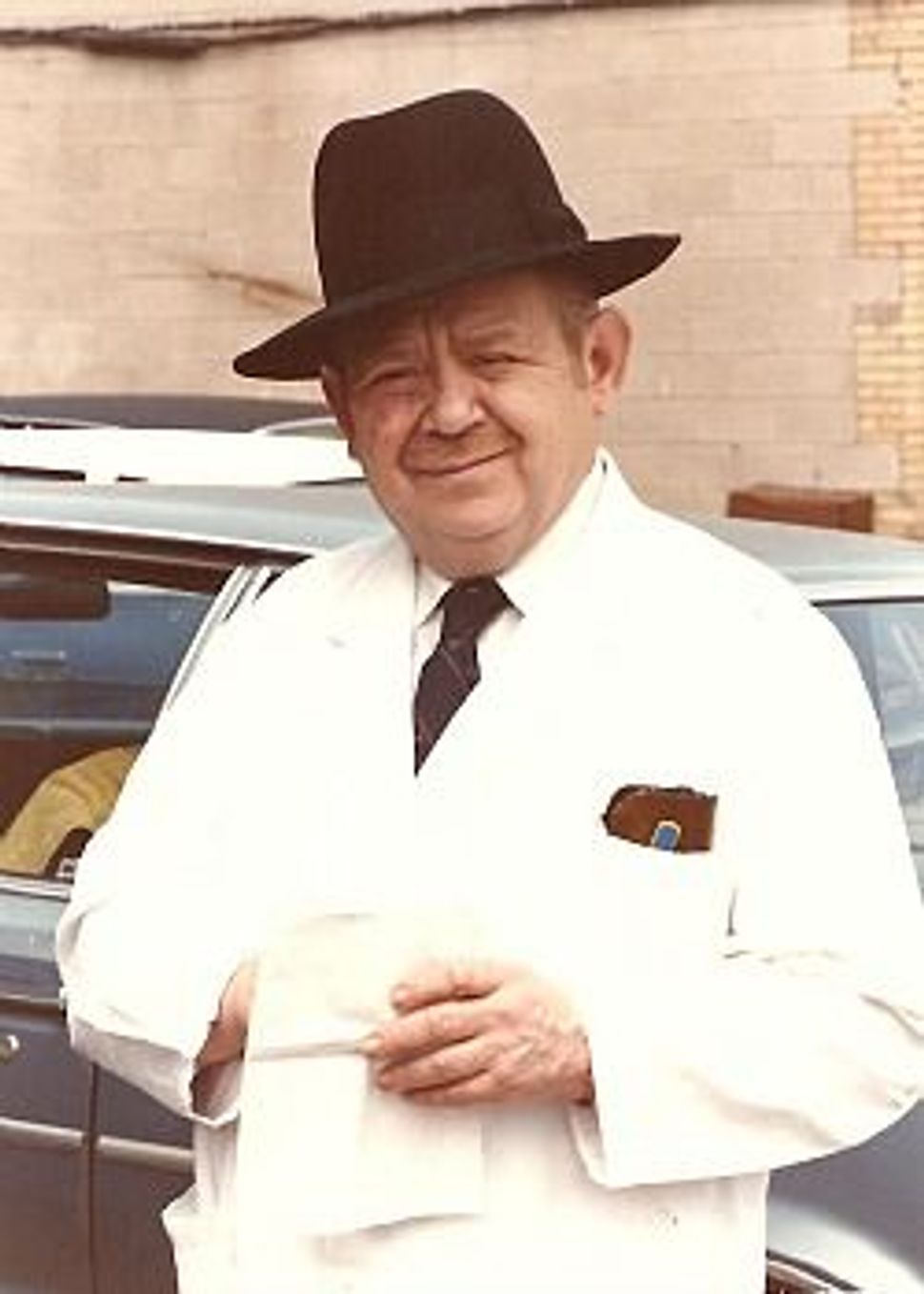 The e-mail came with a photo of an elderly man in a butcher’s coat next to the faded, black-and-white image of a tot. “At age 87, my father is re-launching his meat business — which for fifty years was a staple of the Jewish community in Canada,” Miriam Perl wrote to the Forward. “Suggested headline: Holocaust Survivor reinvents himself at age 87.”

Until a fire destroyed Herschel Perl’s kosher-foods business in 2006, it was indeed a mainstay of Jewish Toronto, supplying more than half the city’s market for ready-made kosher. The business, which started as a tiny shop in Toronto’s west end in 1953, eventually grew into a 60-employee enterprise. Its retail operation grew into Canada’s largest kosher meat store. Perl’s even opened a Glatt kosher fast-food spot called Bais Burger.

Now, after a six-year absence, Herschel Perl is about to sink his teeth into the meat business again. This time, he’s launching a wholesale business to crank out beloved Perl’s products like salami, hotdogs, pepperoni, pepperettes, turkey and chicken deli slices. The kosher pioneer has already secured distribution in local kosher retail outlets; he expects the products to hit shelves in national chains like Loblaws, Sobey’s, Metro, Fortino’s and Costco within weeks.

With help from his daughter, the Forward caught up with Herschel Perl by e-mail in Toronto.

THE FORWARD: Toronto has seen several closings of kosher businesses, Marky’s being the most recent. How has the market changed for kosher products?

HERSCHEL PERL: There are more kosher restaurants in the city of Toronto than ever before. However, as far as the kosher market for kosher meat products, I don’t believe that much has changed. They still want good, old-fashioned, traditional food. I do believe that fewer Jews are eating kosher since Perl’s closed down. Perl’s attracted Jews that kept kosher and those that did not. Jews who did not keep kosher still came to shop at Perl’s, maybe because they saw kosher food in their parents’ and grandparents’ home.

Have tastes changed across the board among kosher consumers? How has Perl’s kept up?

I used to work in the store 16, 17 hours a day. I kept expanding our product line to keep up with demand. I had a good sense for what the public wanted and always strove to innovate and bring in new things. I kept improving the quality and increased the quantity to over a hundred items. I was always experimenting and trying new things. I sold thousands of pounds of salads each week to satisfy those who were interested in more healthy items.

After the store burned down, I decided not to open the retail store. I was in my early 80s, and it was too much work. I decided that the best option would be to open a wholesale meat business where I would concentrate on the most popular, classic items.

Your daughter’s note said you had no experience when you opened your shop in 1953, and that you did it because someone suggested it would make a good business. Why did you agree with them, and not continue in the textile business?

After I left my job as a textile engineer, there were no other jobs like it available. I had no idea whether Perl’s was going to work. In the beginning we were always short of money. The banks were bothering me, and every day I waited for the banks to close at 3:00 pm so that they would stop bothering me. Also, the only other kosher butcher shop had terrible customer service. He would yell at his customers. I knew that if I treated my customers properly that I would fill a need.

Perl’s supplied the caterers, Baycrest Hospital, and most of the Jews in Toronto. For instance, on Chanukah, we made a 1000 latkes a day. For Pesach, we sold 400 smoked turkeys. Chicken soup was a big success. Our kishke, gefilte fish, and chopped liver were the most famous items in North America. We sold 5000 pounds of gefilte fish, 4700 pounds of chopped liver, and 400-500 pounds of kishke each week. We are currently selling 7000 pounds of fresh meat and products, and we have plans to sell 12,000 pounds per week.

When did you introduce vegetarian options, and why?

There was a demand for it. Like I said, I sensed what the customer wanted and tried to stay ahead of the trends. I introduced vegetarian options about 25 years ago.

An early employee taught you about butchering and meat; you apparently didn’t know what chuck was. Who was that person?

I hired a very experienced butcher because I knew nothing. He said, “I’ll stay with you for eight weeks, until you learn the business.” I couldn’t afford to have him longer than that. I paid him $100 a week. I only took enough money out of the business to pay some rent. Room and board was $15 a week. I used to smoke and my father gave me a dollar every week to buy cigarettes. A package of cigarettes was 10 cents.