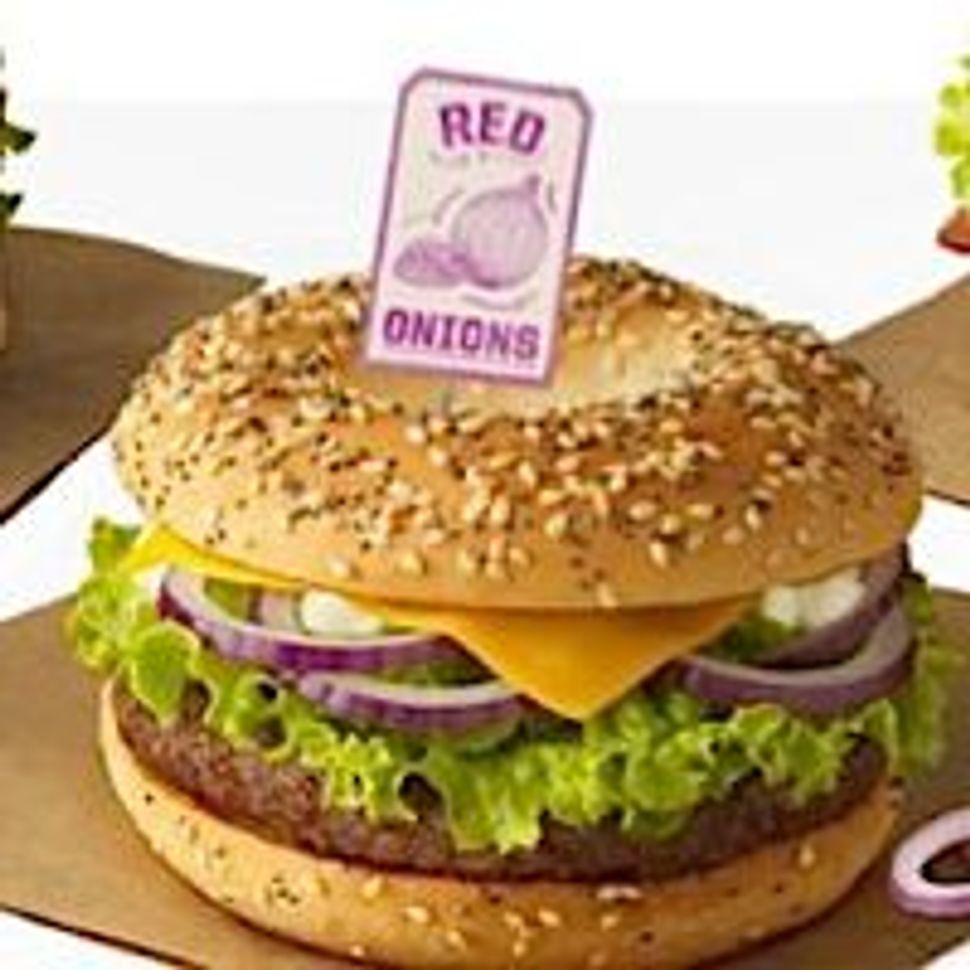 For a bagel purist, the thought of a bagel burger is far from appetizing. Cream cheese, lox, fried eggs, and sometimes deli meat belong between two halves of a sliced bagel—but not a ground beef patty.

But if McDonald’s were to ever introduce a bagel burger, it would have to do so in New York, home of the world’s best bagel — right? Wrong. The fast food giant has debuted its bagel burger in France, home of the baguette and croissant, not the Jewish roll with the hole.

To add insult to injury, one of the three varieties of “Bagel Stories” they’re offering at McDo (as McDonald’s is popularly known in France) involves slices of — gasp! — bacon sandwiched somewhere between the two bagel halves.

If McDonald’s is insisting on going down that road, can we at least recommend using a bialy instead of a bagel. Who wants all that burger juice dripping through the hole?

And if the company was really hell bent on bringing bagel burgers to French speakers, then why did it not start with Montrealers, who at least know something about a good bagel?