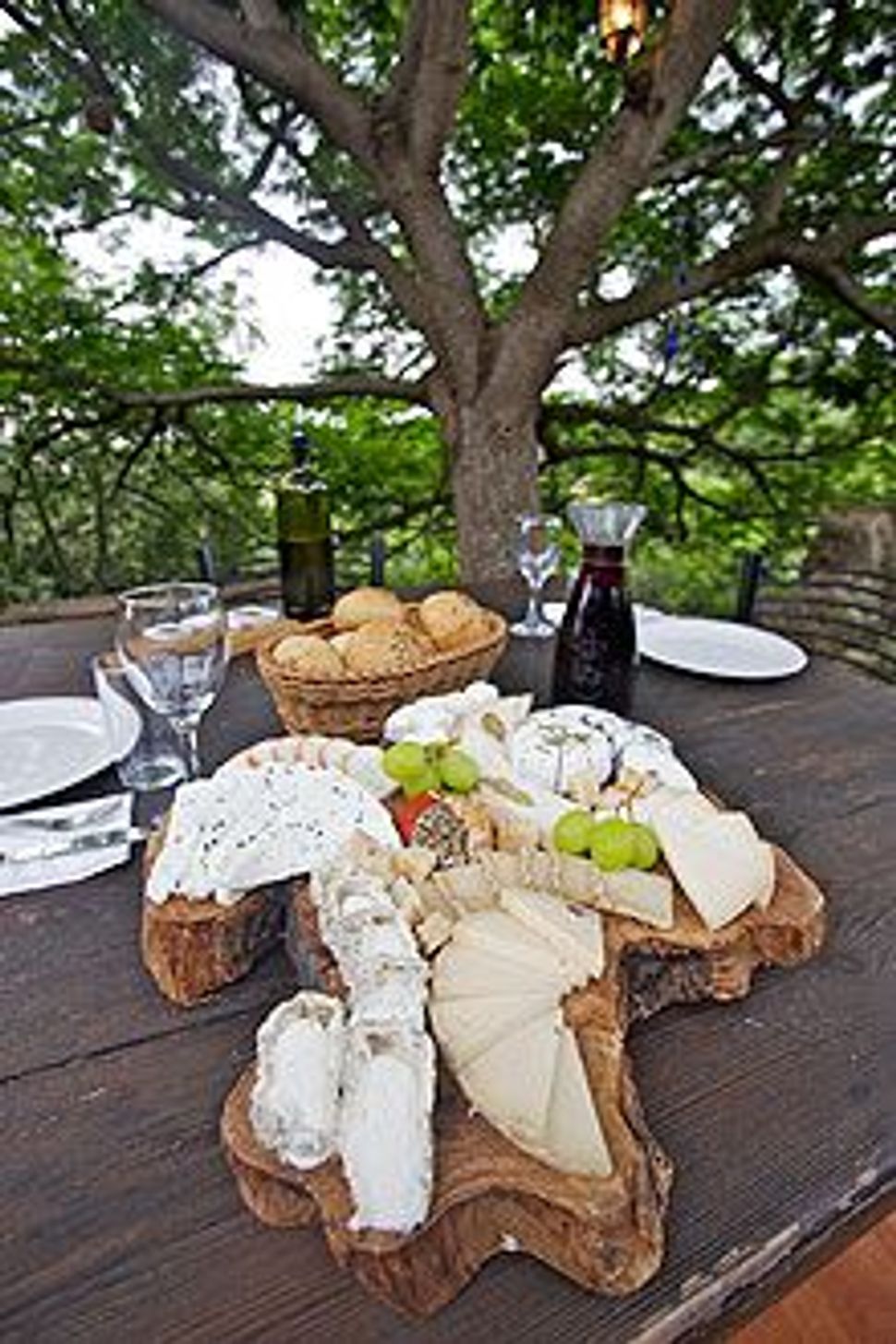 Image by Courtesy Of: http://eincamonim.rest-e.co.il/

It’s no secret that the kosher-keeping set in America often look longingly at the options available to our non-kosher-keeping friends. Gooey ripe cheeses. Local meats. Restaurants with certain character and flair. Even fresh-baked bread isn’t as easy to find as we might like. So when the chance came to take a vacation – the first in several years – my husband and I immediately knew we were headed to Israel. To eat.

The trip did not disappoint, and for a couple of foodies – albeit already well-connected in the kosher sustainable food world – we found delight after delight of kosher foods that we just can’t get at home, many of them also local, sustainable and reflecting the specific palate of Israel. Here are a few highlights:

The Eucalyptus – a new restaurant in the Artists Colony offered a 9, 12 or 15-course tasting menu. The chef focuses on local, seasonal ingredients, minimally dressed up so you can really taste what you’re eating. A highlight for me was a hubeza salad. Hubeza is an Arabic word for a plant in the mallow family that grows wild all over Israel, and is particularly lush in the wet winter months. It has been harvested for centuries by fellaheen (Arab agriculturalists with a fascinating story, told in Abbie Rosner’s Breaking Bread in the Galilee). The chef also came and shared a d’var torah with us about the lentil soup, which was featured in that week’s parsha in the story of Jacob asking Esau for some of that “red red stuff please (na)”. “Na” also means “rare” (as in, the opposite of “well-done” meat) and the chef pointed out that red lentils, which are usually cited as the contents of this “red red stuff”, when cooked, actually aren’t red at all, but more of a yellowy-brown. Instead, we might understand that Esau was cooking a meat stew, and even though the meat was still rare (“na”), Jacob was famished and wanted to eat it before it was cooked. Who knows, but it was a nice touch on a delicious dinner (so was the bottle of herb-infused arak brought to our table as a complimentary after-dinner drink for us to imbibe freely.)

Ein Cammonim – a goat farm and cheesery in the Galilee, west of Tiberias, offers a tasting menu on their grape-canopied terrace. They brought out ten exquisite cheeses on a beautiful wooden board, and we nibbled each one with anticipation. Some with a little blue. Some soft. Some hard, really hard, with the tangy punch of a Manchego but richer. When we called the waiter over to ask about the names of some of the cheeses, and she saw that we were making a list of the ones we wanted to purchase, she asked, “Would you like to try some more cheeses?” Would we! Another wooden platter appeared, this one with even more exotic cheeses – a “Master” that reminded me of the stinky stinky epoisse; a camembert-style cheese wrapped in grape leaves; a comte with green peppercorns, and more. We spent the better part of the afternoon there, and the better part of our cheese budget for the year in the gift shop (which also sold local olive oil, fig/honey spreads and passion fruit sorbet).

Makom B’Sejera – a restaurant in the Galilee that specializes in rare kosher meats. Housed in an old farm house built at the end of the 19th century (thick stone walls, a wood-burning stove, and a curious collection of faded photographs of Ben Gurion), the menu featured pigeon, quail, pheasant, bison, deer and more. The food was outstanding, each dish prepared with local flavors like dates, za’atar, pinenuts and olive oil, and the host was friendly and welcoming even on a dark and stormy night (yes, these happen in Israel).

Rish Lakish Olive Press – This family-run press in Zipori picks olives from 2,000 year-old trees and presses them on a stone press in a special cob-building built to house the production and a tiny shop. Outside, a garden flourishes with pomegranates, hyssop (za’atar), rue (the herb used in olive curing) and vegetables. We learned that with olives, it’s a matter of hours between the harvest and when the processing must begin, otherwise the ripe fruits oxidize and the oil produced is bitter. Our host was extremely knowledgeable about world-wide olive production (apparently Spain offers major subsidies to its olive growers, affecting prices worldwide) and the health benefits of olive oil (she takes a spoonful every morning, to help with everything from arthritis to brain development). We tasted several different kinds of olive oils, from the buttery to the bright and fruity, and one special blend with rosemary (where the rosemary was actually added to the press, extracting essential oils, rather than a sprig of the green plant stuck in the oil, which can cause rot).

Although we spoke with all the owners about “how nice it would be if we could get this kind of food in the States,” in fact there is also something refreshing about some foods just not being available everywhere. There are still some foods you have to travel for. And once every three years (or ten, or…?) it’s worth it.

Want to go on your own Israel Food Tour? Learn more about the Hazon Israel Sustainable Food Tour

Anna Hanau is the Associate Director of Food Programs at Hazon, and co-authored “Food for Thought, Hazon’s Sourcebook on Jews, Food and Contemporary Life.” She and her husband Naf Hanau founded Grow and Behold Foods, and they keeps a flock of chickens in their backyard in Brooklyn. In accordance with Hazon’s conflict of interest policy, Anna does not work on Hazon’s meat or meat-related projects.