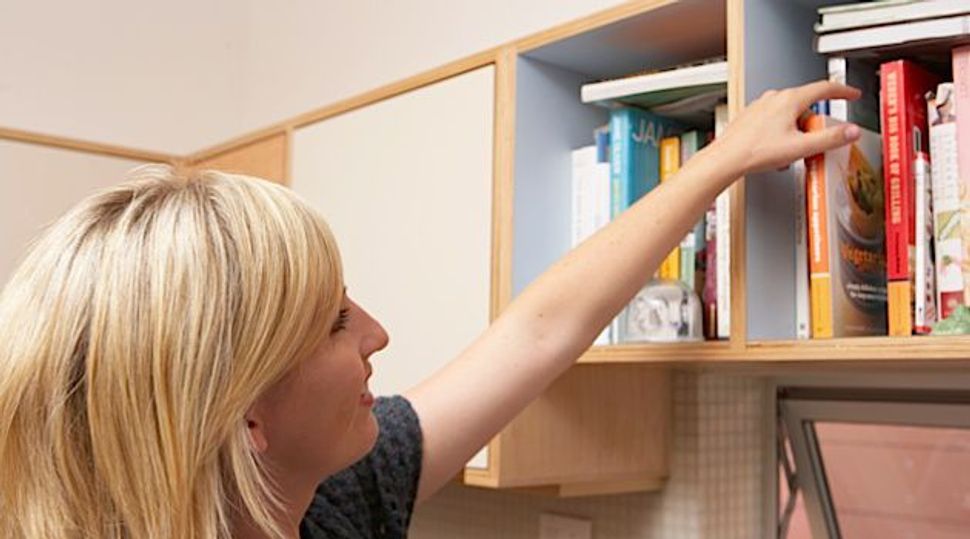 While the book publishing industry at large struggles in the digital era, cookbooks have been blessedly exempt from the decline. That is to say, good cookbooks have been doing better than ever, with publishers turning out books whose photographs, storytelling, design and whole-package impressiveness leave us with no desire to set them aside in favor of the internet. The 2013 lineup is particularly strong: For the home cook looking for Yiddishkeit, these five volumes in particular are worth adding to your wish list.

The Lower East Side pretty much wouldn’t be the Lower East Side without Russ & Daughters, the iconic appetizing shop on Houston Street where seemingly all of Manhattan gets their smoked sable, chopped liver, caviar and generously schmeared bagel sandwiches. Current proprietor Mark Russ Federman, a third-generation Russ, tells the story of the shop from its early 20th-century beginnings as J. Russ Cut-Rate Appetizing to its current status as an essential gastronomic destination, with recipes throughout.

Chef Todd Gray, proprietor of the acclaimed Washington, D.C., restaurant Equinox, was inspired by his wife’s Jewish heritage in developing his signature fusion of Eastern European, Middle Eastern, and modern American flavors. Now he brings that eclectic sensibility to the page in this wallop of a cookbook, with 125 sophisticated recipes for all seasons like fig and port wine blintzes, matzo-stuffed cornish game hens, chocolate-hazelnut rugelach and more.

There’s always been a divide between Jewish home cooking and Jewish restaurant cooking, but this book by Oregon food writers Michael Zusman and Nick Zukin (he’s the “Zuke” in the well-loved Portland deli Kenny & Zuke’s) aims to bring the celery soda, gribenes and health salad home. Part forward-looking cookbook, part celebration of the institution of deli, this hundred-plus-recipe book revels in the entire range of Jewish North American food culture.

Israeli-born chef Yotam Ottolenghi shook up the cookbook world with “Plenty” in 2011 and “Jerusalem” in 2012, both of them vibrant, visually immersive guidebooks to his globally inspired, uniquely focused Middle Eastern palate. Meanwhile, he’s also been shaking up London with his mini-empire of restaurants that serve the same kind of appealing fare. And now, his very first book, published in the U.K. in 2010 and inspired by the food served at those restaurants, will finally be available to U.S. readers.

It was only a matter of time before the world’s most high-profile kosher vegan turned to cookbook authorship, and so it is that Blossom’s recipes will grace bookstores this year. Co-authored with a nutritionist, the book draws inspiration from recipes Bialik has published on her blog, including family-friendly Jewish classics like water challah and mini potato kugels.