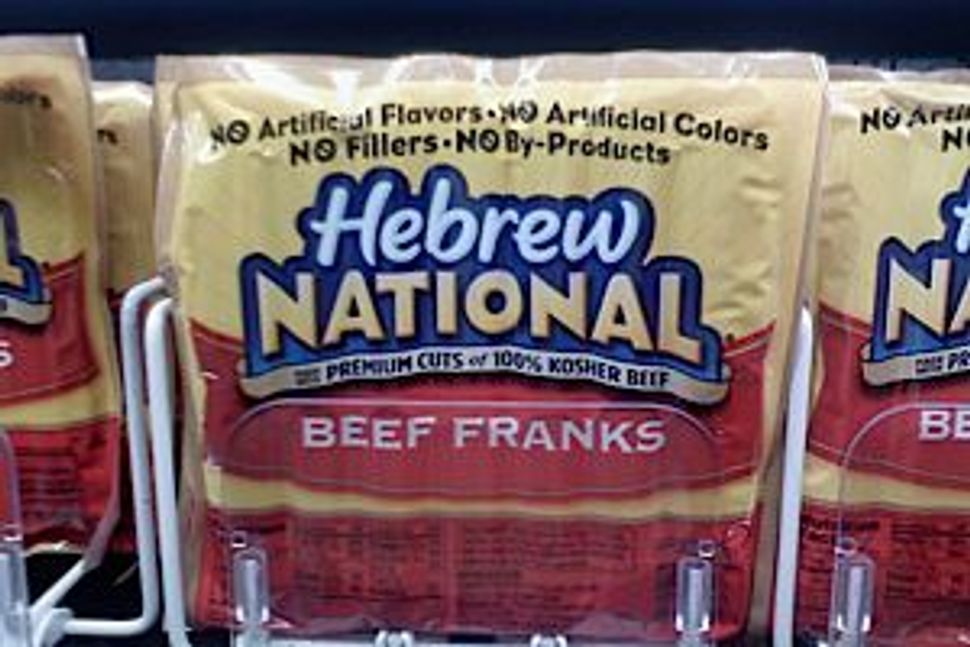 ConAgra Foods Inc has won the dismissal of a lawsuit filed by consumers claiming the company’s Hebrew National hot dogs and other products are not kosher.

U.S. District Judge Donovan Frank in St. Paul federal court ruled on Thursday that he does not have jurisdiction over a dispute that he described as “intrinsically religious in nature.”

Eleven consumers filed the lawsuit last May, asserting that ConAgra misled customers into believing that its products were kosher according to “the most stringent” Orthodox Jewish standards by including a symbol on its packaging.

The lawsuit alleged that ConAgra’s contractors, meat processor AER Services Inc and kosher supervisor Triangle K, failed to follow proper religious procedures. The plaintiffs sought unspecified damages and an injunction against the labels as well as class-action status for consumers who have bought Hebrew National products since 2008.

“Any judicial inquiry as to whether defendant misrepresented that its Hebrew National products are “100% kosher” (when Triangle K, an undisputedly religious entity, certified them as such) would necessarily intrude upon rabbinical religious autonomy,” Frank wrote.

He noted that ConAgra, the only named defendant in the lawsuit, is a secular entity, while the plaintiffs chose to leave Triangle K and AER out of the lawsuit.

“It is Triangle K and its Orthodox rabbis who make such determinations,” Frank said. “Naturally, therefore, this court cannot determine whether defendant’s Hebrew National products are in fact kosher without delving into questions of religious doctrine.”

Hart Robinovitch, the plaintiffs’ lawyer, did not immediately return a call for comment on Thursday evening.

In a statement, ConAgra spokeswoman Becky Niiya said the company has “always stood by our kosher distinction and status.”

“We know how important kosher quality is to our consumers, and we look forward to continuing to make Hebrew National 100% pure kosher beef franks and other kosher offerings,” she said.