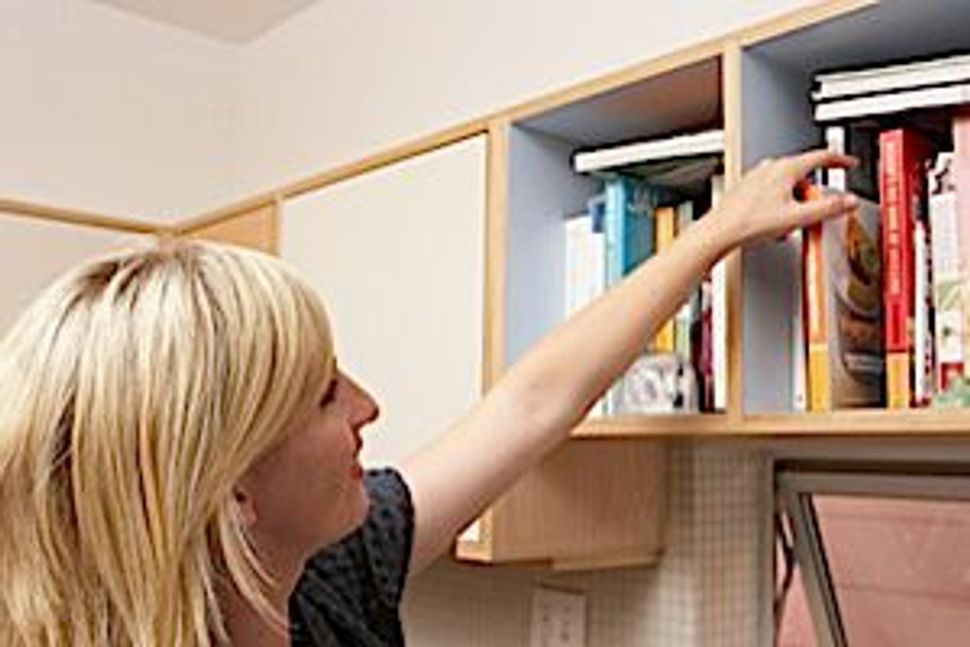 The post originally appeared on What Is Your Food Worth.

I am not a hoarder. I am constantly trying to simplify, to reduce my house of the “stuff” that has accumulated over my many moves. But the one thing that I keep adding to is my cookbook collection. On a recent trip to Las Vegas, I found myself in the most amazing used bookstore, Amber Unicorn. Lest you think I just happened upon this hidden gem in a Nevada strip mall, the credit for the find goes to Ruth Reichl who raved about it in a Saveur Magazine piece back in April. My mother and sisters were generous enough to give me a few minutes on our way to check into Wild Bill’s Gambling Hall and Saloon. I could have spent days there just methodically going through the rows and rows of cookbooks. The Jewish section was extensive and I immediately reached for the community cookbooks, with their spiral bindings. One volume, which I had to take home with me, was called “Centennial Celebration Cookbook: 100 Years of Jewish Cooking in the Ozarks.” Ozarks!! Some of these cookbooks I use, some I just love. This is a list of Jewish cookbooks I love to use.

Here are my five favorite Jewish cookbooks (in no particular order).

For Holidays:
“The Essential Book of Jewish Festival Cooking: 200 Seasonal Holiday Recipes and Their Traditions” by Phyllis Glazer and Miriam Glazer

The Glazer sisters have produced a beautiful seasonal cookbook with great recipes and meaningful explanations of holidays. I particularly like their Lubia Salad (Green Beans and Black-eyed Peas) for Rosh HaShanah, Herbed Rice with Seasoned Currants for Erev Yom Kippur, and Braised “Bitter Herbs” with Pistachios for Passover. While not a vegetarian cookbook, they offer a nice selection of vegetarian recipes; the recipe for Golden Thyme Scented Vegetable Broth makes the best veggie consommé I’ve ever had.

For History:
“Jewish Cooking in America” by Joan Nathan

Nathan’s books are famous for their historical detail. Reading any of them is to be immersed in an ethnography of the source community. As a scholar of American religion and foodways, I like my recipes to come with a story. Reflecting the diverse backgrounds of Jewish immigrants, you can find anything here to strike your fancy whether it be the five types of cholent or seven variations on brisket. While I usually resort to her Moroccan Brisket with Olives, I am occasionally swayed by the Texas Barbecue Brisket as Served to Lyndon Johnson.

For Nostalgia:
“The Mensch Chef, or, Why Delicious Jewish Food Isn’t an Oxymoron” by Mitchell Davis

While I did not grow up in a house that prized Ashkenazic cooking, I have developed a taste for it in my later life. Davis’ recipe for latkes has literally changed my life. Less dramatically but equally tasty, his mother’s recipe for roast chicken is a no-fail. I also appreciate his lenient approach to kashrut, unusual in today’s “Jewish” cookbooks. Davis suggests that a little butter can’t hurt. He is, after all, the Vice President of the James Beard Foundation.

For Passover:
“The New York Times Passover Cookbook: More than 200 Holiday Recipes from Top Chefs and Writers” by Linda Amster

For Fusion:
“Jewish Food: The World at Table” by Matthew Goodman

I enjoyed Goodman’s “Food Maven” recipes in the Forward for years, so I knew I had to have this book. There might be no better meal than his Shorba Addes (Sour Red Lentil Soup) and Salouf (Yemenite Flat Bread). This was, after all, the meal that Esau sold his birthright for.

There are, of course, other important Jewish cookbooks. But these are the ones I really use.

Nora Rubel is a professor of Judaism, Religion, and Foodways at the University of Rochester