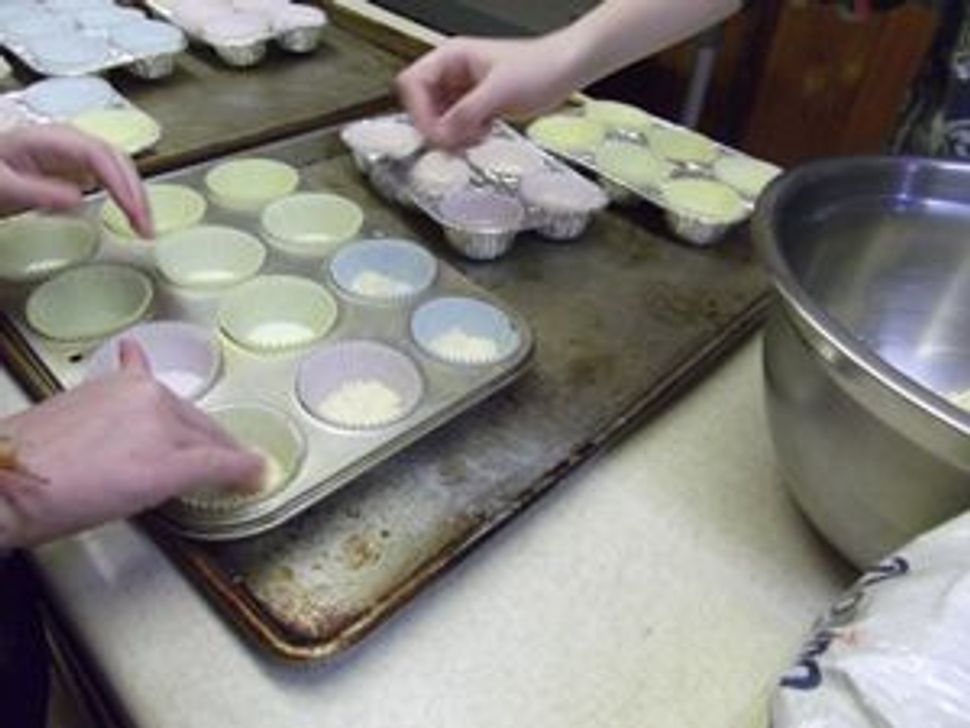 As a long-time vegetarian, when I think of Passover, I am not thrilled by my food choices. At least, I wasn’t until I spent Passover 1992 in Israel and realized that I could follow Sephardic rules. I’m sure my ancestors in 1509 Portugal probably ate beans and rice, and maybe even corn by then, but their decedents likely stopped after fleeing to Poland during the Inquisition.

That leaves me, having grown up trying to make desserts with matzah meal for my family. I have my own traditions now, including a wine cake (arguably the only palatable use for sweet Passover wine), brownies that come out more like fudge, and at least one experimental treat. The family seders I grew up with, we generally had Barton’s candies, fruit jells (I loved the yellow and orange ones), boxes of chocolate covered matzah, and chocolate covered orange peels. The homemade desserts were either fruit compote or sponge cake. Getting creative with the after meal items was intensely challenging, as there were not a lot of K for P options in Knoxville. That, and my mom, who did all of the cooking also had a full time job and three of us kids to deal with in addition to holiday preparations.

I, on the other hand, have a more flexible schedule…and more cookbooks.And a little thing called the internet.

One year, I made cheesecake bon bons. Four hours of mixing and baking the crustless filling, chilling it, cutting it and then dipping it in melted chocolate, and finally, freezing it until ready to eat. It was an overkill recipe that while delicious, will not be repeated.Passover is hard enough work without focusing on one foodstuff for so long. This year, I’m trying a new cheesecake varietal and hoping it will be a big hit. The original recipe sounded good, but I’ve amended it to test it out with my Sunday School class, my guinea pigs. Mwahahaha!!! They love it, don’t worry.

So, this year’s experiment is not only less work, it’s gluten free! Next year, I think I’ll try some raw, vegan pecan tartlets!

1) Preheat the oven to 325 degrees. Combine the crust ingredients in a mixing bowl and beat for a minute or two, until well-combined. Press into the bottom of your cupcake liners. Drop about a teaspoon of the crust mixture in the bottom of each cupcake liner. Then press it flat. Avoid getting too much of the crust on the sides of the cupcake liners, or you won’t have much room for the filling. Bake the crusts for 10 minutes and then remove from the oven. Let cool before filling.

2) Combine the filling ingredients in a mixing bowl and beat for a few minutes, until completely smooth. Scoop about a tablespoon of the filling onto the prepared crusts and smooth the top. Top with chocolate chips to cover, if using.

3) Bake the cheesecakes for 20 minutes, or just until set. Remove from the oven, let rest until room temperature and then chill until ready to serve. The cheesecake bites should take about 2 hours to chill before serving. Enjoy!

*Miriam Leibowitz is a vegetarian, avid gardener, long-time home cook and JOIN for Justice alumna. When she’s not teaching, Miriam is working to bring affordable, healthy food access to Nashville’s food desert neighborhoods,rebuilding relationships between the African-American and Jewish communities in Nashville, and working with others to make the world a better place. (Cue Kumbaya!) *