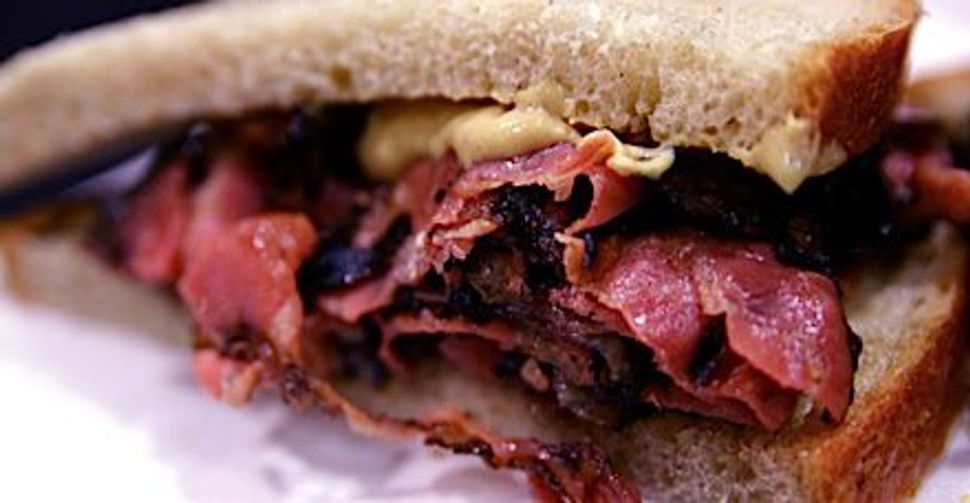 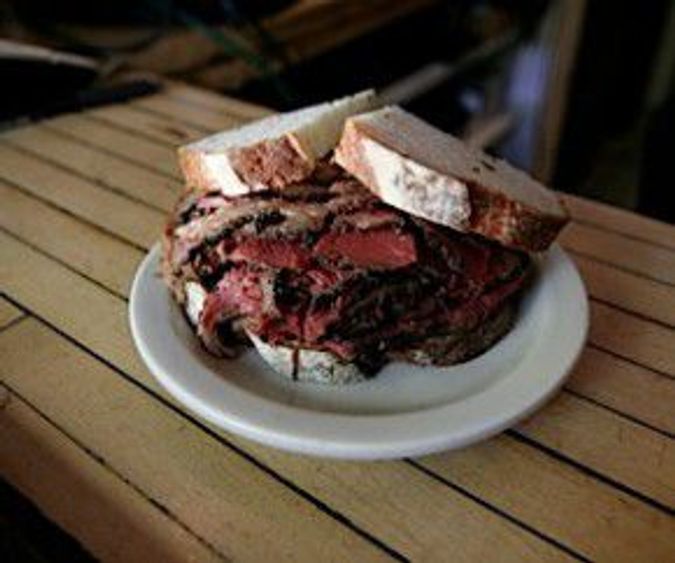 Two classic Jewish eateries, Russ & Daughters and the Mile End, are venturing into late night territory. Russ & Daughters’ move isn’t confirmed yet, but the Lower East Side staple, which specializes in smoked fish, applied for a liquor license for “Russ & Daughters Café” at 127 Orchard Street. (Management told Eater that “there’s really nothing to say just yet,” but a liquor license certainly indicates they’d be dishing up something to wash down that smoked herring.)

But there’s no ambiguity about the new direction of the Brooklyn location of Mile End Delicatessen. Owner Noah Bermanoff recently reopened that location with an updated menu and an extensive craft beer program to accompany it. The restaurant has temporarily suspended breakfast and lunch on the weekdays — though Bermanoff tells the Jews and the Carrot that “we just took a hiatus from lunch” — and is instead open from 5 pm to midnight, serving up brews along with its trademark Montreal-style smoked meats. Old standards will remain on the menu, alongside smaller snack items, like house-cured sardines.

“We wanted to carry good beer, not just beer,” Bermanoff said, explaining that the restaurant had teamed up with former Bierkraft buyer Chris Balla to make their selections. “We’re trying to push the idea that this food and beer work well together.” The new menu includes a selection of sour and smoked beers, like a smoked beer from German brewery Marzen.

The shift isn’t a change in direction so much as a “kick in the pants” for the restaurant, Bermanoff said. “We’ve kind of had a rough eleven months after Sandy,” Bermanoff explained. “I wanted to shake it up and make things fun again.”

The revamped Mile End will also host beer-related events “once or twice a month.” It’s not the only shift for the Mile End empire. Their Manhattan restaurant has been converted from take-out counter to sit-down service, and the Red Hook commissary kitchen, badly damaged by Hurricane Sandy, will take on a more meat-oriented direction. Mile End teamed with Josh Applestone of Fleisher’s meats to craft the new facility with a new focus on butchery. The space devoted to what was once the bakery, which was completely destroyed by the hurricane, will now be what Bermanoff calls a “food-driven event space,” with the capacity to host up to 40 people.

“It’s going to be less about making it an extension of Mile End and being a facilitator for other people’s projects,” Bermanoff said. The event space is due to open mid-October. Until then, you can kick back with a cold one and a pile of those sardines on Hoyt Street.