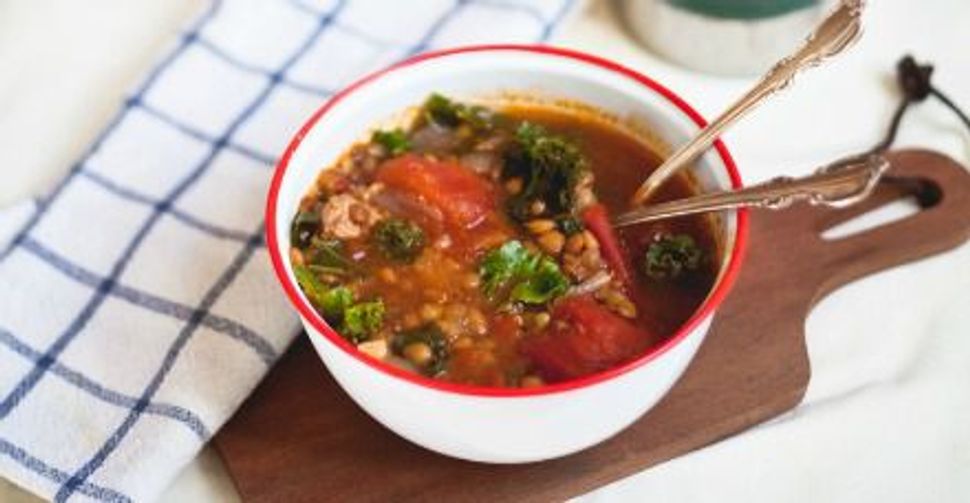 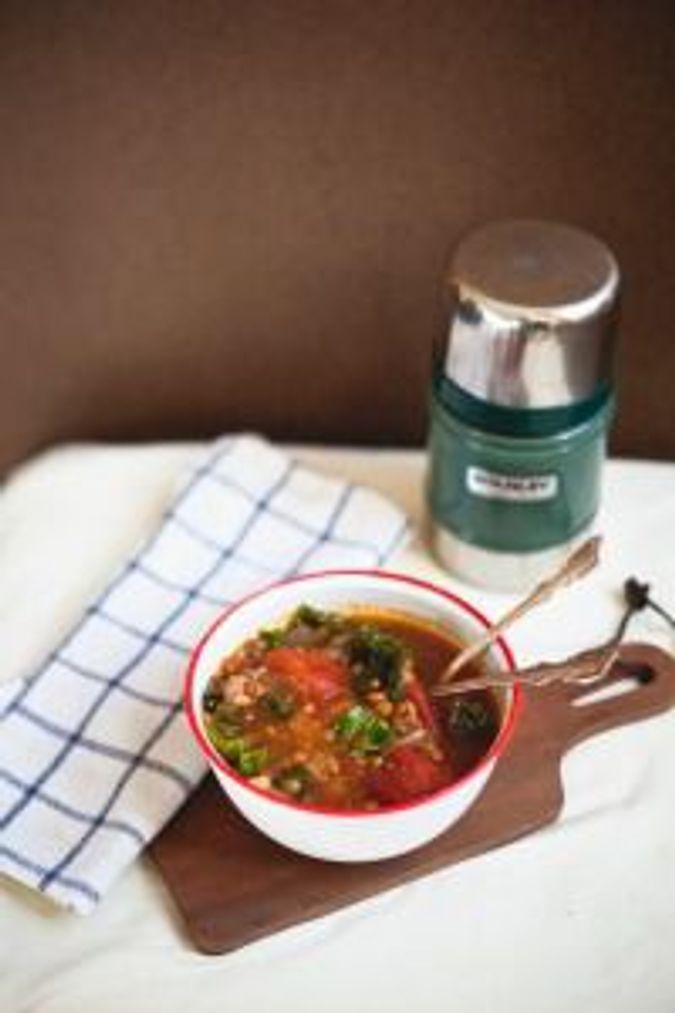 In August, I left Brooklyn and moved to the North Dakota-Minnesota border where my boyfriend, Nick, is a fifth-generation farmer. I arrived just in time for harvest, so with Nick’s 14-hour tractor shifts, our Shabbat meals have been improvised, eaten out of Thermoses, and rustic. (“Rustic” is just my glorified way of saying that bits of soil from the field may or may not have made their way onto our utensils by the time we ate.)

What the locals don’t specify when you’re warned about the brutal winters here is that soup weather arrives much earlier than it does in Brooklyn. Which is something to celebrate; you take what you can when the tales of -40 degree temperatures start circulating. And so my favorite Shabbat meal thus far was a few weeks ago during navy bean harvest. It consisted of a simple but filling soup, shared with Nick during a very bumpy chisel-plowing ride.

Perched up on our little tractor seats, two spoons and one Thermos, our first bites instantly brought us back to Brooklyn in the fall. It was the kind of nostalgia that you really only get from a warm comforting dish, and it came on like a strong drink on an empty stomach. As the sun went down, we gobbled up that soup, and I peered out the tractor window where the crops stretched into the horizon. It wasn’t a traditional Shabbat, and admittedly it wasn’t totally restful either, but it was indeed memorable, beautiful, and delicious.