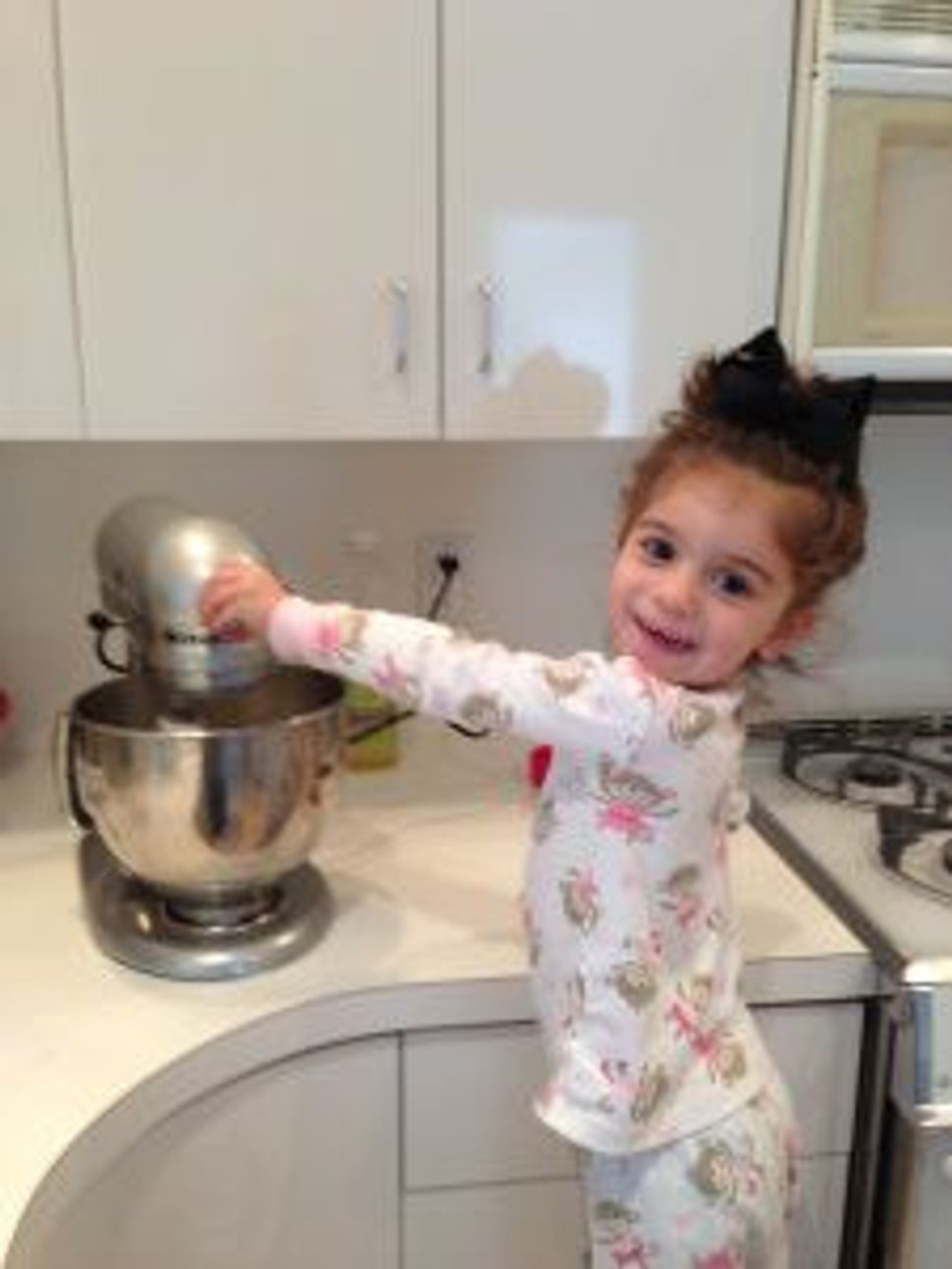 Image by Courtesy of Sylvia Fallas 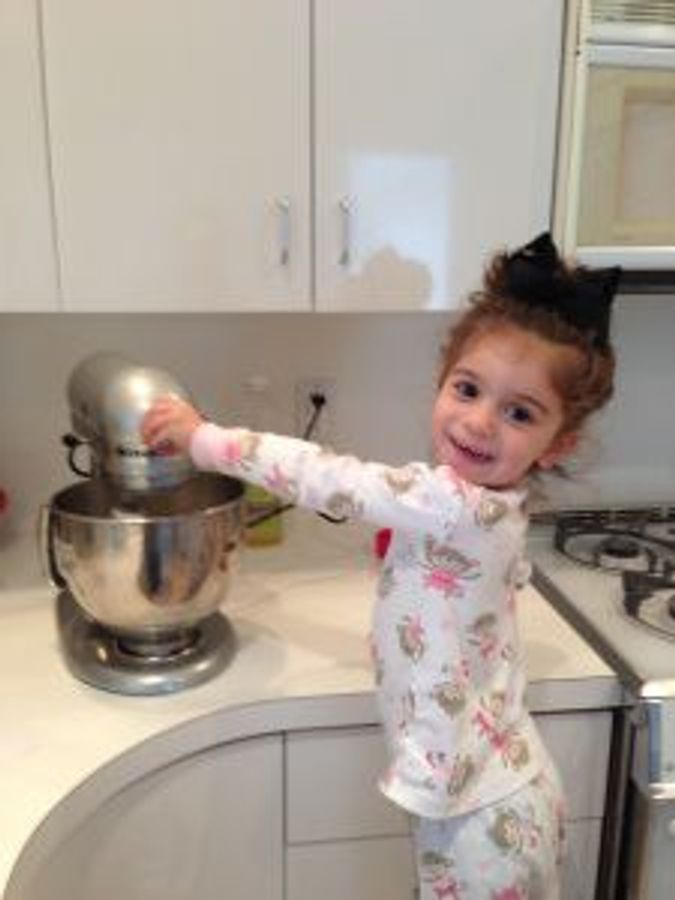 Image by Courtesy of Sylvia Fallas

Every November, the stores start piping in holiday music. Santa is everywhere and the shelves are stocked with eggnog, candy canes and shiny decorations. The Hanukkah section is relegated to a small section in Target; some blue paper plates and a box of latkes mix. Last year I ignored it, this year with my daughter coming home from preschool covered in silver and blue glitter, marching like a Maccabee, ignorance was not bliss. I wanted to instill her in her that Hanukah is awesome, and give her an early sense of her Jewish identity.

So, this Hanukah, I decided my pre-schooler and I would go nuts. Old enough to be involved, we went shopping- silver tinsel, an extra menorah, flour, sugar, cookie cutters and sprinkles were all purchased and waiting for Hanukah break. We decorated the house, rolled out dreidel cookies, set up the menorahs, and fried latkes…. And it was only day one of vacation. The only thing left to do was make sufganiyot.

See, I’m a fairly accomplished home cook, but yeast and I have a volatile relationship. My challahs taste like lead, my babkas are chocolate puddles, and let’s not start with pizza dough. My daughter was bugging me about sufganiyot, singing a song that she learned in school. So on day two of vacation, I figured we’d attack and conquer. How hard could it be? I wouldn’t even have to knead the dough, we had the KitchenAid to do that. (Let it be known: bring out the heavy equipment and the toddler crowd comes running. Could be water and flour spinning in there, but to the littles, it’s the equivalent to eight days of burning oil.)

With all the ingredients bought and ready, there was one thing left to do. It was time to find a recipe. Toddlers and sputtering oil are not a match made in heaven, so I decided to try my hand at some baked donuts. Google led me to a “tried and true” recipe by a famous chef. Out came the flour, yeast, sugar, oil, measuring spoons, and patience. We scooped flour and sugar, counting in English and Hebrew. (Using a 1/4cup measure- so many more scoops that way!) The dough sat to rise, and we sat too, watching it puff slowly, poking at it every so often. My daughter thought this was the miracle of miracles- the dough puffs up!

Finally, after endless waiting, the sufganiyot came out, golden and smelling delicious. After a quick dusting in cinnamon sugar (not only the donuts, but again, the whole kitchen too) we were ready to dig in. And we did.

One bite and the look on our faces was priceless. They were absolutely AWFUL. Leaden, bitter, starchy rocks. There was no salvaging these bombs. This was a total recipe failure. No amount of cinnamon sugar, raspberry jelly, or molten chocolate could have saved these monstrosities.

As a mom and cook, I was so upset. I failed myself by creating a most disgusting donut. But I looked down at my smiling kid tapping her foot singing a latkes song, and it hit me. It’s not about how the donuts tasted. It’s about that tiny human scooping flour, flinging cinnamon sugar, singing dreidel songs, and telling me that Morah is going to be proud of her. In that moment I knew that my Jewish identity was stuck on my sleeve.

Maybe the donuts didn’t work out. But my daughter was thrilled to make Hanukah treats and tell her class. That’s definitely more important than a short lived treat. I guess I could proudly say that Passover is my holiday. There’s definitely no yeast to get in the way.

Sylvia Fallas is a 20-something Jewish mom, living and playing tea-party in Brooklyn. Experimenting in the kitchen is her passion, and she’s always up for an adventure.