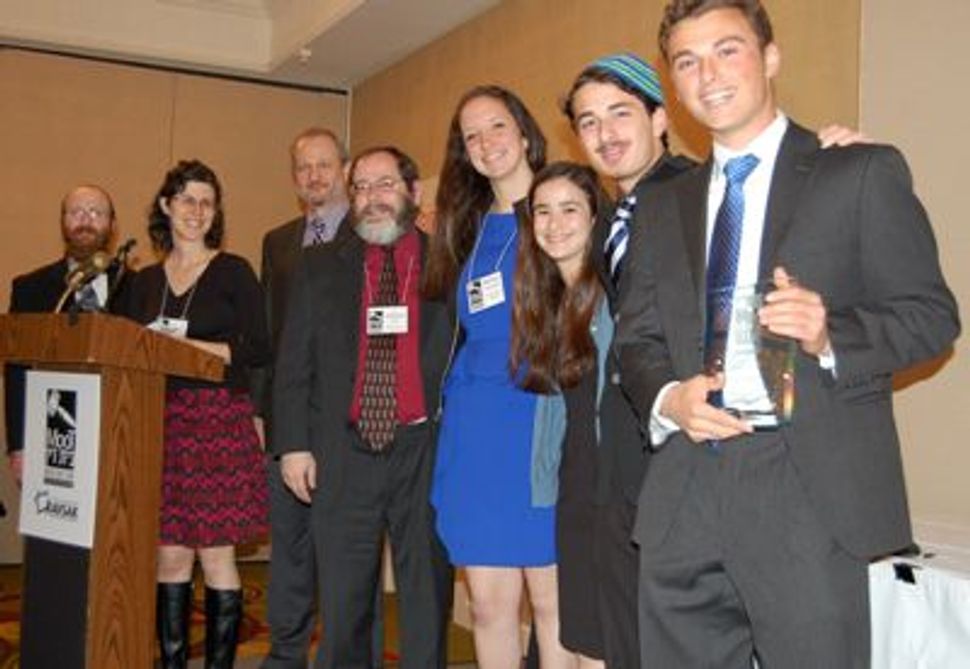 Most Jewish holidays have food as a central component of the celebration-from latkes on Hanukkah to misloach manot on Purim and blintzes on Shavuot. Yet, Passover, through the Seder and the full-scale flip from “chametz” to “matza” (from eating leavened foods to eating foods devoid of all leaven), makes food and eating an essential focus of preparation and observance. For at least this week, what we eat and with whom we eat defines us as Jews.

RAVSAK’s Moot Beit Din, an annual competition for high school students in Jewish day schools, made food the focus of our 2014/5774 program. We challenged students from across North America to consider whether a Jewish summer camp that prides itself on being environmentally conscious has an obligation to consider tzaar baalei hayim (mistreatment of animals) and thus serve locally raised kosher meat even if it raises the tuition costs at camp significantly enough to make it less affordable to many families. The case touched on such current issues as industrial farming, the morality of eating meat and the role of economics in halakhic decision making. Students were asked to calculate a cost/benefit analysis of switching to an organic diet at Jewish institutions — an ostensibly desirable undertaking — in light of the real financial issues that might exacerbate the modern plague of the high cost of Jewish living. Like the Seder, Moot Beit Din used powerful questions, ancient texts, wise voices and great debate to elevate mundane conversations about food to a heightened and holy level.

A case around “ethical eating” was one that particularly resonated with students. According to Dr. Joshua Moss, team advisor for American Hebrew Academy, “The most valuable thing was how the [Moot Beit Din] event gave our students the motivation to apply themselves to understanding Torah ideas and to go beyond their previous limits in expressing themselves.” In this way, Moot Beit Din provides an opportunity to apply a Jewish framework to a personal decision that has an impact on the students as Jews, as consumers, and as global citizens. The students came to understand that in today’s highly interconnected world, what and how we eat is an idiosyncratic matter with communal ramifications.

Much like the four questions, RAVSAK’s Moot Beit Din serves as a trigger to launch real conversation about the intersection of rights and obligations, the individual and the collective, the ancient and the modern, all in the context of the unique historical narrative and enduring value system we call Judaism. Jewish day schools forge, liberating bonds between Jewish literacy and Jewish action. As these teens prepare for college and life beyond, it is our hope that they will carry with them the tools, skills, knowledge-base, experiences, relationships, and dispositions to make good decisions powered by good values. If so, dayeinu.

We invite all readers of The Jew and the Carrot to learn more about the Moot Beit Din competition. Moot Beit Din engages students with the vitality of the Jewish legal system and its relevance to their own lives, forging that critical link between Jewish learning and Jewish living. After a semester of studying Jewish texts, researching the specifics of the case and then crafting written arguments, teams of students travel to meet with other schools and debate their arguments in front of a panel of informed and engaged Jewish leaders who in turn challenge them to defend their positions. The debates themselves unfold at the end of a four-day Shabbaton (hosted this year by Hyman Brand Hebrew Academy in Kansas City, MO– where better to debate the ethics of eating meat than the barbeque capital of the world!?) where participants build community and enduring relationships with other day school students from communities large and small.

Dr. Marc N. Kramer is the Executive Director of RAVSAK.