The Great Bagel Peace Treaty of 2014 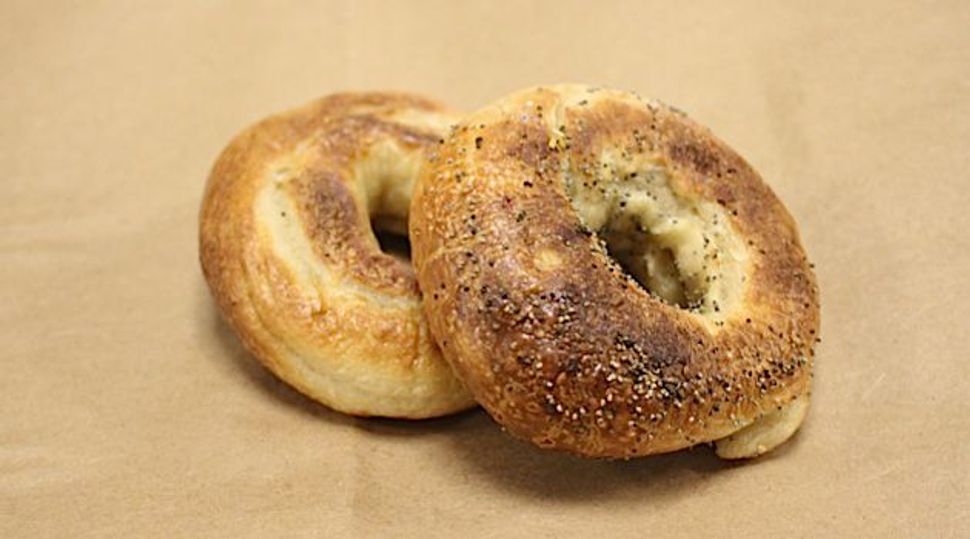 Bagels fresh from the oven at Black Seed Bagels in New York City.

The once small, chewy and crisp bagels have been transformed into bloated overly airy and stale versions of their former selves. While several young cooks took up the call to revive the Jewish deli — smoking their own pastrami, baking their own rye bread and pickling their own cucs — the bagel languished. It was left out in the cold for mass marketers and producers to co-opt and morph into something that would be unrecognizable to the hundreds of bagel merchants that once dotted the Jewish Lower East Side.

Fortunately, two bagel devotees — Noah Bernamoff, the owner of Mile End Deli and Matt Kliegman of The Smile — have banded together to restore the bagel to its former glory at their new Manhattan shop Black Seed Bagels, which opened this morning.

“Matt and I have been lamenting bagels since Hurricane Sandy,” explained Bernamoff. So in October they leased a space on Elizabeth Street, down the block from Kliegman’s apartment, and got to work on developing a recipe with bakers Dianna Daoheung and Rob Rohl.

Kliegman, a New Yorker, and Bernamoff, a Montrealer, each brought their favorite elements of their native bagels to the process. “We’ve taken the things we like from both” and created something new, said Kliegman. 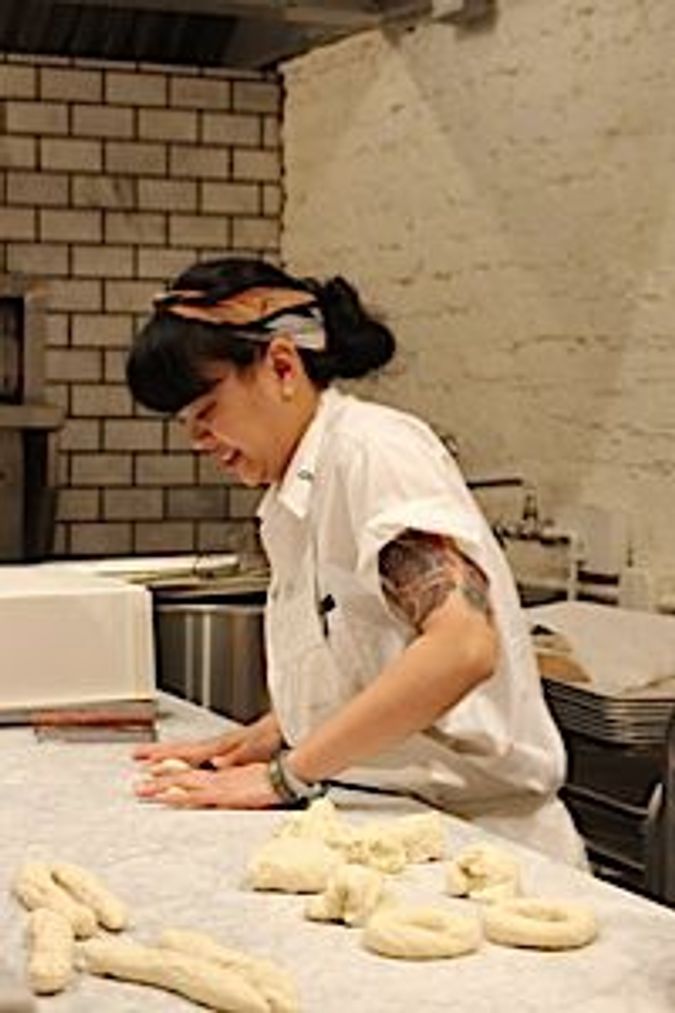 The bagels are small, baked in a wood oven and boiled in a kettle of water sweetened with honey (all techniques from the North Country). But the dough is also allowed to ferment overnight as is traditionally done with New York bagels to create an airy quality that Kliegman describes as “uniquely New York.”

The result is a small, slightly chewy, well-seeded bagel with just a hint of snap in its crust. At the shop — a hipsterized version of Montreal’s Fairmont Bagels — the bagels are topped with schmears like rich house-made plain, horseradish and scallion cream cheeses and a decadently fatty beet cured lox. Also on offer is a spread of smoked bluefish and cold-smoked lox from Brooklyn’s Acme smoked fish company.

Bernamoff, who helped pioneer the current Jewish food revival in New York, is known for his devotion to his hometown, at times even dispatching a truck regularly to Montreal to schlep bagels back to his Brooklyn-based deli. So why veer strictly from his roots with his newest project? “I want [these bagels] to be relevant for everyone…. I don’t want to subscribe to a pre-ordained orthodoxy,” he told us. Rather, the pair wanted to create simply a great bagel — which they have.

In that spirit, we wish to declare a truce — and we hope you will too by signing our bagel treaty below.

The Great Bagel Treaty of 2014

In the name of the most holy and individual Trinity (bagels, schmear and lox — of course): Be it known to all, and every one whom it may concern, or to whom in any manner it may belong, that for many years past, discords and civil divisions being stirred up in the world of Bagelry, which increased to such a degree, that not only all of these United States, but also the neighboring Kingdoms (Canada) have been involved in the disorders of a long and cruel war.

After having implored the assistance of the Bagel Gods, in the presence and with the consent of the two parties, the following Articles have been agreed on and consented to:

[Translation: Montreal and New York are burying the hatchet — or at least trying to.]

By Devra Ferst and Anne Cohen

The treaty’s introduction is based on the Treaty of Westphalia of 1648, which simultaneously ended the Thirty Years’ War and the Eighty Years’ War and was meant to usher an era of perpetual peace in Europe. (obviously, it didn’t work out that well)

The Great Bagel Peace Treaty of 2014