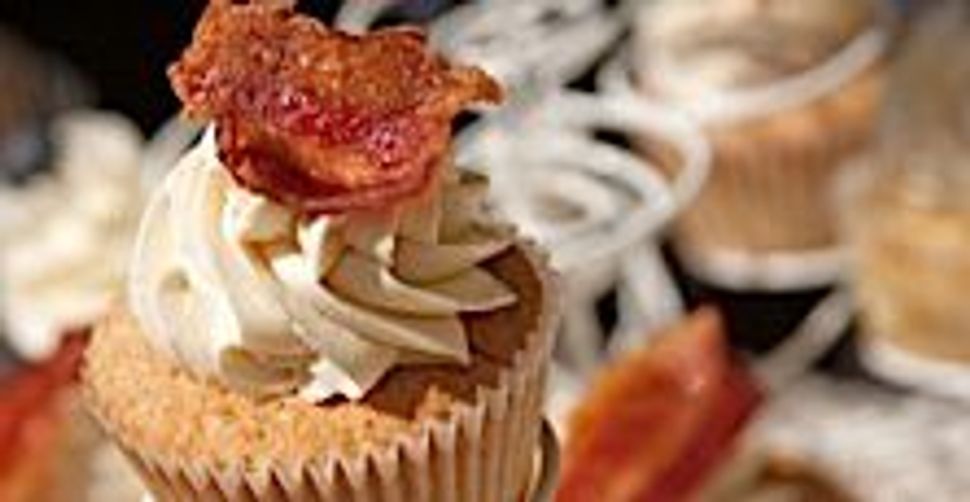 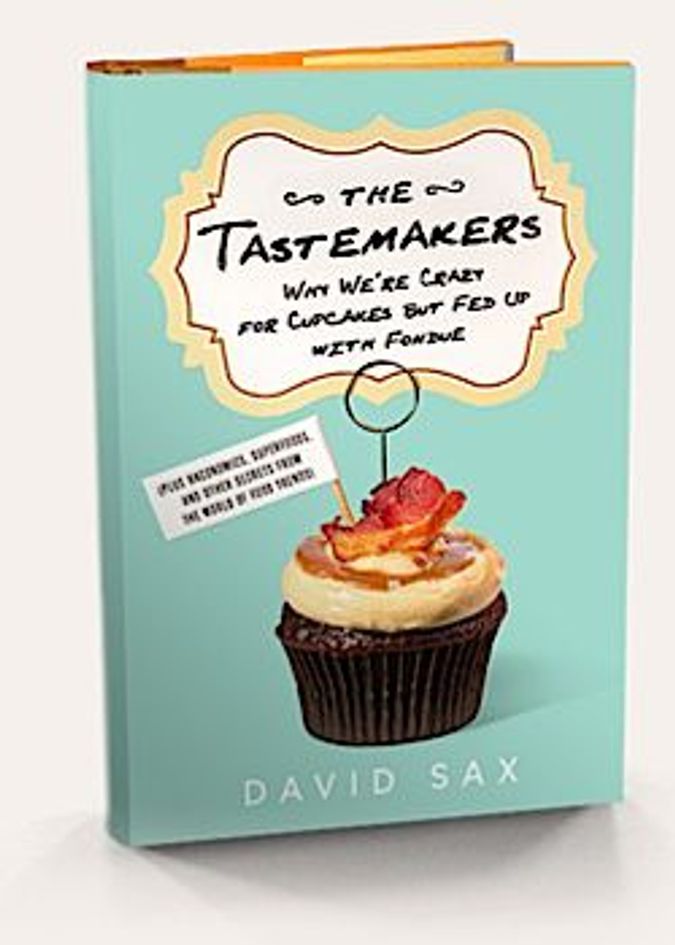 It was the humble cupcake that set David Sax on a years-long quest to explore how food trends emerge, evolve, and explode — often at warp speed. “The cupcake was the food trend that kicked off the 21st century,” he told the Forward. “It was the first food trend to grow up on the internet, go viral, and go global.” The result of Sax’s delicious investigations hits bookstores today: “The Tastemakers: Why We’re Crazy for Cupcakes but Fed Up with Fondue” is the journalist’s first book since his 2010’ James Beard Award-winning “Save the Deli”.

Deeply reported and cogently argued, The Tastemakers also ends up touching on culture, psychology, business, and science — all through the shape-shifting lens of food trends. The Forward caught up with Sax from his Toronto home office to chat about deli, upcoming food trends and cupcakes (of course).

In a world where one Tweet from the middle of nowhere can influence millions of people, how does the notion of “tastemakers” still apply as you present it in the book?

A tastemaker is anyone who can influence the way you eat. Twitter might be true on a day-to-day level, but the most powerful, sustained influence and impact comes from within the food industry. Chefs are the most visible. There are also people at flavor houses or large corporations, or buyers for stores like Whole Foods, who really set trends for what we’ll be eating and where our tastes are going. But it doesn’t have to be a big company. It can be an entrepreneur with a food truck who creates something new and takes a chance. Or someone down the line who says, “Let’s make gefilte fish into a Dorito” or whatever.

In The Tastemakers, you write that healthful-food trends nearly killed Jewish delis not long ago. But it seems deli’s back, big-time. How has that played out?

It really happened against all odds. It starts with one or two people who take risks against everyone’s advice: the guys from Saul’s in Berkeley were doing it a decade or two before everybody, or Kenny & Zuke’s, Zane Caplansky, Noah Bernamoff at Mile End. You quickly saw it spread to other places – Columbus, Ohio, DC, Los Angeles. It became a movement. Several people wrote cookbooks about it. People blogged and wrote about it. It spread through the modern cycle of food trends. I think it’s great. It’s pushed delis everywhere, and pushed Jewish and Yiddish food forward. If something as improbable as Jewish deli can see a resurgence, it can touch any culture. 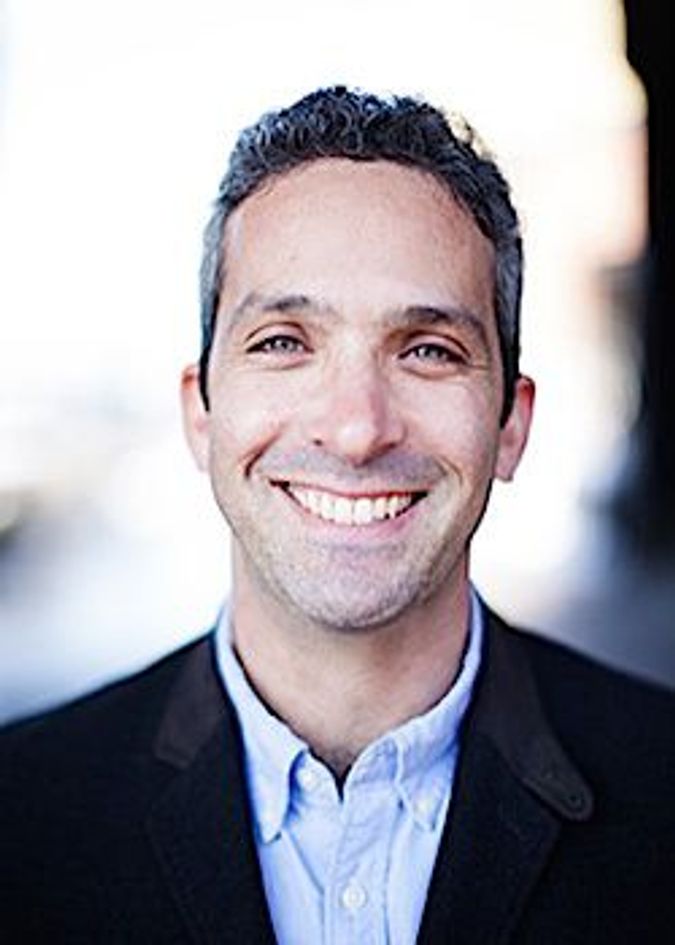 What do you predict we’ll see as food crazes in the next year?

That’s always a difficult question. There are constantly new things coming up — seasonal fads, cronuts, cragels, Sriracha-flavored everything. If we’re staying in the Jewish food world: What no one’s really done, and what you’re going to see, is real Mizrahi-Sephardi food coming out. Someone’s going to go deep into the history and those communities. Someone will do the Ladino restaurant.

How much of food trends now is driven by commercial interests as opposed to genuine, bottom-up interest in a particular food?

It’s all commercial interests. Even the guy at Smorgasburg starting a black-and-white cookie stand is a moneymaking project. Everybody’s trying to drive demand for what they’re doing. The cookie guy tweets and makes t-shirts to sell cookies. If it turns into a trend and evolves, good for them. It does get manipulative and twee at a point — when Buzzfeed’s doing listicles about top ten black and white cookies, for example, or Manischewitz does their version of something and calls it “artisan.” It’s a fine line. But everyone who’s in it — starting a trend or capturing one — is doing it because it’s a business.

Why should the average person on the street care about food trends, and how do they affect our lives and habits in practical ways?

Because everybody eats. What you eat is dictated by food trends, even if you’re not a foodie. Even if you don’t go to hip restaurants, and you only frequent McDonald’s or Starbucks or TGIFridays, it’s there. Everybody’s eating Greek yogurt these days, for example.

A lot of people just don’t care — my grandfather was like that. But most people do. And North Americans are the most neurotic about what they eat. It’s worth knowing how something gets to your plate, and to approach it with a dose of skepticism.

A cupcake’s on the cover of your book, and kind of represents the apotheosis of everything you describe in book. Why cupcake?

The cupcake was the food trend that kicked off the 21st century. It was the 9/11 food trend – after 9/11, people sought out comfort. It became a symbol of an era. I was at [Toronto mall] Eaton Centre last year. One of the shoe stores had a whole a display of heels for spring, with cupcakes on the display. There’s no association with stilettos for a cake connected with childhood. But it became that because of the Sex and the City association. It became a symbol. Not many foods became that. No one was selling shoes with muffins.

Are we at a point where globalizing food trends will obliterate regional differences? You saw a cupcake shop in Asuncion; a hotel in Dublin left me a cronut as a welcome gift.

It won’t obliterate food culture. If anything, it helps. Look at the trend of Israeli food. It’s going around the world. It’s the most reviled nation by many people’s standards. But the world’s going crazy for Ottolenghi and pomegranate. Here in Toronto, we’ve got a bunch of new Israeli restaurants. Trends introduce new flavors and new ideas, but they will never supplant local cuisine. People are very attached to it.

Going back to the deli food trend: Of all the things in my previous book, becoming trendy is what gave deli the best chance to be saved. Deli got cultural currency. That in turn has challenged those in it to do more with it. I have a friend who runs an artisanal gefilte fish company in Brooklyn. If he can make gefilte fish trendy, the sky’s the limit.