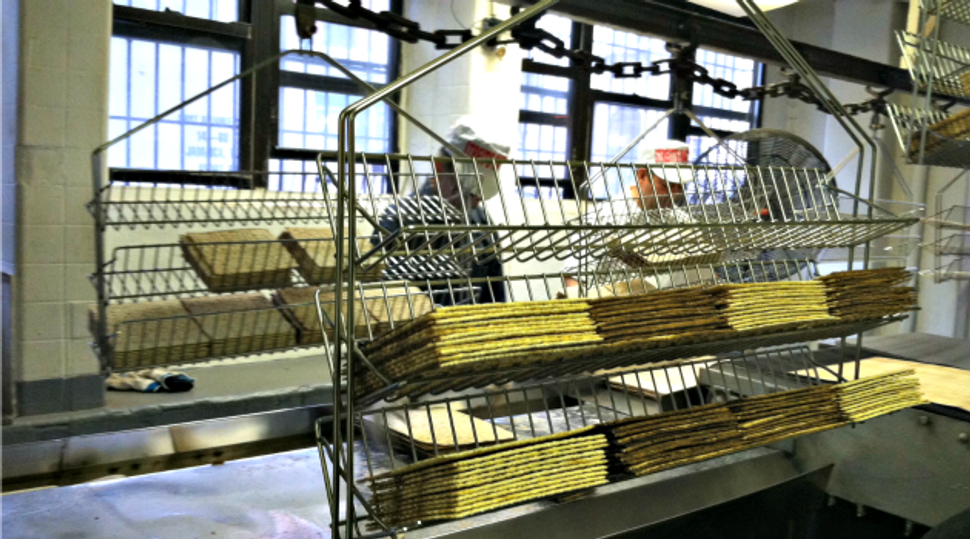 “This is the bread of affliction,” we say on Passover, holding up the dry, flat matzo that will be ubiquitous in our lives for the next week.

Anyone who has eaten it daily for the whole holiday knows that the affliction isn’t the taste or texture, but the fact that from the first bite at the seder, matzo seems to sit in the gut for the whole week, a phenomenon that so effectively evokes our ancestors’ misery.

For me, countless gluten-intolerant diners, and what seems like 98 percent of my Brooklyn neighbors, bread — leavened and unleavened alike — is an affliction. Human digestive tracks simply weren’t built to power through the pounds of gluten most of us take in weekly, and we don’t focus enough on preparing our gut to handle it when we do eat it. It’s like trying to play a high-impact sport every day without ever exercising, stretching and loading up on protein between games.

I recently tried taking out gluten from my diet to see how it would affect me. As people on Passover will avoid chametz, spending months creatively planning their Seder menus around all the forbidden foods, I studied ingredient labels, learned about all the synonyms — euphemisms, really — for gluten in processed, industrial foods.

But in the days leading up to Passover, while I avoided my favorite pizza, bagel and ramen shops, I made one exception to my gluten-free trial experiment, on a tour of Streit’s matzo factory, the only family-owned and operated matzo company in America.

Almost a full century ago, the Streits opened their factory in a tenement building in the Lower East Side. The factory will be moving to New Jersey after this Passover season. New Jersey may lie just across the water, but it’s a universe away for the people who have worked at the factory for decades…and for those who see Streit’s as a nostalgic holdout in a neighborhood that has lost its Jewish vibrancy in recent decades.

Walking into the factory was truly like stepping back in time, if the 1930s had been well-lit. When I asked if we could take pictures, our tour guide laughed and said, “Of course. No one would copy any of this.” Incredibly, their methods, materials and machinery have remained basically unchanged over the last century. Their antique space has simply not been able to keep up with the year-round, worldwide demand for their products. The hot piece of matzo we each tasted at the end of the tour, deliciously eggy and oily and salty, won’t be found on any Seder plate; it’s part of their “Daily Matzo” collection, which decidedly shrugs the strict requirements of ritual matzo, and, let me tell you, would taste great with a little smoked fish spread.

Streit’s is even keeping up with the gluten-free trend. They sell gluten free matzo ball mix as well as vanilla and chocolate cake mixes for our sweet teeth. Passover purists might turn up their noses at these products, but in a competitive food marketplace, nostalgia can only get you so far (as Streit’s has shown in leaving their home on Rivington Street).

In my family, we’ve also had to adapt to changing tastes and diets on Passover. Since my parents stopped eating animal products, we’ve begrudgingly expanded the idea of “All who are hungry, come and eat” to include hungry vegans.

Last year, most of us around the table indulged in my Bubbe’s brisket, brought to New York every year frozen and wrapped in towels in her carry-on luggage. We ate delectable matzo balls — which somehow managed miraculously to float, despite the flock of chickens’ worth of schmaltz added. Meanwhile, my vegan parents slurped beet broth and noshed on a quinoa salad. I made eggless coconut flour cake balls for them, which beat out the jelly fruit slices as dessert of the night by a wide margin.

It’s easy to feel sad when something we love changes. There will not be a factory in a tenement building on the Lower East Side churning out next year’s matzot. My dad won’t sneak the burnt end of the brisket before it’s placed on the table. And I won’t be having much more matzo than is required for the Hillel sandwich this year.

On the other hand, Streit’s will continue to be our local, family-owned matzo supplier, now more than ever. My parents, in their 60s, are healthier than they have ever been. And while I won’t yet be making the switch to oat matzo, I will celebrate this Passover with freedom from gluten and a special gut-friendly prune charoset. And I don’t think my tastebuds will complain, either.

Julie Botnick is a program fellow at Hazon.