New East Village Mexican and All the Weekly Dish 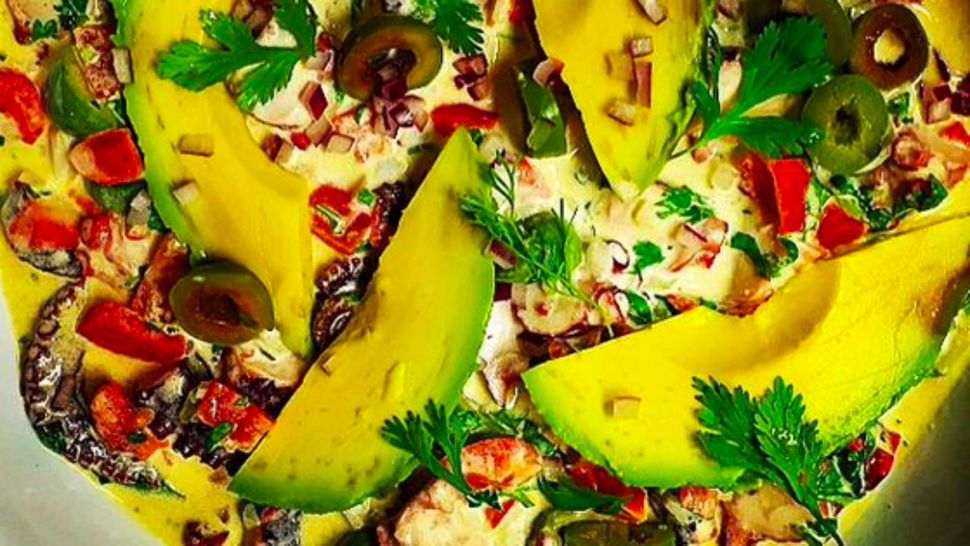 Image by Courtesy of Rosie’s Restaurant/Twitter

Pulpo a la Vera Cruzana, as shown in a “Coming Soon” notice on Rosie’s Twitter feed.

A Jewish guy, an Irish girl and their new Mexican “baby”: Marc Meyer and Vicki Freeman, the pair behind Big Apple favorites , Cookshop, and Hundred Acres, just opened Rosie’s in the East Village, which bills itself as an “authentic” Mexican joint.

Frequent and longtime visitors to Mexico, Meyer and Freeman told WWD they’re aiming to avoid Americanized Mexican cuisine — aka Tex-Mex — at the 90-seat eatery. “There’s an intimacy and high regard for the country and cuisine that’s behind all of this,” said Meyer, whose traditional techniques include grinding fresh masa and cooking on the heavy cast-iron pan called a comal.

Sharp-eyed New York foodies might remember Provence, the duo’s late, great West Village charmer. “[It was] a Jewish guy and an Irish girl trying to do French food. It wasn’t the right fit,”Freeman once told foodie blog The Strong Buzz…

Among them: Rob Katz, co-owner of Boka Restaurant Group (#2, with partner Kevin Boehm); Brendan Sodikoff, owner of Hogsalt (#3), for running “the kind of places you feel comfortable recommending to any out-of-town visitor”; The Melman Family, founders of people-pleasing dining behemoth Lettuce Entertain You Entrprises (#4); Bruce Finkelman, partner in ultra-hot Longman & Eagle, among others (#17); and Mickey Hornick and Jo Kaucher, owners of venerable vegetarian spot Chicago Diner(#50). 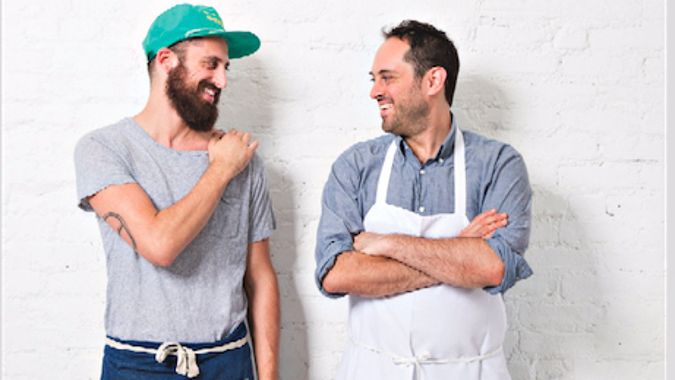 ….The Sussman Brothers are going back to camp. Chefs Eli and Max, who just released the long-awaited “Classic Recipes for Modern People”, will cook at Montauk hotspot/adult summer camp Ruschmeyer’s this summer, Eater reports. The brothers will become co-executive chefs, rolling out a menu focused on seasonal seafood. But the Sussmans — as always — will shake it up, with a late-night slate of Middle Eastern specialties that offer a sneak peek at the restaurant they’re rumored to be opening this fall on the Lower East Side. Stay tuned for a Forward Q & A with the peripatetic brothers very soon.

….Get ready for “the new bible of Israeli baking.” That’s what publisher Artisan Books is calling the first book from New York’s Breads Bakery and co-owner/master baker Uri Scheft. The cookbook “will draw on Scheft’s Danish-Israeli heritage and the Jewish baking traditions of Morocco, Tunisia, Turkey, Yemen and Georgia” and include “more than 100 recipes for sweet and savory baked goods including babka, borekas and breads,” the publisher’s announcement said. And yes, the to-die-for chocolate babka will be in there. But you’ll have to wait until the fall of 2016, the book’s scheduled pub date.

….Mazel tov to Seattle’s Venessa Goldberg, one of eight aspiring chefs selected for a coveted 2015 Women in Culinary Leadership Grant by the James Beard Foundation. The grantees “will participate in a six- or twelve-month mentor/grantee program overseen by top industry leaders” including Milk Bar’s Christina Tosi and Vermilion’s Rohini Dey.

“The grant means I get to spend a year learning more about the less glamorous facets of culinary business, from some of the best folks in my own city, in a hands-on way instead of in a classroom,” Goldberg told the Forward. Goldberg will complete a twelve-month, back- and front-of-house program overseen by Tom Douglas, whose Seattle hotspots include Lola, Assembly Hall and Cuoco.

….Sheldon Sternberg, who ran Best’s Kosher Sausage Company in Chicago, has died at 92, the Chicago Tribune reports. The company — founded by the grandfather of Mr. Sternberg’s wife, Elaine, in Cincinnati in 1886 — later produced the hot dogs served at Wrigley Field and other landmark Chicago venues, with distribution of its products stretching as far away as Japan, the Trib said. After acquiring the company in 1993, Sara Lee Corp. shuttered it in 2008.

New East Village Mexican and All the Weekly Dish