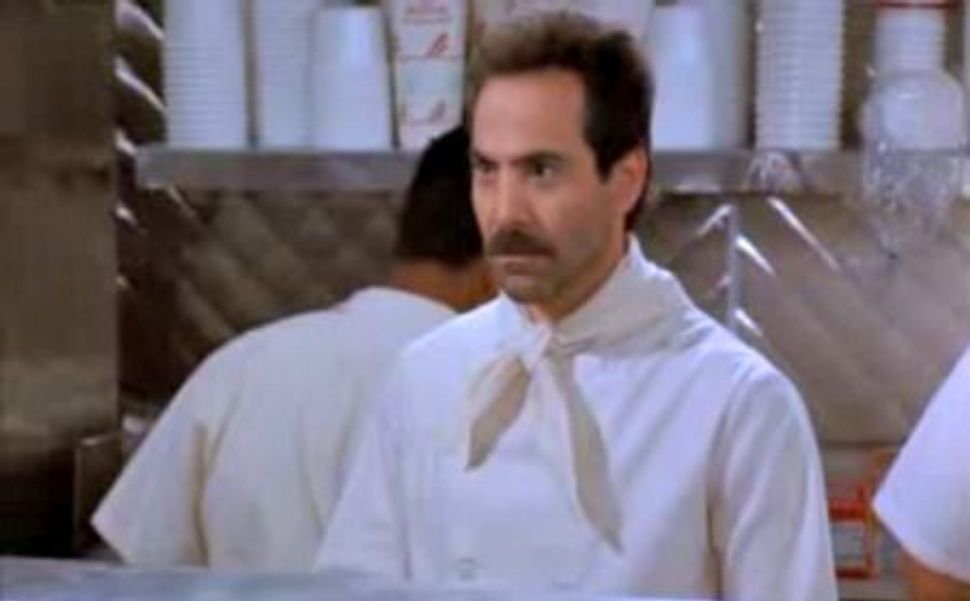 The Soup Nazi’s big in Israel. Actor Larry Thomas, who portrayed the vicious ladler on Seinfeld, is starring in a commercial in the Holy Land. Watch “This Falafel is Making Me Thirsty” here. 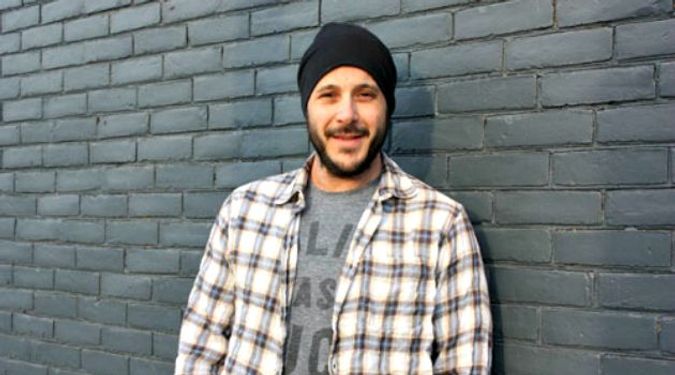 Anthony Rose, who brought Toronto an appetizing shop (Schmaltz) and over-the-top “Jew food” (Fat Pasha), is going back to the future — again.

Rose & Sons Swan, his latest retro-cool eatery, will open sometime this month; it’s a reboot of an iconic Toronto diner that shuttered this year.

On the menu: California cuisine that harks back to Rose’s San Francisco cooking-school days — “simple as can be, local and seasonal.”

Rose hit the map big-time in 2010 with his first solo restaurant, Rose & Sons, a reincarnated greasy spoon in the city’s Annex section.

“We’ve done American diner, Canadian barbecue and MIddle Eastern,” he said. “But California cooking is what I first learned, and I’m finally getting the chance to do it here.”

Do poppy and sesame pair well with pale ales and stouts?

If you’re in Philadelphia next Saturday, here’s your chance to find out. Adam Willner’s Knead Bagels is teaming with Connecticut’s Two Roads Brewing http://tworoadsbrewing.com/ on the first-ever Bagels & Beer Lunch.

According to Philadelphia Magazine, $20 gets you three courses of bagel sandwiches, each paired with a Two Roads brew. Adam Willner, Knead’s chef/owner, will discuss the pairings.

The bakery posted a slew of ads on Craigslist this week soliciting talent for key roles behind the counter. Sadelle’s is slated to open this month.

“We do not require prior bagel experience,” one ad notes, though applicants “must be focused, hard-working and possess a sense of urgency.” We need those bagels and lox, stat!

Are Delis the New Shuls?

It seems so, at least to Jackson Connor, who writes in Vice about rediscovering his Jewish roots through schmaltz and sturgeon.

For Hebrews fallen by the wayside, “food is very easy,” comments Gary Greengrass, the third-generation owner of legendary New York appetizing joint Barney Greengrass. “It’s not like you have to listen to the rabbi’s sermon. You go and have a good meal, and you can observe that part of being Jewish.” 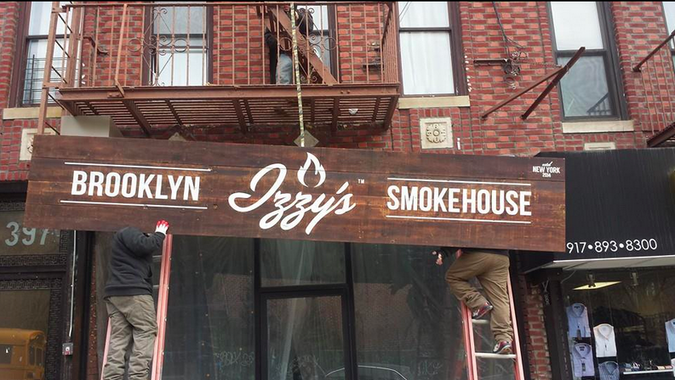 The sign going up at Izzy’s back in January.

He could have grown his own cow in the time it took to open, but Sruly Eidelman has finally cut the ribbon on Izzy’s Brooklyn Smokehouse, Brooklyn’s first stand-alone kosher barbecue joint.

Back in October, the Forward reported that the restaurant — then called Izzy’s BBQ Addiction — was to open “within the month.”

Catching up with Eidelman four months later, Dish learned that Eidelman had been in a kind of carnivore limbo as “strict zoning and permit regulations” held up the debut.

But as of late last week, Izzy’s 600-square-foot Crown Heights space — and a massive Smoke-Master 250RFS stainless-steel wood-burning barbecue pit imported all the way from Texas — are finally welcoming crowds. Dish will visit soon and report back on Eidelman’s Central Texas-style ‘cue.