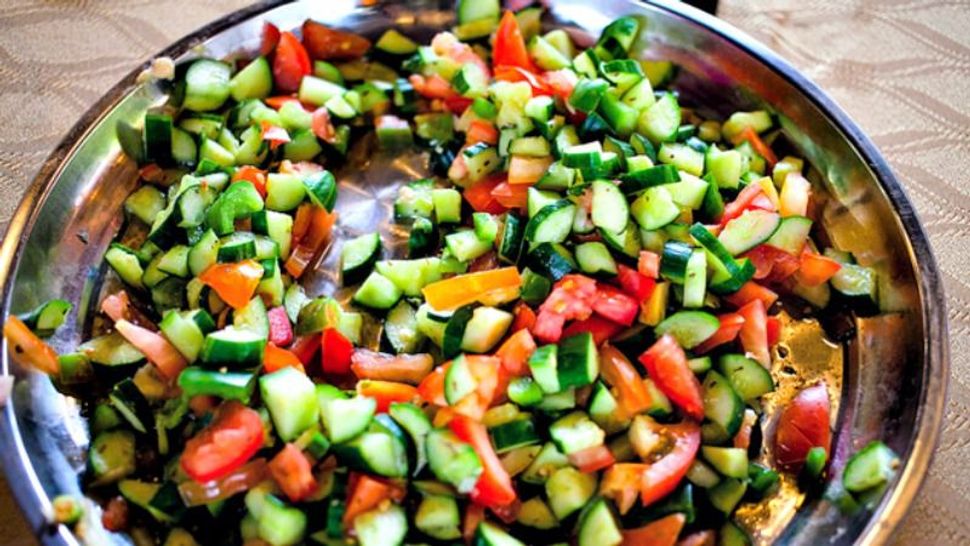 Husband-and-wife team Itamar Srulovich and Sarit Packer were both born in Israel, where they met in a restaurant kitchen. Together they moved to London and opened Honey & Co., a restaurant that highlights the foods of their homeland.

In a talk for the British Jewish organization , they spoke about their culinary journey, while showing the audience how to make a quintessential chopped salad.

“This is our little taste of home,” Srulovich said toward the end of the demonstration. “And it’s great for us to see how in recent years everybody talks about Israeli food, which was not a think five or six years ago.”

He continued: “It’s great for us to look at Israel growing and becoming more confident in its food and not looking west anymore but sidewise to its neighbors and backwards to its traditions. This dish, which is of course an Arab dish and a dish of the middle east is the national dish of Israel, and we think how great it would be…”

“…to share more things, rather than focus on the things that differ us,” Packer broke in, finishing her husband’s thought. “But remember that we all enjoy the same flavors, come from the same place, and should be closer for that.” 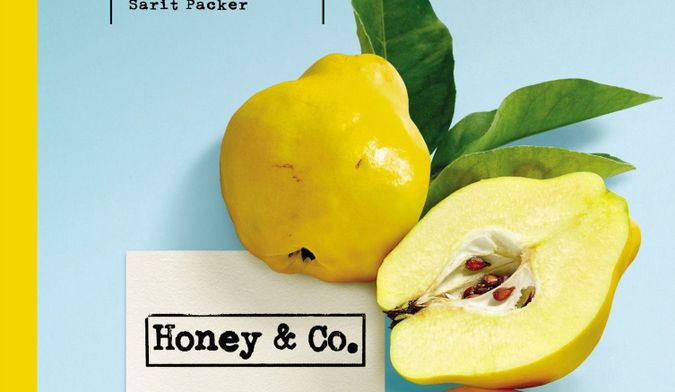 We published a review of the couple’s “Honey & Co.” cookbook, which we named one of the best Jewish cookbooks of 2015. 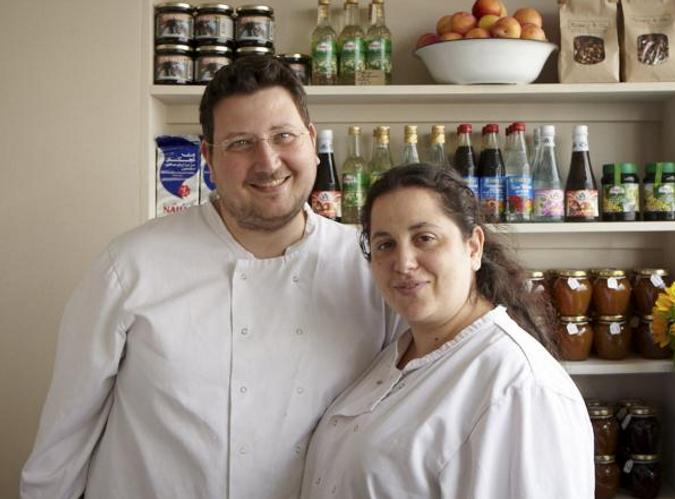 For more on the couple behind Honey & Co., you can read this.