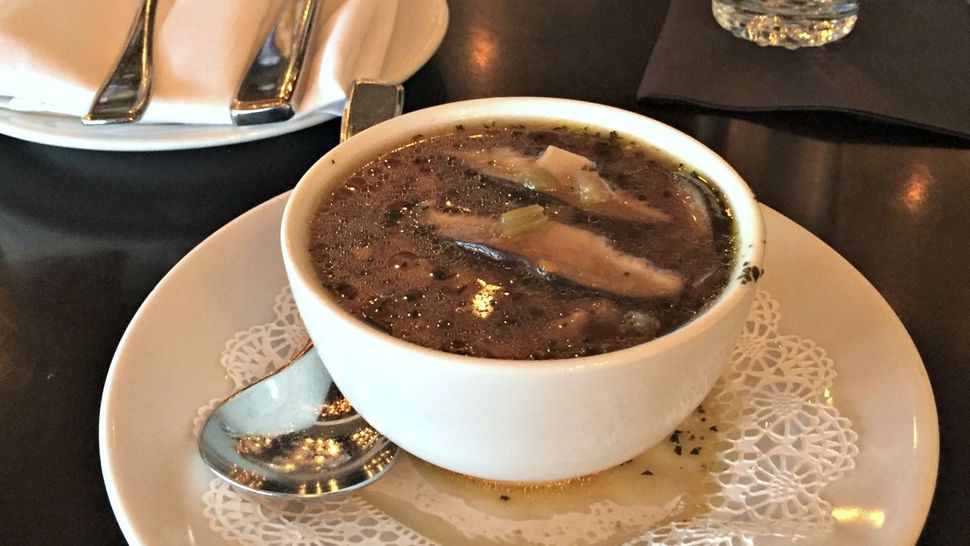 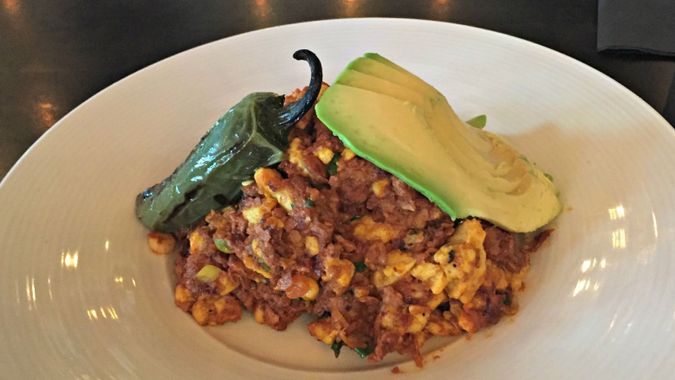 Tal Ronnen’s Crossroads respectfully declines to make modifications to its dishes but if you have allergies the staff will make sure you eat safe.

The already small menu at this L.A. eatery is further reduced if it is tree nuts that cause you physical discomfort, but all a diner should need is two, perhaps three, tasty dishes at noon.

You may be satisfied with your remaining choice, though you may be mildly disappointed, as this lunchtime journalist was, by the dessert choice, which was limited to sorbet or nothing.

But lunchtime is the best time to avoid the crush at the dining room of Oprah Winfrey’s favorite vegan chef and author of the best-selling “Crossroads.”

One of the best vegan restaurants in America is appointed with an expansive bar counter looking out over a series of plush black banquettes. It has a narrow but surprisingly excellent Scotch selection including Macallan 12, 15, 18 AND Rare Cask as well as, standing beside them, in the vegan aesthetic (though of course Scotch is vegan!), a refreshing quinoa vodka.

Crossroads serves brunch seven days a week and the brunches are even more reasonable than the evening meals. That means a two-course brunch will end up nearer to $25 per head than the $40 or so that you would spend at night. (That estimate excludes a sampling of aforementioned whisky.) 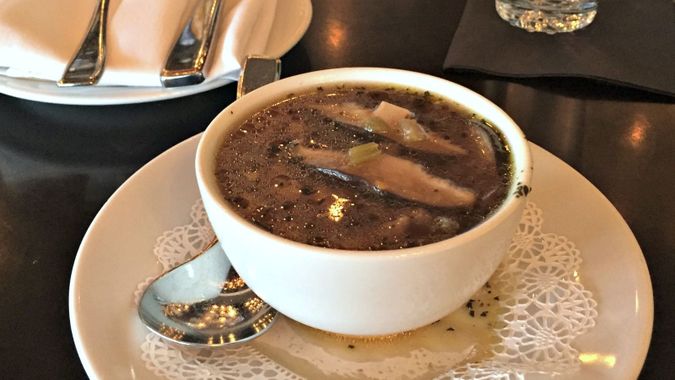 The mushroom soup was a tweaked update on mushroom and barley; redolent of the forest. It lacked the sweet meatiness brought by the wine-splashed beef broths that often underpin these hearty soups but made up for it with a carroty, woody dimension. It was excellent, tasty and fiery with pepper. Farro replaced the barley, nestling in the bottom of the bowl with carrot and celery, underneath the floating spices and savory mushrooms.

The veggie chorizo scramble came as a delectable mound of egg-like stuff, chorizo-like stuff and corn. Leaning up against one side was a quarter of light green avocado sliced, and leaning opposite it, a jalapeño chili lightly blackened by the grill. The chorizo was, accurately, spicy if a little too tomatoey, the scramble was light and fluffy.

Faced with the prospect of a drizzle of vanilla bean crème anglaise over an apparently nut-laced chocolate bread pudding that was likely to result in the use of my epipen, dear reader, I ate the pepper.

Dan Friedman is managing editor and whisky correspondent of the Forward.