By the Way, a Gluten-Free Kosher Bakery 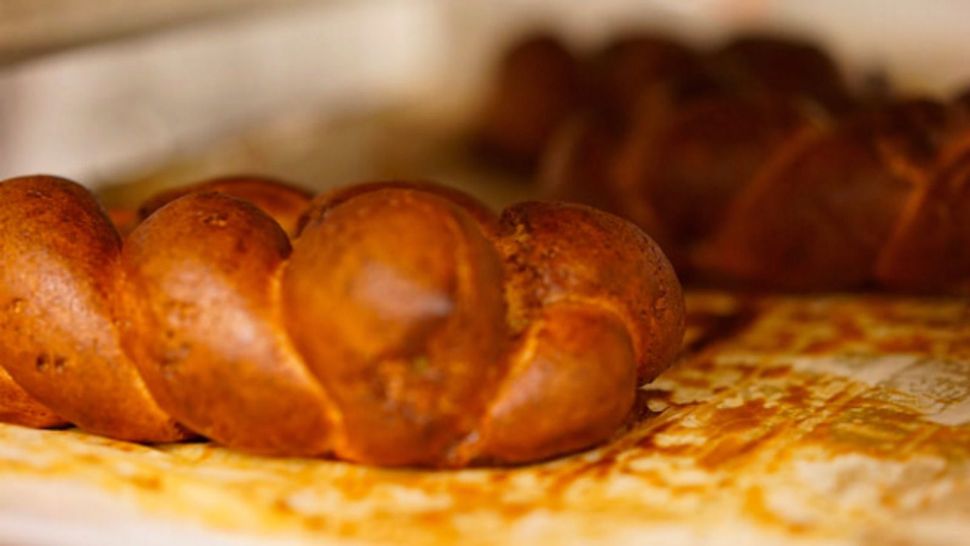 Image by Courtesy of Helene Godin

For 22 years, Helene Godin was a hard-charging lawyer for companies like Audible and Bloomberg.

These days, she’s a different kind of advocate. As founder of , a purveyor of gluten-free, dairy-free and kosher breads and desserts, Godin’s become an unlikely champion of alternative eating.

For someone who swears she couldn’t bake before beginning her business, Godin’s come a long way.

By the Way Bakery was born in Hastings, “the sleepy little village” where Godin lives with husband Seth Godin, the internet marketer and author. After she quit her in-house counsel job with Bloomberg LP, she was walking “our two blocks of downtown and came up with this wacky idea to open something in food service.”

Since the newly unemployed Godin had been spending more time in supermarkets, she also noticed the increase in gluten-free products. Deciding to take a class at the Natural Gourmet Institute, she registered for the only session with an opening — a five-day boot camp in vegan baking. “But vegan baking was just too hard,” she says. “Eggs provide flavor notes, and they’re a binder. Vegan lasted two months.” 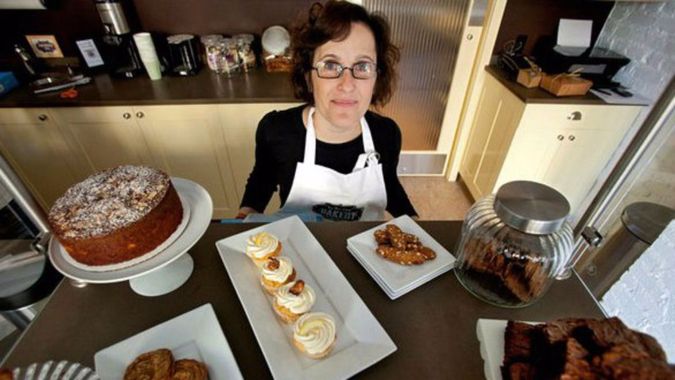 Helene Godin at By the Way Bakery.

Godin decided to do it her own way. “I chose to invest the same energy I had devoted to the law to winning the case in the kitchen,” she says. “Extensive research and hundreds of experiments finally led to the first successful recipes. That was followed by research on purveyors, and spreadsheets to confirm that that business model made sense.”

Her homework paid off. Godin’s first location was an instant hit. Three years later, Godin opened a tiny storefront on Manhattan’s Upper West Side storefront; its success helped By the Way crack $1 million in sales. An Upper East Side outpost that opened late 2015 has “exceeded all of my expectations,” she says.

Godin’s lush cookies, cakes, brownies and muffins have earned a fiercely loyal following, even winning kudos from some notoriously hard-to-please food bloggers. “Our almond cookies are a sensation in Westchester,” she says. “And in the city, the chocolate chip cookie outsells it.” But it’s her oat-based, gluten-free challah — a new addition — that’s become a smash, routinely selling out hundreds of loaves every Friday.

Not surprisingly, Godin did some serious research before bringing her challah to market.

“Jewish law requires that for shabbos bread to be acceptable for Hamotzi, the blessing over bread, it must be made of one of the five grains — wheat, spelt, barley, rye or oats,” she explains. “Unfortunately, the first four grains contain gluten. For a baker of gluten-free bread, this poses a challenge, as oat-based bread can be heavy with a doughy texture.”

Godin teamed with Rabbi Aaron Mehlman, By the Way Bakery’s kosher supervisor, to find a solution.

“We worked closely over more than a year to ensure the challah had a sufficient amount of oat flour so that it provided a noticeable taste of oats,” she says. By the Way’s bread flour mix contains 57% oat flour, with white rice flour, brown rice flour, sorghum, tapioca starch and potato starch comprising the rest. “That provides not just the opportunity, but also the requirement to recite the Hamotzi,” says Godin, who grew up in a kosher home. “If I tell someone my challah meets Orthodox standards, I don’t want to let them down.”

But Godin’s keeping her head down, focusing on her own expansion. “I’ve love to open abroad, maybe even Paris,” she says. “And the Japanese love anything quirky and American.” Along with eyeing more New York City locations, she’s starting to scout Chicago, Los Angeles and San Francisco. Wholesale growth is also on the radar; By the Way Bakery’s in nine East Cost Whole Foods stores, and Godin wants to ramp that up.

“People are getting to know us,” she says. “They’ll start with a cookie and a cup of coffee, and then, when they trust us, they’ll get a layer cake. I love hosting people. I love food. And I love community. I’m lucky I get to put those pieces together.”

By the Way, a Gluten-Free Kosher Bakery