Canter’s Deli Doubles Down — and All the Weekly Dish 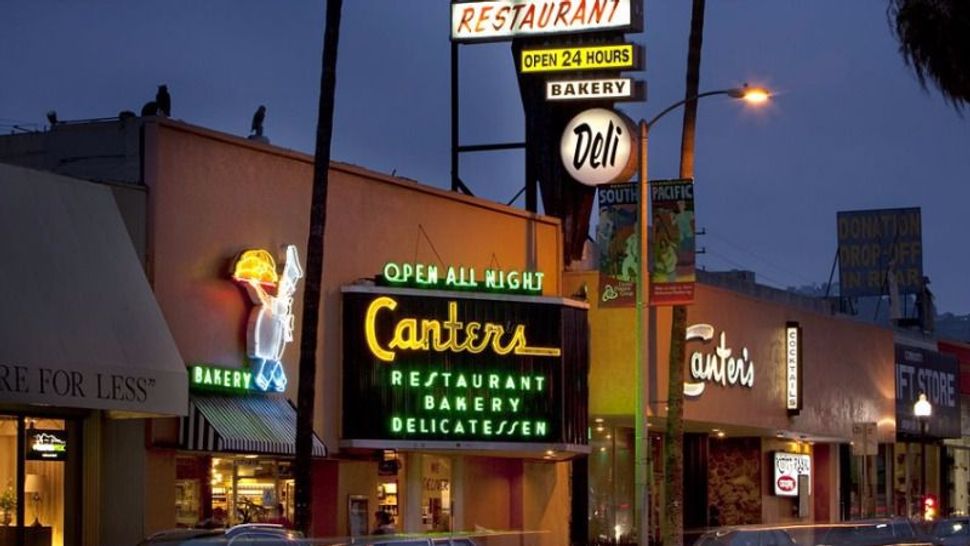 Image by Courtesy of Canters

Canter’s Deli, an L.A. icon, is trying its hand in Las Vegas (again).

Three years after retreating from Las Vegas, where it had opened an outlet at the Treasure Island casino, is coming back in a big way.

The iconic L.A. delicatessen will open a 4,200-square-foot branch at the Linq, a splashy new gambling resort on the Strip.

But Canter’s isn’t stopping there, says Eater. The deli’s doubling down with a second, even bigger, Vegas location at Tivoli Village, a suburban mall. That one’s 5,600 square feet — and will cost more than $2 million to build.

It sounds like Frankel’s has been in Brooklyn forever, with its smoked fish, pastrami, bagels, chopped liver, brisket and other staples.

But the white-tiled appetizing store hasn’t even opened. You’ll have to wait until Saturday to sample the goods that brothers Zach and Alex Frankel, and chef Ashley Berman, are preparing — many based on family recipes.

Now, for the latest episode of As the Deli Turns:

Sarasota had no delis. Then it had two. Now it has one.

Doc Sam’s New York Deli, which had been Sol Meyer’s before a business disagreement forced out a partner, has closed just weeks after celebrating its new name with a ribbon-cutting.

The city’s now left with one Jewish deli: Sol’s, from the guy who left Sol Meyer’s a few months ago. Got it?

New Chef at JCC in CT

Café J, the soon-to-reopen restaurant at the Mandell JCC in West Hartford, Connecticut, has a new chef.

The restaurant shuttered in January for an overhaul. A friends-and-family opening is set for April, with a grand opening slated for May.

It’s not a new kosher airline. Frum-Air is the new kosher oxygen bar in Teaneck, New Jersey. Customers pay $17.95 for 20 minutes of 99%-pure oxygen delivered through a tiny device inserted into the nostrils. For another two bucks you can bubble oxygen through a flask with scented oils.

We’re not making this up.

Frum-Air is the brainchild of Yossi Averman, a former accountant who discovered oxygen bars on a trip to Seoul, the Jewish Link of New Jersey breathlessly reports.

A Muslim from Iran is the only person providing kosher products to the 5,000 Jews in Cologne, which is Germany’s fourth-largest city.

“It’s impossible to make a living from this,” he tells The Times of Israel. “In Cologne, you can’t survive by running a kosher-only store.”

Canter’s Deli Doubles Down — and All the Weekly Dish