A Whole Wide World of Whisky 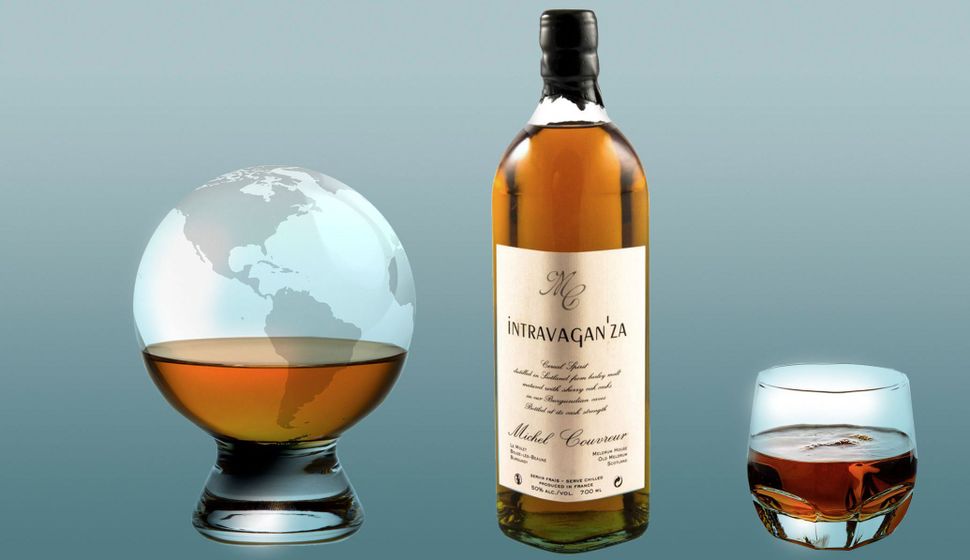 Two lions stand In front of Japanese temples one with mouth open, one with mouth closed. Tradition has it that one is modeling the start of the Om chant, the great exhalation and opening of self to universe. The other lion, it is said, is ending the chant — bringing it to a close and pulling back to the individual the wisdom of the universe. Folk wisdom, though, suggests that one is waiting for a drink while the other is already swallowing.

By inventing World Whisky Day (given the imprimatur of the Scottish parliament in 2014) Bowman has been lion one, opening our mouths every year on the third Saturday of May. And by writing “Single Malts but Don’t Call Them Scotch” for The New York Times (albeit without mentioning World Whisky Day) Asimov is lion two, having us swallowing excellent whisky from around the world.

I was going to write a piece for WWD and this week’s Torah portion, Emor — “Speak” — pointing out appropriate whiskies from as many continents as possible. But not only did Asimov speak out, he chose excellently. Especially spot on were his choices from Japan (Hakushu 12 year old), India (Amrut’s 46% alcohol) and America (Balcones Single Malt 53% alcohol).

I would only contradict Asimov on his choice of French whisky. He recommends Warenghem Armorik Breton where I would also taste Brenne and Michel Couvreur and then choose the latter. Where French whisky can be tasty but a little vaguely mid-palate (and that’s a general criticism of the world whiskies), Couvreur is crisp, like an excellent cognac. It’s a bit of a cheat because it’s Scottish whisky taken to France to age in burgundy barrels, but the aging is so crucial that we should let it lie, c’est la vie, as they say.

As he points out though, there is excellent single malt whisky around the world now. Amrut has a fine set of expressions and I can’t wait to try the Taiwanese whisky that Asimov (and his co-conspirators) tried. I would only really supplement his suggestions on the American front with a single malt that I’ve written about before and a couple of bourbons because, though Asimov confined himself to single malts I know there are some readers out there who need, and I mean need, bourbon.

So, for American single malts I’d go to Westland Whiskey. Compared to the world whiskies that are tending to golden toffees and butter, Westland has some depth and darkness that lingers — in a good way. The sweetness becomes fruity and, as I said last time, Seattle that gave us the new American coffee has provided us with the first American coffeehouse whisky.

And, for those special folk who need a bourbon to brighten up their shabbes, I’d go with Widow Jane distilled in Brooklyn with water from Rosendale, New York. My bottle, from barrel 669 is aged 8 years and, despite my friend’s insistence that it’s a little medicinal, I find it clean, sweet and delicious. Plus, I can feel like a locavore while drinking it.

Emor tells how Moses explains all the rules to the priests and the Children of Israel. I suggest doing a l’chaim with the whisky of your choice for every new law.

Dan Friedman is whisky correspondent and managing editor of the Forward.

A Whole Wide World of Whisky