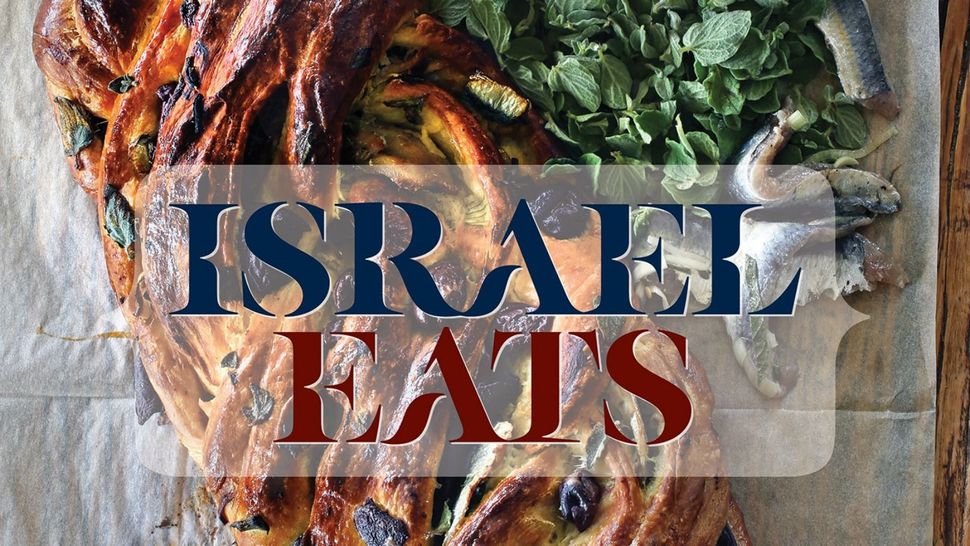 Image by Courtesy of Gibbs Smith

This is a sporadic column in which the writer evaluates a new cookbook by making some of its recipes, sharing them with friends and asking her guests what they think of the results. She recently cooked her way through “Israel Eats” by Steven Rothfeld with Nancy Silverton (Gibbs Smith).

A food photographer in his mid 50s who’s traveled all over the world goes to Israel for the first time and falls hard for the Jewish State. Food plays a major role in his new infatuation. Said photographer convinces a celebrity-chef friend to help him create a book about Israel’s culinary scene.

That’s a short summary of how “Israel Eats,” by Steven Rothfeld with an introduction and 10 recipes by Nancy Silverton, came about.

The recipes, however, aren’t always as successful. Numerous chefs contributed to this book and the recipes apparently were tested, but unfortunately, not well enough.

Going into this Taste Test, we had a hell of a time deciding what to try. It’s a good problem to have, but this may have been one of the hardest decisions ever, especially since I had interviewed the author in person and he raved about nearly every dish.

My friend Hannah agreed to take the dessert, and I chose several mezze-style appetizers, because I couldn’t choose just one. That turned out to be both good and bad. This was the first time in several years of Taste Tests that something came out absolutely inedible and ended up in the compost, so at least we had other things to try.

We started with Old City lemonade. Given that we are a cocktail-enjoying crowd, we thought we’d use it as a mixer. Unfortunately, it didn’t have enough flavor to do so. Rind of a Meyer lemon is blended with water, juice, pulp and honey, then the rind is strained out. We found the lemonade bland, probably because the proportions were wrong. (This continued to be a theme throughout the night.) We kept adding more honey to it, and even with vodka, Lemoncello and fresh mint it didn’t do much for us.

Reading the roasted beet carpaccio recipe, my better judgment had me questioning whether one could really roast small beets in a 500˚ oven for two and a half hours and end up with something edible. While I usually roast larger beets in foil for less than half that amount of time and at lower heat, the photo of the crimson carpaccio screamed “Make me!” — and I was only too happy to oblige.

The recipe said the cooked beets should look like pieces of charcoal at the end – and they did after two hours, so I stopped there. But after peeling off the charred skin as instructed, there was nothing left inside to slice and serve. I was devastated by the waste of perfectly beautiful beets — not to mention how much energy was used. This recipe couldn’t have been simpler, but it was an epic fail.

Next, I served a halloumi cheese flower, in which pieces of halloumi sheep cheese are melted over fresh tomato slices in a skillet and topped with slices of green chile, raw garlic and cilantro.

While Hannah’s wife Becca said she could eat this for dinner and be satisfied, and everyone more or less enjoyed it, we had a few critiques to offer. For example, when making it I had a hunch that more than one medium-sized tomato – as called for in the recipe – would be needed to cover the bottom of an 8-inch skillet. I was right: I needed one and a half of two large tomatoes. My husband Paulie, our friend Aaron and Hannah all noted that this was like a Middle Eastern caprese, but because of that, they would have preferred the tomato to be fresh, not cooked. Aaron thought it would be great on grilled bread, and that roasted garlic spread on the bread would have been much better than the raw slices atop the cheese. I had to agree, though I noted that they were then talking about an entirely new dish. I too found the raw garlic — and the raw chili slice — off-putting; they overpowered the cheese for me. I must say, though, that bringing the “flower” to the table was indeed impressive.

While I wouldn’t usually serve two dishes with cheese in a row, the next one was one of the author’s personal favorites. (Okay, he said that about nearly everything, but he really put emphasis on this one.) I was glad I listened.

Arayes are a Palestinian dish with chopped lamb inside a pita, and in this interpretation, a vegetarian version is created with spinach, onions and feta. The spinach mixture is seasoned with fresh oregano and za’atar, and the pita are stuffed and then grilled, and served with a dollop of yogurt. (I served them with lebneh instead.)

Paulie called this a “beautiful dish,” with Hannah saying the filling could be repurposed for nearly anything — used on top of fish or pasta, for example. We all felt this recipe was perfect. Don’t scrimp on the fresh oregano (or substitute dried), because it really made the difference.

I made a carrot salad too, but we decided to save it for a palate-cleanser try after the main dish and before dessert.

For the entrée we chose a siniya of sea bass from El Marsa, a restaurant in Akko. Siniya is a traditional Palestinian dish in which ground meat is cooked in a kind of casserole with tahini sauce. In this case, chunks of sea bass are substituted for the meat, and chunks of potato and cauliflower are also added. The dish is garnished with a sprinkling of fresh dill and tangy sumac.

When I first the made the tahini, which was no different from so many recipes, with tahini, water, lemon juice and garlic, I was thrown off by the proportions. One and a half cups of water to half a cup of tahini? That didn’t sound right, but I followed the recipe — and found it much too thin.

I thought perhaps it would thicken in the oven, and it might have, but not enough. While it didn’t ruin the dish, we all felt it should have been thicker. Becca was the only one who said she loved this dish, while the rest of us felt it was lacking something — more acid or spice. Aaron felt the recipe showed incredible potential, but needed some adjustments to be outstanding. I had to agree.

We were all getting rather stuffed at this point, so I served minuscule portions of the carrot, cilantro, and preserved lemon salad with sweet chili dressing. The preserved lemon and sweet chili sauce, which tilted the sauce in a Thai direction, made it a good palate cleanser. While we all loved the bright flavors of this dish, as the one who made it I have to point out that I ended up with much more dressing than was needed. Once again, I felt that a perfectly good recipe had the wrong proportions, and I served a fraction of the dressing so as not to drench the salad.

For dessert, we had decided to continue with the tahini theme and try the date-honey and tahini semifreddi (a creamy frozen dessert, not unlike ice cream) with cashew brittle, since we all love date honey (silan) and tahini. I should note that the semifreddi are made with coconut milk, meaning that the dish is parve for those who keep kosher.

While Hannah, who made the dish, had her reservations — the coconut cream didn’t whip up as much as she had hoped — she was shocked at how well it turned out. We were all more than pleased with the results. Halva fans will be happy to know that it tastes like halva ice cream.

Aaron said that halva is usually a bit too dense for his taste, and this was not. Hannah had taken the liberty of adding some cardamom, because she felt the sesame flavor was a bit too heavy, and we all thought it was an excellent decision.

To accompany the semifreddi, Hannah made tahini cookies. She found the dough overly crumbly and had trouble shaping it into cookies, so she pressed it into a jelly roll pan instead. This was smart: The cookies looked nothing like the round specimens in the photo (as they were square) but it didn’t matter. They tasted like tahini shortbread, and we enjoyed them.

In sum, we felt this cookbook provides great insight and inspiration into what the chefs of Israel are making today, and will be a beautiful addition to anyone’s coffee table. However, a number of the recipes need to be refined. With some fine-tuning, they could yield some stellar results. As they are, though, they might be better for advanced cooks comfortable with applying their own knowledge and instinct.