Everything Bagel Sushi and All the Week’s Top Dish 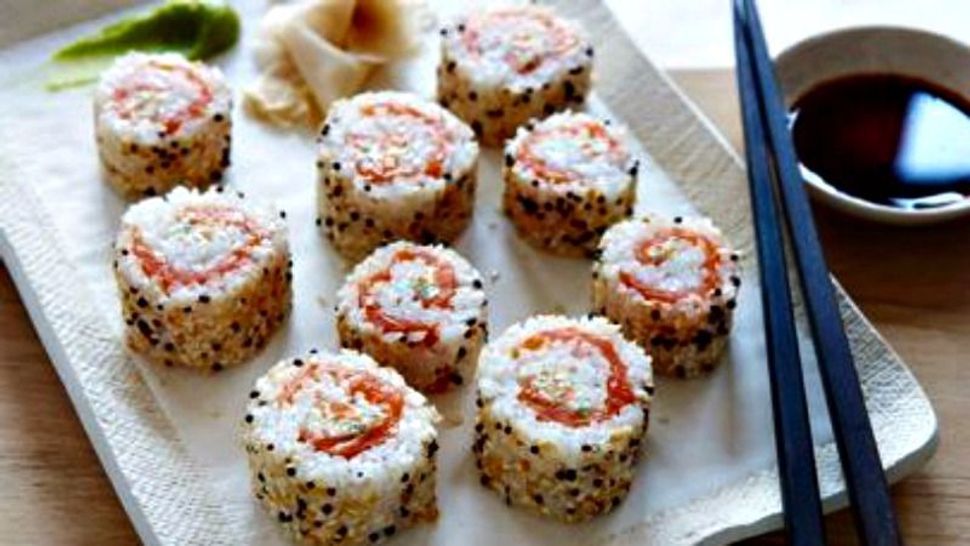 The recipe was inspired by one of the mystery ingredients featured on “Chopped” — smoked salmon. What’s not to like? 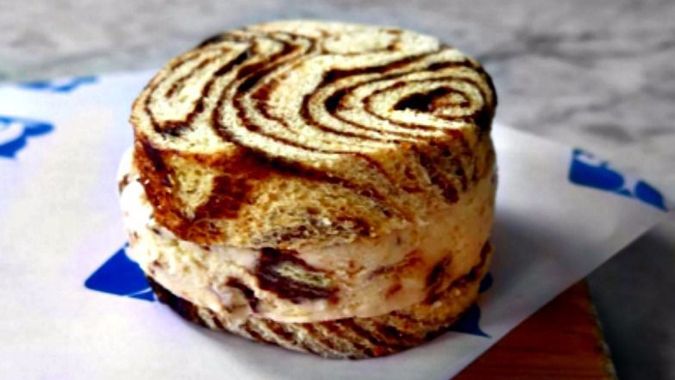 How about this for a haimish heat-wave antidote? Russ & Daughters is showcasing a babka ice-cream sandwich, which it originally rolled out in December 2015. 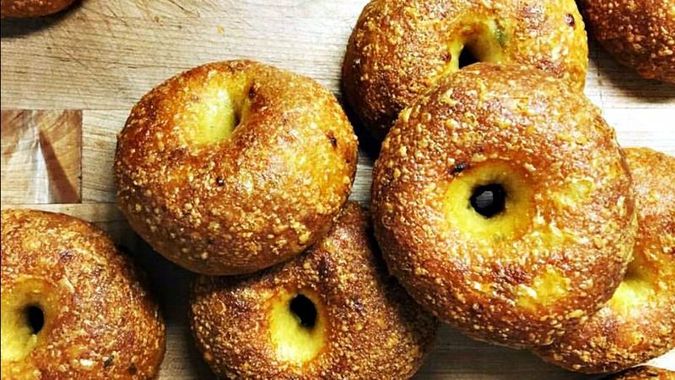 Could Boston join Montreal and New York on the Great East Coast Bagel Trail? A slew of new bagelries have opened in Beantown, with more on tap for fall, says the Boston Herald.

And The Bagel Place opened in Newton this year with flavors such as peach cobbler, pesto, pineapple-coconut and even Oreo-cookie-based cream cheese. We know — a shande.

Forrest Cook ran the kitchen at a Boca Raton deli for 20 years. But when Nestor’s Bageland closed — and Cook lost his job — his wife urged him to take his Jewish-food wizardry on the road.

Now, his Matzoballs on Wheels food truck is about to hit the road in nearby Boynton Beach. It won’t just be about matzo balls, though. Cook will also serve greatest hits like knishes, stuffed cabbage, brisket, corn beef, chicken noodle soup, cheese blintzes and noodle pudding.

Everything will be made in the truck, he tells the Palm Beach Post.

Muuna will be sold as 4%-fat cottage cheese, and flavored 2%-fat cottage cheese with fruit in the bottom of the container (strawberry, pineapple, blueberry, peach and mango) — something you don’t see in Israel, but American consumers apparently love.

Muuna may want to rethink its tagline, “A new way to cottage.” Trust us and look it up.

Not quite anarchy in the U.K., but alarming anyway: One of London’s biggest kosher supermarkets is recalling tahini and hummus products after a salmonella scare.

Kosher Kingdom in northwest London emailed customers this week to warn of “a very slight chance of salmonella” in its Shamir Salads products containing tahini, says the Jewish Chronicle.

Everything Bagel Sushi and All the Week’s Top Dish