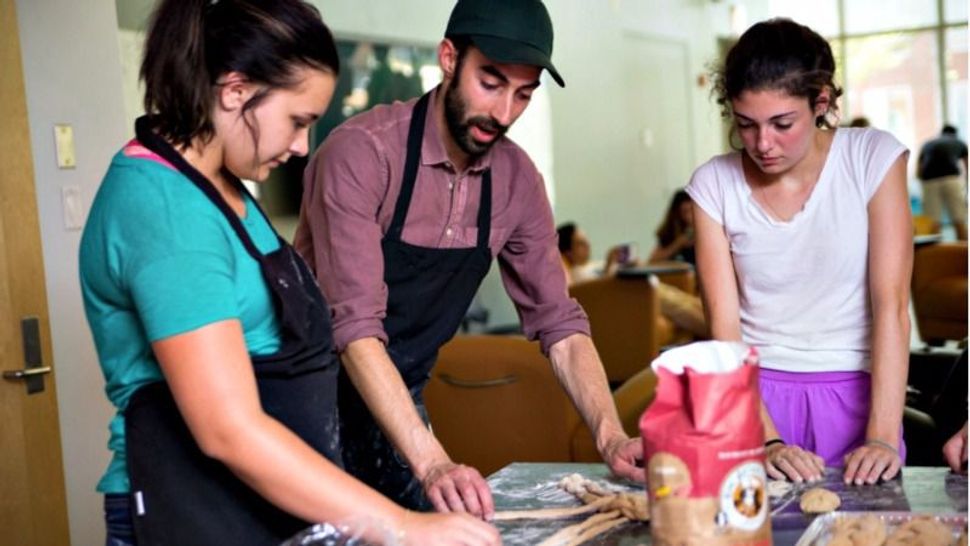 I received this note from Jeffrey Yoskowitz, half of the team, with Liz Alpern, behind Brooklyn’s The Gefilteria and the new “Gefilte Manifesto” cookbook, the day after I returned from presenting a session about food blogging to a class they were teaching at Brandeis University.

This two-week intensive class, called Culinary Arts and Anthropology, used food as a way to explore diverse Jewish cultures, personal narratives and community. By researching and preparing dishes as iconic as blintzes, kugels and borscht, the students learned about traditional foodways and how they are still evolving.

In my all-­too-brief 24 hours with this dynamic duo and their dozen students on Brandeis’s Waltham, Massachusetts, campus, I already felt invested in the kids’ final projects. I wanted to know which recipes they chose to cook and blog about and what aspect of a recipe was the hook for them. As much as I wanted to impress upon them the importance of finding their own voices, I really wanted to know their stories and taste their creations.

The students gathered from far-­flung communities across the globe to dig deeply and think critically about Jewish food: a recipe’s particular origin, how it migrated and morphed, it’s role in Jewish identity, it’s significance on today’s table and why it matters. What versions are we eating today? These are just some of the questions Alpern and Yoskowitz guided students to explore in their tasty course. 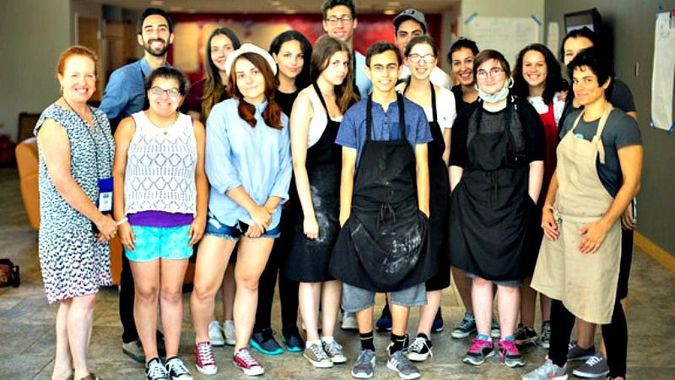 There was a load of cooking and noshing going on throughout the weeks. So much noshing, in fact, that word spread quickly to other students that the best food on campus was likely the leftover kvass, kugel or korzik made in class on any particular day. Sometimes classmates’ friends hung out by the classroom door at 9:30 p.m., hoping to grab a snack.

Rabbi Charlie Schwartz, Director of the and Genesis summer programs for high school students at Brandeis, explained how students come from as far as Moscow, Kiev and St. Petersburg. “We have a partnership with Genesis Philanthropy Group to bring Russian speaking students to our programs, which gives both BIMA and Genesis a real global feel,” he said. “It opens both the Russian-speaking participants and the non­Russian speakers to the diversity of the Jewish world. We also recruit in Israel for non­Russian speaking Israelis.”

Indeed there was a student from Israel and numerous students living in the United States with roots in the former Soviet Union. The American teens came from across the country, including Miami, Las Vegas and Tulsa, Oklahoma.

Alpern and Yoskowitz said they appreciated having kids from such a wide variety of communities. It was an opportunity to share traditions, experiences and languages. They started by teaching how to read a recipe and set up mis en place — culinary language for the collection of ingredients and tools gathered together to make a given dish before beginning to cook. They saw “great growth,” they said, as small groups learned the value of peer support and sharing different skills in the kitchen.

Lest the students forget that there is a deep and broad tradition of Sephardic foods, Jonathan Decter, professor of Sephardic studies, lectured on that culture’s history and food traditions. But first, the students spent the morning in small groups preparing date-and-walnut balls, carrot-and-caraway salad, falafel and mujadara to whet their appetites.

There were field trips, too. A walk across campus led to the rooftop farm where students were surprised to see how cucumbers grow. They picked carrots, beets, peppers and herbs, which they learned how to clean and chop in the knife skills class back at the kitchen.

The students appeared excited as Gabel discussed Jewish fusion mashups and the food scene in Boston. The conversation laid the foundation for a scavenger hunt, where the kids explored the market as anthropologists. They were challenged to find an item particular to Boston (think hard cider and popovers); a unique pickled creation; a food with a Jewish background; and a raw ingredient they would like to cook with.

When Alpern and Yoskowitz asked their students if they were familiar with iconic Jewish foods, they were surprised at some of the responses. Most didn’t know what knishes, cholent or kugel are. Only one student knew what mandelbrot is and most didn’t know what rugelach are. The most commonly known iconic foods were bagels and babka. 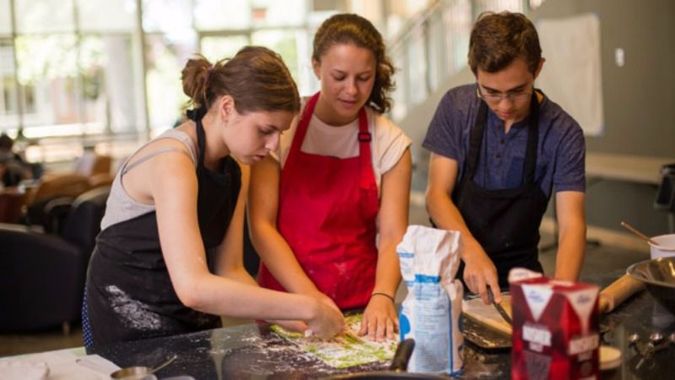 Students from around the world gathered at Brandeis to learn about traditional Ashkenazi foodways. Image by Ty Ueda

Alpern and Yoskowitz said they suspected that some of this is generational, which makes them all the more excited about the culinary traditions represented in “The Gefilte Manifo.” The two enthusiastically embraced their role as introducers of Jewish food culture by way of exploration, both academic and hands on. Their stories and recipes are a love letter to our Ashkenazi grandparents’ foods, brought to today’s young home cooks. They speak to their own generation, with sumptuous photos, friendly voices and great pride. This is the food they grew up loving to eat; the Ashkenazi foodways they have invested years to explore deeply and sometimes, to re­think.

It seems fitting that final projects were individual posts gathered in a class blog. Each student reflected on one recipe he or she chose to research, cook and document with newly acquired photography skills. By using primary resources — mostly older, text-heavy cookbooks found in the university library — students wove newly discovered personal narratives into new favorites like falafel, lukshen kugel with roasted plums and New York cheesecake.

It was exciting to realize that when they returned home, the teens would be bringing their newfound knowledge and appreciation of classic, traditional foods — and a good measure of the history and culture that go along with them.

Liz Rueven is author of the blog KosherLikeMe.