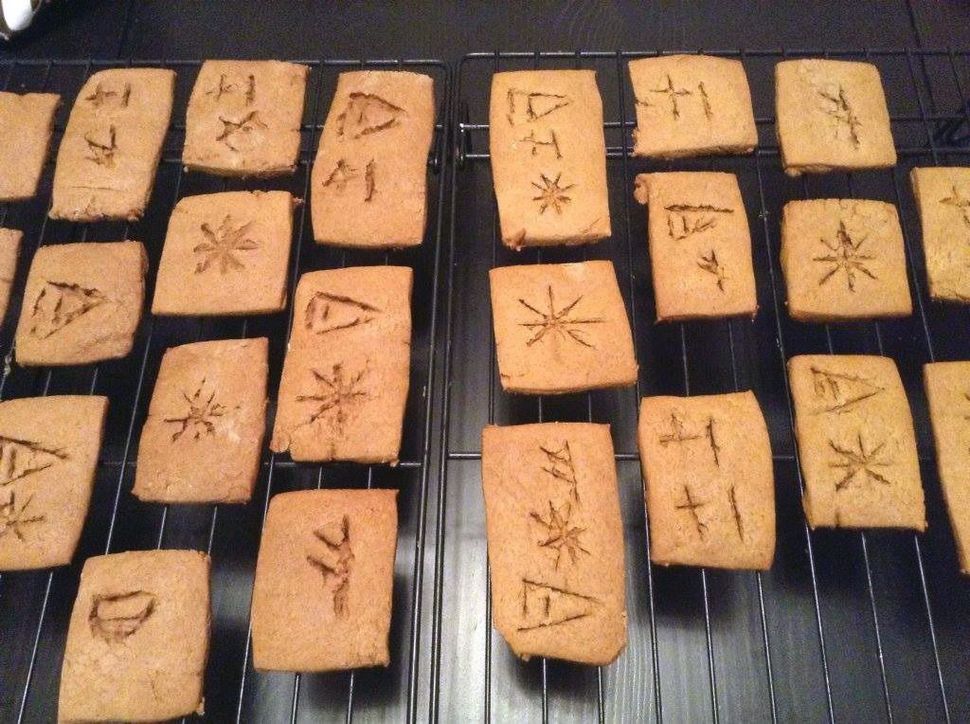 Image by Courtesy of Katy Blanchard

Katy Blanchard of the University of Pennsylvania was kind enough to share the recipe she uses in order to make cuneiform cookies.