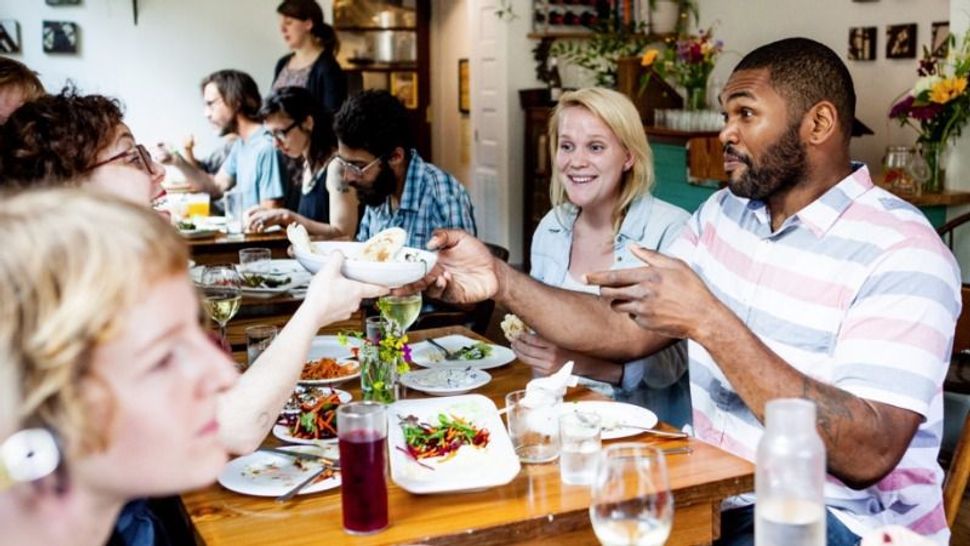 Sharing an Israeli-style feast at 1000 Figs. Image by Courtesy of 1000 Figs

Until Alon Shaya opened his amazing James Beard-award-winning Israeli restaurant in New Orleans, the city didn’t register as a place to go for Jewish food. But it turns out that Shaya is far from the only eatery offering excellent Jewish cuisine, whether Israeli or of the deli variety.

Jews have been living in New Orleans since the 18th century, so it’s no surprise that they made their mark on the city’s famous food culture. Although your mind may not jump to falafel or bagels when you think New Orleans, you’ll find that the following eateries are well worth a visit. 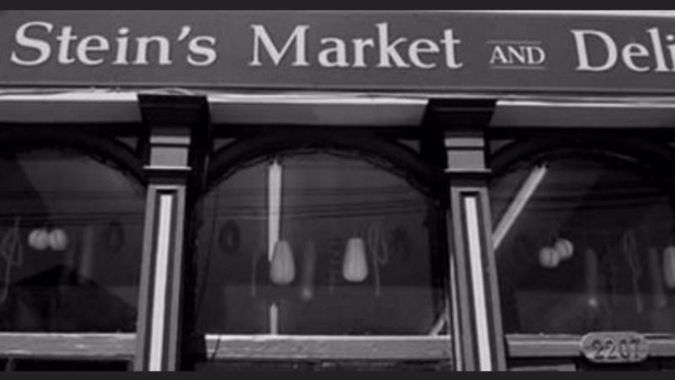 Stein’s is a Jewish and Italian deli in the Lower Garden District. Image by Courtesy of Stein's Market and Deli

I make a beeline for this jam-packed sandwich shop/grocery in the Lower Garden District weekly for a giant raisin challah to eat with my Shabbat gumbo. Dan Stein, a Philadelphia native, opened the deli in 2007, and the place is always busy, especially during the lunch rush when you can wait in line for a corned beef on Jewish rye (Wednesday’s special, $11.99) or pick up fresh half-sour pickles and whitefish salad.

Bagels are flown in from Dadidovich and sold by the dozen or served with lox and a schmear. In typical New Orleans fashion, refrigerators full of beer line one wall, and diners can pick up a local brew to take home with their reubens. It’s worth braving the lunch crowds of Uptown suits for the huge, flavorful sandwiches (I recommend the corned beef and the pastrami) and Jewish deli groceries like smoked fish and pickles, which are hard to find elsewhere in Orleans Parish. 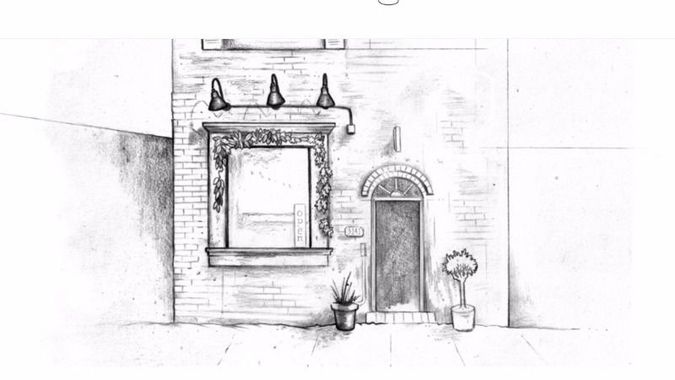 The Fat Falafel food truck began rolling in 2012, giving way in 2014 to 1000 Figs, Theresa Galli’s and Gavin Cady’s casual Israeli eatery in rapidly hipster-izing Mid-City. Grad students chain up their one-speeds outside, and Mid-City natives nosh at the window on beautifully arranged small plates and salads, with hibiscus tea or the house made lemonade.

Order the falafel, either served on a sandwich (with slaw, red cabbage, tahini, zhoug and toum for $6) or as a platter (with those extras plus greens in place of red cabbage, for $10). You can add hummus, babaganouj, pickles, feta, yogurt or extra falafel for $1. Or get an order of hummus ($6) and a glass of wine and watch the happenings on Ponce de Leon. 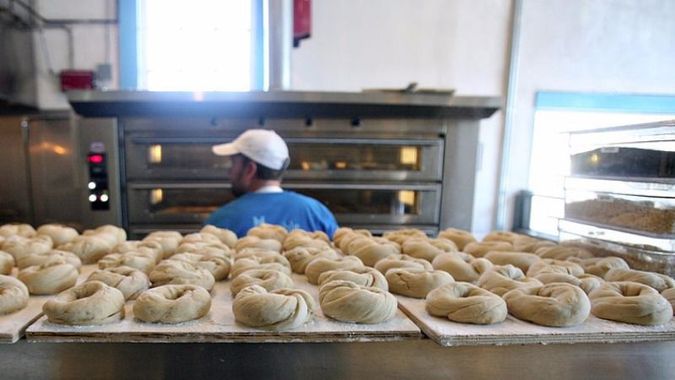 Although I get in trouble in New Orleans for scoffing at bagels from anywhere outside of the five boroughs, I must admit that Humble’s “kettle boiled, baked daily” bagels are as close as I’ve come to New York bagels anywhere this side of the Hudson. Tucked into the gentrified Freret Street Corridor, a string of post-Katrina eateries and bars, Humble stands out. Casey Mackintosh and Tara Mikhail (DC-area and Long Island natives, respectively) opened this spot with the goal of making good bagels and using quality ingredients — local when possible. They use Steen’s cane syrup in the bagels and Louisiana strawberries (when in season) for the cream cheese.

Although you can order bacon, egg and cheese on your bagel (this is the South, after all), order the lox, red onion, tomato and capers bagel ($9.10). The regular assortment (everything, plain, honey whole wheat, poppy, onion, etc.) is available daily, but get there early because they close when the bagels sell out. Take home a dozen for $15.75. 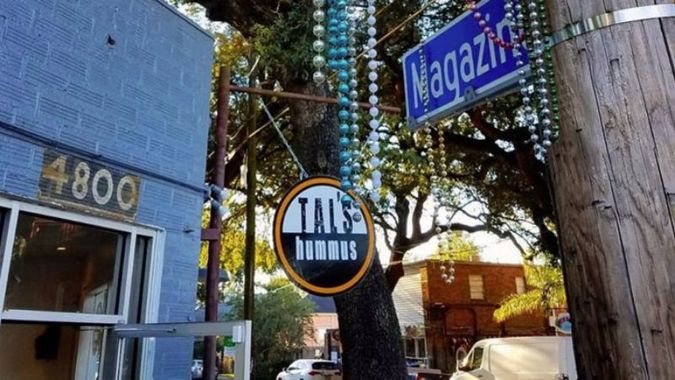 Tal’s Hummus is among a handful of great places for Jewish food in the culinary mecca that is New Orleans. Image by Facebook

This Uptown Israeli street-food spot across from the bar/music place Les Bon Temps Rouler is more causal than 1,000 Figs and draws both dine-in and take-out customers. You can sit in the cozy dining room and eat your sabich, pita hummus or falafel sandwich, or eat it on your own porch. Most options are vegetarian, and one of the best is the pita hummus sandwich: hummus, chickpeas, parsley, tahini, hard-boiled egg and pickles ($8).

The hummus comes in several varieties, including fava bean, spicy tomato and guacamole. Other notable menu options include the shakshuka ($12) and Israeli salad ($9). This is a relatively new spot, opened in May, but it has already received good reviews and as you walk down Magazine at lunchtime or dinnertime, locals can be seen eating falafel and hummus, or sitting outside when the temperature dips below the nineties. 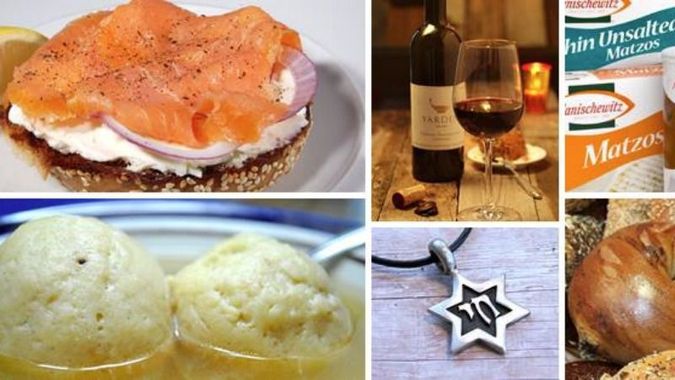 Kosher Cajun’s menu is a mix of New York and New Orleans, with gumbo and jambalaya alongside brisket, kugel and matzo ball soup. Image by Facebook/Kosher Cajun

There are very few kosher restaurants in New Orleans, and the main one is Kosher Cajun, a deli and kosher grocery in the suburb of Metairie. The spot draws a large Jewish crowd both from Metairie (there is a large JCC nearby) and Orleans Parish. The cuisine is a mix of New York and New Orleans, with gumbo, chicken and sausage jambalaya, and fried chicken on the menu alongside brisket, kugel and matzo ball soup.

Stop by to pick up a challah or sushi on Fridays for your Shabbat dinner. There is also a large take-out menu for holidays (including Rosh Hashanah, Passover, Hanukkah and Thanksgiving). And of course you have to try the “kosher shrimp” po’boy — fish battered in corn meal and fried in shrimp-like pieces, served dressed, on French bread. (Closed on Shabbat.)

Sophia Marie Unterman is a writer and teacher living in New Orleans. She earned her M.F.A. at Columbia University and her bachelor’s degree at Tulane University.