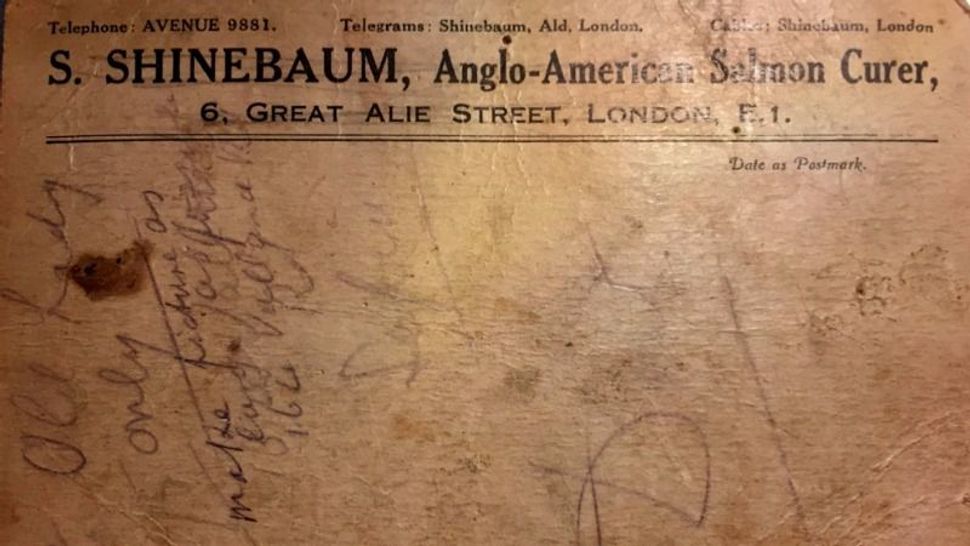 British Smoked Salmon Company letterhead, before the name was changed. Image by Courtesy of Ondine Sherwood

When Jews brought smoked salmon to the U.K., they could never have imagined the extent to which it would catch on.