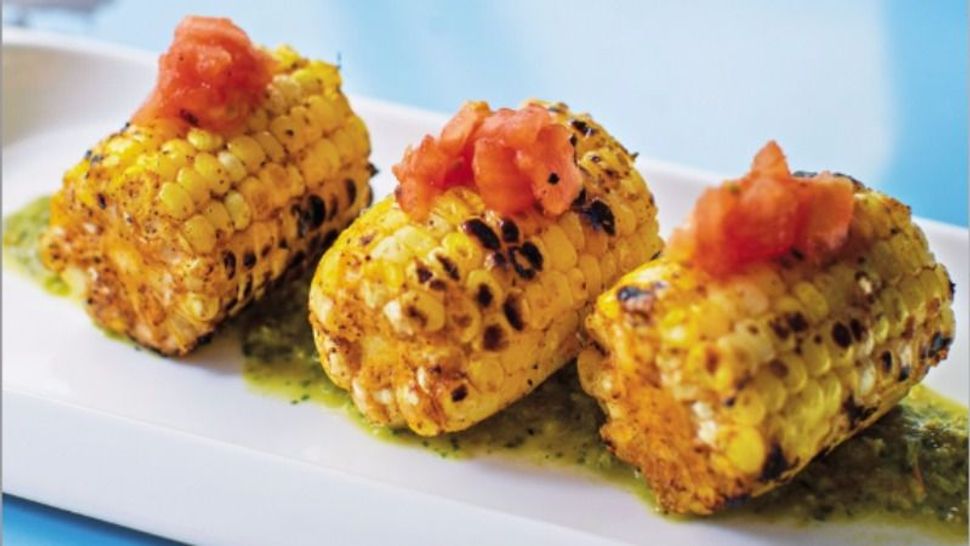 Za’atar-grilled corn with zhoug is an American-Israeli hybrid, from the new ‘V Street’ cookbook. Image by Yoni Nimroad

Of restaurant meals I’ve had around the world, my dinner at Philadelphia’s Vedge stands out. Chef Rich Landau coaxed flavors and textures I didn’t think possible from plant-based food; his wife and pastry chef, Kate Jacoby, blew me away with sumptuous non-dairy desserts. 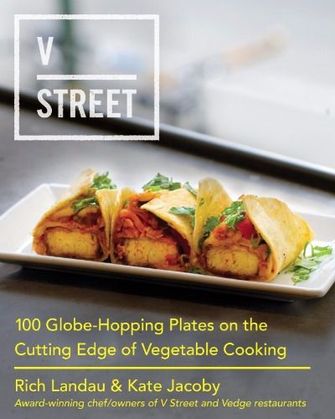 Now, the couple has come out with their second cookbook. “V STREET: 100 Globe-Hopping Plates on the Cutting Edge of Vegetable Cooking” is named for V Street, the vegan “street food bar” they opened in 2014. The book collects more than 100 globe-trotting, meat-free recipes from lush Israeli grilled eggplant to halvah ice cream to a nifty Mexican Cobb salad.

We caught up with Landau from Philadelphia.

How did your Jewish background influence your cooking?

I have always loved holiday family feasts and — of course — Jewish deli foods were my addiction. But once you learn about what these foods do to your health and how the animals are treated, even kosher, it creates an ethical dilemma. I would love to eat a corned beef special right now, but I don’t feel that my eating pleasure should be more important than an animal’s welfare. So I’ll make a tempeh Reuben instead. We love food and are out to prove that you can eat amazingly well without meat.

What’s the biggest misconception most people have of vegetable-based cuisine?

That it’s rabbit food and they will not be satisfied. People confuse vegan food with health food. And while vegan food is naturally healthy, it’s not about nuts and berries. This is a serious way of cooking that’s full of attitude and deep, satisfying flavors.

The cookbook roams all over the world in terms of cuisine. Which type of cooking lends itself best to vegetable-based interpretations?

I think that most Asian foods are the easiest to translate. Most of them don’t need meat in the first place since there is so much flavor going on.

I could eat that stuff all day every day. So clean, so healthy and such vivid flavors. It’s timeless.