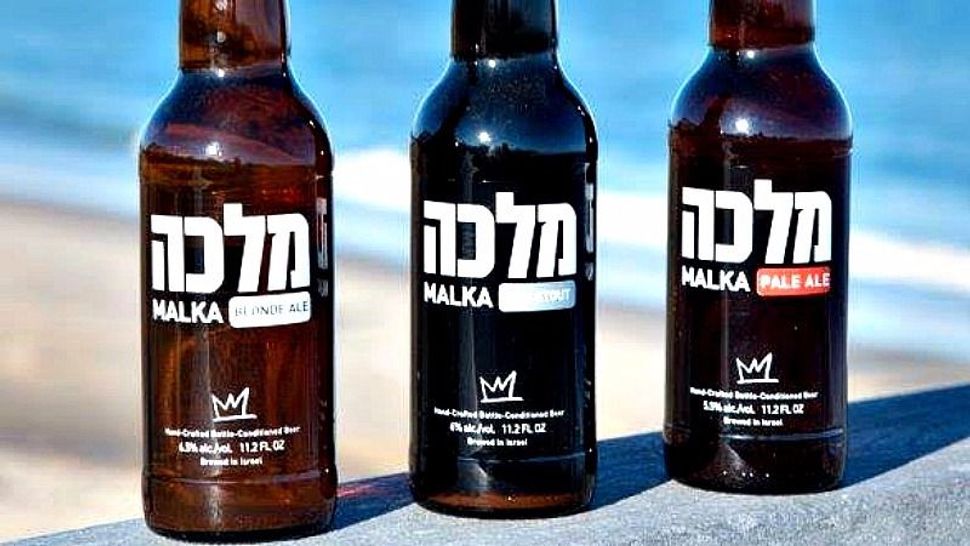 This elusive Israeli craft beer makes occasional appearances in the U.S. Image by Courtesy of Malka

I never really gave much thought to beer in Israel. Recently, however, I did some reading, and here’s what I discovered. According to the Biblical Archaeology Society:

“Ancient Israelites proudly drank beer…and lots of it. Men, women and even children of all social classes drank it…Even Yahweh, according to the Hebrew Bible, consumed at least half a hin of beer (approximately 2 liters, or a six-pack) per day through the cultic ritual of libation, and he drank even more on the Sabbath (Numbers 28:7–10). People who were sad were advised to drink beer to temporarily erase their troubles (Proverbs 31:6). Yet the Biblical authors also called for moderation. Several passages condemn those who consumed too much beer (Isaiah 5:11, 28:7; Proverbs 20:1, 31:4). The absence of beer defines a melancholy situation, according to Isaiah 24:9.”

There’s a lot I can’t relate to in religious literature, but I can certainly understand sadness brought on by a lack of beer. I also discovered that in 4th-Century Babylonia, Rav Chisda, a Talmudist, and his future son-in-law Rava ran a successful brewery. There’s also this excellent tidbit:

“3,000 year old beer mugs were uncovered in Israel in the 1960s. Archaeologists said that their find at Tel Isdar indicated that beer drinking in Israel went back to the days of King Saul and King David. An Assyrian tablet of 2,000 BCE lists beer among the foods that Noah used to provision the ark.”

Armed with this information, I feel I can boldly state the following as fact: Noah had his priorities right and beer is part of Jewish and Israeli history.

The largest brewing company in Israel is Tempo Beer (I’ve seen stats that say it owns up to 70% of the market. I can’t find an actual reference to back it up, but regardless, let’s just say the percentage is huge). Tempo owns Maccabbee, Nesher Malt and Goldstar, (and Heineken owns 40% of Tempo). The second-largest brewing company is Israel Beer Brewers, which sells Carlsberg and Tuborg. But like almost everywhere else, in Israel, craft beer is on the rise.

There are at least 30 craft breweries ranging in size and scope throughout the country. Ratebeer.com lists offerings from Dancing Camel, Alexander and Malka among its top five Israeli beers. I mention this for several reasons. a) Dancing Camel may be my favorite name for a brewery; b) Alexander beer brought its offerings to Ottawa for the National Capital Craft Beer Festival in 2015 in (although I live in New York, I was born and raised in Canada) and c) Malka beer is now available in the United States.

Malka (“Queen” in Hebrew) was founded by Assaf Lavi in 2008, at Kibbutz Yechi’am, which sits at the foot of a fortress in the Galilee. Prior to founding the brewery, Lavi had been brewing in small batch since 2004. For more on the history, you can go to malka.co.il or read Liz Sternberg’s excellent story for the Forward here. 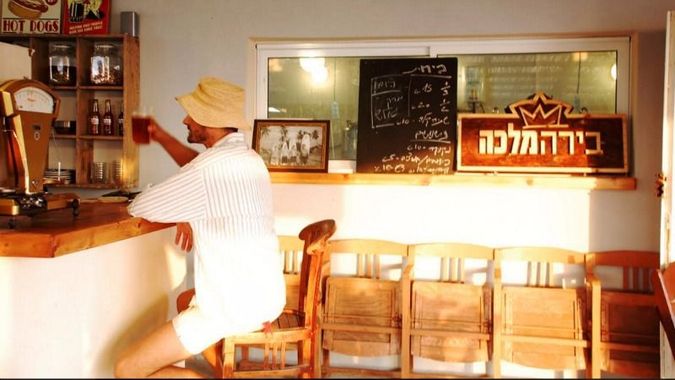 Image by Courtesy of Malka

Malka would be an excellent host/hostess gift for any holiday event (except at Passover). It would be a particularly refreshing and modern addition to the upcoming Purim festivities. Alas, the brand is hard to find in the U.S. It was available at Half Time Beverage and Hunterdon Brewing Company a few months ago, but is currently out of stock.

For information about where else it’s carried, contact Malka’s U.S. importer, Sublime at [email protected].