Got Passover-Product Overload? You’re Not Alone 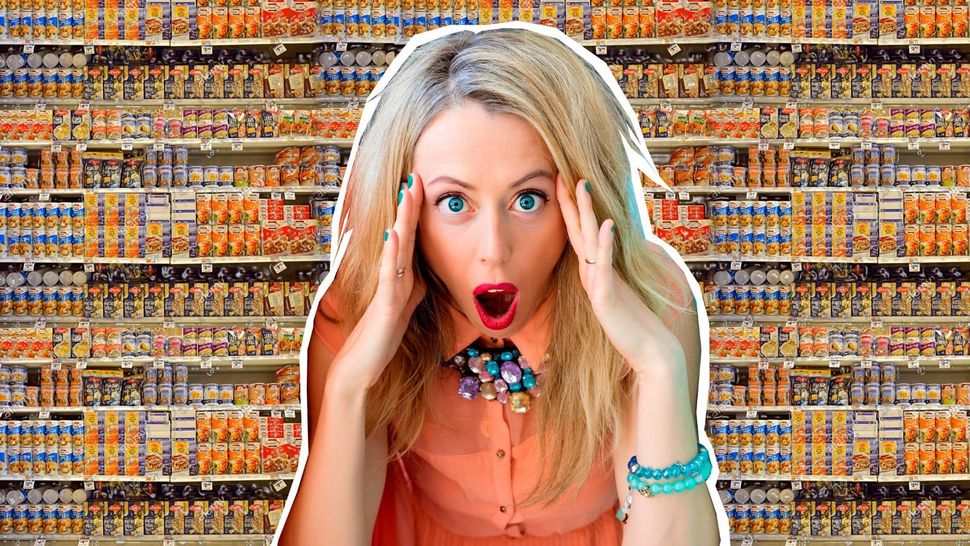 Passover, the weeklong holiday that celebrates the Israelites’ freedom from slavery in Egypt was simpler back in the day. There was just one recipe for charoset, the mixture that symbolized the mortar the Israelites used to make bricks for the pyramids. That recipe had apples and walnuts — not dates, pistachios and ginger. There was just one decorative goblet on the table for the prophet Elijah. No Miriam’s Cup. Moses’ sister was left out. We’d buy a big bottle of Manischiewitz Concord Grape wine and didn’t worry if it paired well with roast chicken. No one knew that delicious kosher-for-Passover Israeli Chardonnay even existed.

For Passover 5777, Manischiewitz is offering up 14 varieties of matzo and six kinds of Tam Tam crackers. In all, more than 300 new items have hit the Passover shelves this year.

We empathize with Russian immigrants, for whom shopping used to mean standing in a bread line. They are bewildered by the abundance and variety of consumer goods in American supermarkets.

That’s how we feel when it comes time for Passover shopping.

Remember when macaroons, the chewy, flourless, ball-shaped cookies made with shredded coconut and egg whites, came in vanilla, chocolate and chocolate chip only? Now manufacturers introduce new flavors each year, and the supermarket display is stocked with Red Velvet, Carrot Cake, Double Chocolate Gluten-Free and Rocky Road. Ooh! Rocky Road. We eagerly broke the seal and dove into the can, only to discover that it was the same old chocolate chip macaroon with a small shred of marshmallow added. We were disappointed.

Don’t confuse Passover macaroons with French macarons, the brightly colored, meringue-and-almond sandwich cookies that are trending now and cruising around the city on food trucks. Though the spellings are close, they are not at all alike. Macaroons are beige and brown, not turquoise and green. Macaroons come in a can; you get 25 to 30 for $6.86 — but you have to go fetch them yourself at the supermarket. Macarons can be delivered to your front door if you treat yourself to a monthly subscription from a fancy online bakery. A dozen run $30.

These days, even weekly food shopping requires soul-searching. Should we buy chicken broth labeled “organic and low-sodium,” “free range and low-fat” or “100% natural and no MSG”? We find a box that promises all of the above, but it costs twice as much. We also have to debate the merits of tried and true versus something new. When it comes to pesachdik food, this turns out to be easy. The new “light, whole-wheat bran matzah” doesn’t even tempt us. We’ll stick with the same old same old.

When it comes to gefilte fish, there are fewer choices. Gefilte fish don’t swim in any ocean; their native habitat is the supermarket. They are neither farm-raised nor free-range; they are tame and bland and held captive in a glass jar filled with gelatinous goo.

We’ve bought the Rokeach brand because the Yiddish word haimish was printed on the label — haimish as in unpretentious, homey and informal. We would enjoy an appetizer that fits this description, but how exactly can gefilte fish be unpretentious? Do they just sit there politely on the lettuce leaf with their carrot curl and wait to be eaten?

While we don’t know any haimish fish, we do know some pretentious gefilte fish. We’re referring to the sustainably sourced, artisanal, small-batch loaves with a layer of salmon on top that are made by hipster chefs. Our mass-produced gefilte fish have no illusions that they are special. They know they are no better than their jar mates.

Since December 2015, when the Rabbinical Assembly, the governing body of the Conservative movement of Judaism, declared kitniyot kosher for Passover, we have so many more food choices. Now it’s on the up and up to put peanut butter on our matzah, serve rice pilaf with our roast chicken, and snack on hummus and popcorn during Passover.

As Ashkenazic Jews who grew up eating Eastern-European fare, the Sephardic Passover recipes intrigue us: stuffed grape leaves (Greece), basmati rice with stewed fruits (Morocco), and chickpea dumplings (Iran), among others. These recipes all sound good to us, but we won’t be serving chickpea dumplings in place of matzo balls in our chicken soup. That would never fly.

We appreciate having lots of choices, but we’re going to pass over the “new and improved” super-tasty matzo, the “bigger and better” pesachdik granola bars, and the “self-cooking” chicken in a bag. We’ll stick with tradition, because it wouldn’t be Passover without Grandpop’s Kiddush cup, chocolate-dipped macaroons and Aunt Ruth’s floater matzo balls.

Ellen Scolnic and Joyce Eisenberg, also known as The Word Mavens, are the authors of the new book, The Whole Spiel: Funny essays about digital nudniks, seder selfies and chicken soup memories. They can be reached at thewordmavens.com.

Got Passover-Product Overload? You’re Not Alone